C Is For ‘Conservative Country Mouse’

Hardly equipped to wade into the fallout of last night’s Alberta election except to say that both pollsters and more right wing types from the ‘Calgary School’ and on the interwebs must be feeling a little glum today.

The day before the election, University of Calgary economist Frank Atkins established what exactly was at stake on a segment of the CBC’s Sunday Edition. “This is the big question right now. What do Albertans want? Do they want to be true conservatives on the right or are Albertans actually drifting to the left?”

Apparently a majority of Albertans aren’t principled or true enough conservatives for some. But I’ll leave them to battle that one out.

What did jump out at me, though, from a city perspective was a glaring urban-rural/moderate-right wing divide. Once again, cities proved to be the righter wing’s Waterloo. The Wildrose Party won only two ridings in Calgary and none Edmonton. 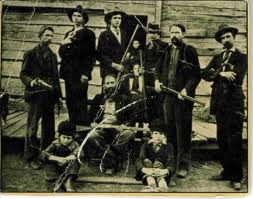 Since more than half the Albertan provincial seats are located in those two places, that’s a mountain the party’s going to have to scale at least partially if they ever want to form the government.

Which isn’t really the strong suit of the more hardcore conservative ideologues. Cities and true, principled conservatives seem to go together like oil and water, birds of different feathers or, in terms that a Wildrose supporter might understand, the Hatfields and McCoys. They don’t quite get us. They scare us.

At the federal level, Conservatives were able to pick off enough suburban ridings especially here around Toronto to form their majority government. What did we get in return? A pedestrian tunnel to our second, smaller airport. How about a national transit strategy? Yeah, no. We’re not that close.

Conservative city love (CCL) has traditionally never really been a thing. All those great unwashed huddled there, causing trouble back in the olden days. Now, joined by champagne sipping socialists demanding we scale back car use and pay $9 for free trade coffee. What’s with these people? Cities are just somewhere you go to work and get the hell out of at 5pm.

While it may be politically advantageous at this point to exploit those antiquated divisions, it’s simply becoming bad policy, and not just at the local levels, but provincially and federally as well. Senior levels of government neglect of public transit is threatening the economic well being of the region, the province and country. A ‘national tragedy’ according to Calgary mayor Naheed Nenshi.

A little overwrought perhaps but certainly a national crisis.

“Gridlock and congestion impede our mobility and productivity on a daily basis,” claims the not unconservative Toronto Board of Trade. Red Tory John Tory and the Greater Toronto CivicAction Alliance are spearheading a regional transportation initiative. “Making it easier to move people, goods and services across the Greater Toronto and Hamilton Area is critical to our region’s economic, social and environmental prosperity.” “We have far outgrown our existing transportation infrastructure, which is not meeting the current or future needs of our growing region. This outdated system is hampering our ability to realize the rich potential of our region.”

Cities matter. Overwhelmingly, Canadians are living in cities. To ignore that fact and use outmoded electoral distribution to subvert the changing demographics is ultimately undercutting the country’s future.

It also may be self-defeating in the long run for politicians who exploit it.

In our review of Tim Falconer’s book, Drive, way back when, (an aside here: come out to the launch of his latest book next Monday. There will be drinking involved.) we excitedly noted one of the conclusions he came to after driving his way across the good ol’ U.S. of A.  “People who live closer together and are less dependent on the automobile develop a different attitude toward citizenship and activism.”

We become more liberal, shall we say?

If that’s so, politicians continue to ignore us, defy us, demonize us at their peril. As more and more voters get wise to city ways, it will pay fewer political dividends to cast them as the enemy within. Just ask the Wildrose Party today.

This entry was posted on Tuesday, April 24th, 2012 at 3:46 pm and is filed under Better Ballots, City Building, Electoral Reform, Federal Election 2011, Municipal Politics, Newspapers, On The Road, Press coverage, Provincial Politics. You can follow any responses to this entry through the RSS 2.0 feed. You can leave a response, or trackback from your own site.

2 Responses to C Is For ‘Conservative Country Mouse’