The Second Day Of Christmas 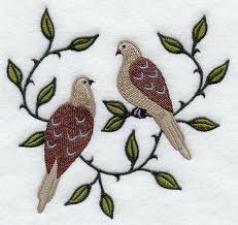 On a purely vote counting basis, no one on city council is as ideologically opposed to Mayor Rob Ford as Councillor Gord Perks. And while he does draw fire from the administration (and certainly from the mayor’s more rabid supporters in the media), it rarely seems as vociferous or vituperative as that rained down upon the likes of Councillors Carroll, Vaughan and Davis. Although oftentimes lumped in as part of the perceived evil, union-fronted, taxpayer draining CarrollDavisPerksVaughan kape, Perks seldom gets a glove laid on him in the public arena.

Could it be that Team Ford doesn’t consider him a threat to their reign of error a couple years down the road? His name is not one that pops up as someone with mayoral aspirations. So perhaps, it’s deemed a waste of energy and time attempting to cut him down to size. Just let him flail away in defence of his Ford unfriendly downtown ward that many of the mayor’s Etobicoke tribe only are aware of because they have to drive through it on their way to work at City Hall.

Or maybe it’s simply a fool’s errand for Mayor Ford or any of his brain trust to try and tangle outright with Councillor Perks as none of them possess the necessary intellectual capacity, breadth of knowledge of how the city works or the passion for it to work well and equitably that he does. It’s even worse than bringing a knife to a gunfight. It’s one of those dull butter knives with a plastic handle that snap if you leave the chunk of butter in the fridge before trying to cut it.

So Councillor Perks chugs away at council meetings and as a regular visiting councillor at various committee meetings, beating back the faulty talking points being spouted about gravy, inefficiencies and the need for cuts. His commitment is to build a vibrant and just city for citizens and not just taxpayers. That is, essentially, the wide, unbreachable gap between he and the mayor. It’s almost as if they speak two different languages.

Because ‘looking out for the little guy’ so clearly means something diametrically different to Councillor Perks than it does Mayor Ford.

This entry was posted on Tuesday, January 3rd, 2012 at 1:22 pm and is filed under City Building, City Council, Municipal Politics. You can follow any responses to this entry through the RSS 2.0 feed. You can leave a response, or trackback from your own site.

One Response to The Second Day Of Christmas