Lord knows, I am the last person who should be opining on what makes members of Ford Nation tick. It baffled me way back when upon his announcement of a seemingly quixotic run for mayor. 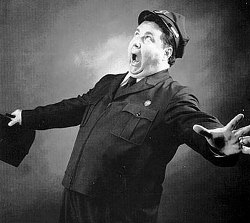 It continues to flummox me some 18 months later as he blunders from one Ralph Kramden episode to the next. (And before all you snap to at your keyboards and start firing off offended darts at me playing the weight card, that was not my intent. The Ralph Kramden reference has to do with that character’s uncanny ability, week after week, to pursue a questionable course of action that everyone else could see would prove to be disastrous long before he did. That is, if you knew who Ralph Kramden was in the first place. If not, carry on.)

To be fair, I imagine we who remain immune to the charms of the mayor are as equally mysterious to his admirers. Non-working stiffs, champagne sipping socialists, teat sucking snobs, all lumped together in a scarf and cap wearing, bike riding amorphous mass intent only on sticking it to the little guy. Or so I hear.

We ain’t engaged in a war of ideas, is what I’m saying. It’s all about image and impulse rather than debate and deliberation. You shut up. No, you shut up. The delicate art of ham-fisted propaganda and the naked appeal to our rawest emotions.

So what to do with the picture that bubbled up from the Facebook depths this week of Mayor Ford shopping at Walmart in what looks to be a hoodie and pajamas. Let’s call them his relax slacks. Mockery and disbelief immediately spring to mind. I own an outfit like that but I hesitate to even wander out into my backyard wearing it. 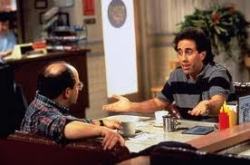 Hell, I wouldn’t be caught dead rolling the recycling and green bins to the curb adorned in such a downtime, post bath outfit.

But hey, that’s just me. Taking my social cues from Seinfeld rather than the sale rack at Winners. (Remember that episode when George adopted sweatpants as a look and Jerry chastised him for simply giving up?) There’s far too much relaxed fits wandering about on the streets for my taste, and I’m no Russell Smith although more and more I have pondered trying out a cravat on occasion. My sartorial bar is low but public displays of leisure wear do not clear it.

Certainly not if you’re the mayor of a major metropolitan city. That might’ve been fine when he was a fringe councillor from Etobicoke when nobody expected anything else from him. However, it’s something you have to sacrifice when you make the decision to pursue a higher office. Put on a pair of pants before venturing out in public. It just goes with the territory.

Then it hits me. The guy’s a fucking genius. And I’m being as serious as a heart attack here.

What better way to mobilize his base then to elicit howls of outraged indignation from the snotty, snobby fashion police amongst the downtown elite? His approval ratings are down, down, down. We’re gearing up for what could be an ugly budget fight full of cuts to services and labour disruption. 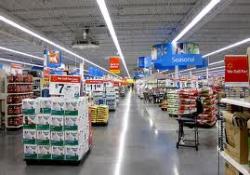 Time to slip into something a little more comfortable and head out to the bright lights of a Walmart shopping aisle to get your picture taken.

Let the derision begin and the pushback will inevitably follow.

Because I’m going to bet that our mayor was not the only one shopping at Walmart dressed down to the non-nines. Again, I don’t say that out of any particular arrogance. Sub-casual clothing abounds up and down my street. Why wouldn’t it at Walmart?

So when we go into indulgent paroxysms of glee upon seeing the mayor attired as such, many folks wonder what the fuss is about. They wear their elastic waisted pants all the time especially when they’re off the clock. Give the mayor a break. Like everybody, he’s entitled to just kick back, chillax and shop. He’s just one of us.

Just one of us. He understands where we’re at, how we think. He’s always looking out for the little guy.

While he’s generating a simmering level of empathetic understanding (those meanies…always mocking him for his appearance) he also gets an additional bonus of diminishing the office he holds. What’s the big deal? I’m just the mayor not the Prime Minister or President or Pope. 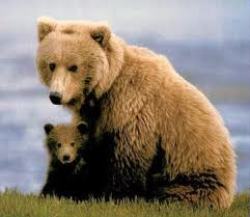 Nothing I’m doing is so important that I can’t go shopping in my pjs. Stop taking me so seriously, folks.

Then the Toronto Star runs this picture. Look at the guy. He’s stuffing his face with a patty. What’s with him and the eating in public? What a tool. What an embarrassment.

Once more, it plays right into his narrative. What’s the big deal? Everybody’s got to eat. So what if he’s lacking the media savvy to do it discretely, out of the media spot light. He’s just an everyday joe, going about his busy schedule, getting a quick bite in along the way. What’s wrong with that? He’s just like us. He gets us. He’s looking out for the little guy.

We have to stop falling into this trap. It’s too easy and ultimately benefits no one but the mayor and all his supporters who continue to see him coming under our scurrilous, personal attacks. It disables the valid criticisms we have of him and his administration. They’re simply brushed off as irrelevant, coming from haters. 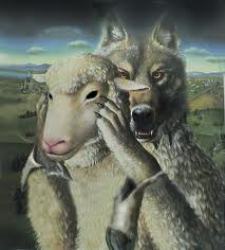 We don’t have to engage Mayor Ford that way. Personal ridicule and mocking of questionable private moments is for those not in possession of valid and reasonable criticisms. And god knows, those abound here in Ford Nation. There’s plenty to pound away at.

Let the man eat. Let him wander around in public as a private citizen dressed however he wants. That is not how he’s inflicting damage to this city. Layoffs, cuts to services, the general all-round denigration of the public sphere will not happen because we find him embarrassing. We only help to increase the possibility of all that by making a social martyr of him, a put upon figure rather than the destructive force he truly is.

That’s why we oppose him, right? Not because he’s overweight and déclassé. Right? Right?

This entry was posted on Friday, November 11th, 2011 at 12:24 pm and is filed under City Building, Municipal Politics, Newspapers, Press coverage, Toronto Star. You can follow any responses to this entry through the RSS 2.0 feed. You can leave a response, or trackback from your own site.

8 Responses to The Cat’s Pajamas