Heads up all you Toronto city council watchers. If you want to witness exactly how the Mayor Ford administration dysfunctionally functions, there’s no better place to start than spending a few hours with the Public Works and Infrastructure Committee. 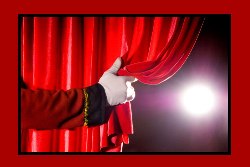 And in the end? Invariably a little more of the city has been chopped up or sold off for an ever so slight relief of our budgetary woes. All this and no cover charge to boot.

Yesterday’s gathering could’ve been so very different. There was actually serious consensus brewing, and between two committee members who couldn’t really be much further apart on the political spectrum without needing spyglasses to recognize on another. Councillor David Shiner, committee vice chair and bona fide, shark hating right winger. Last spring, if you recall, he used the committee to bring to a screeching halt the proposed Fort York bridge, citing cost overruns and it being unnecessarily ‘fancy’. This came at the expense and to the surprise of the councillor for the ward the bridge was to built in, Mike Layton, left leaning and most definitely not a member of Team Ford.

Despite this history and such stark ideological differences, these two councillors seemed to have patched things up and worked out a compromise that would see a bridge built not dissimilar to the previous one but at less cost and, more importantly, slightly smaller that opened up more land nearby to be developed.

That’s an important point to keep track off as it’ll come back as part of the fitting coda of this story. That just seems to be how the Public Works and Infrastructure Committee rolls.

Now, it’s hard to see what exactly Councillor Shiner representing the administration gave up here to reach an accord on the bridge. There was no disputing the fact that one was needed for the area. The only real nod to the previous design was to ape its appearance. Everything else met Councillor Shiner’s demands: cheaper, shorter and more to city owned property to sell. Even the timeline which would not get the bridge built in time for the War of 1812 bicentennial celebrations at Fort York was just fine and dandy with him. Hard to use the word ‘compromise’ with such an agreement. Sure you can have a bridge but only to my specifications.

It’s not like the councillor went out of his way elsewhere during the meeting to extend a hand to his colleague. Shiner led the charge to defeat an item Layton put forth to exclude bikes from a bylaw restricting chaining or locking items to city property for any length of time. It was the kind of thing that might be OK downtown, Councillor Shiner suggested, but wouldn’t work in his suburban ward. A chaotic scene of bikes locked to fences and bus shelters outside the Finch subway station. And we wonder why bylaw harmonization still hasn’t happened in this post-amalgamation era. 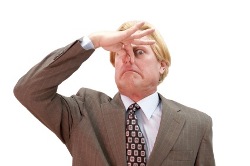 On top of which, Councillor Shiner insisted on pushing through an item that will really only serve to harass the homeless living on our streets; a situation less endemic in his ward than it would be in Councillor Layton’s ward. Is the situation so hunky dory up in Willowdale, no problems there to solve, that councillors like David Shiner have ample time to muck about in other wards, emptily pontificating on things they have only a passing knowledge or interest in? If I understood the councillor correctly, people have no right to sleep on sidewalks if he doesn’t have the right to park his car on them. (The sidewalks, that is. Not the homeless. I think.) Yeah. It was that idiotic of a discussion.

Still, Councillors Shiner and Layton overcame their differences and put forward a motion that would see a Fort York bridge built.

And then, enter the sandman, PWI Committee Chair Denzil Minnan-Wong.

Seemingly not content with what would appear to everyone else to be a victory for his side, the councillor slithered in a two part motion that would, one, direct section 37 development fees to the building of the bridge and two, specifically targeted a property, 53 Strachan to be exact, to be used as ‘leverage’ to get the ball rolling on development in the area.

Once more, at yet another Public Works and Infrastructure Committee meeting, a non-Ford compliant councillor gets blindsided by a proposal to push and/or kill a project in their ward. 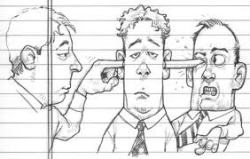 No prior consultation. No attempt to involve the local representative. Nothing more than a deliberate poke in the eye. Take that, consensus.

In the ensuing brouhaha, it’s revealed that among other things at 53 Strachan there’s a youth shelter and a community garden. Councillor Minnan-Wong didn’t appear to know that but might have had he spoken first to Councillor Layton. Why he didn’t, only Councillor Minnan-Wong would know but from the back-and-forth between the two, it seems the committee chair felt Layton had gone public after an earlier meeting between them about getting the Fort Bridge motion onto the committee agenda…

Or some such petty, spiteful bullshit like that. Committee member Councillor Gord Perks suggested it was just simply another example of proving who was the boss of the committee. Marking his territory.

Not that it ultimately mattered, as the chair’s item was soundly defeated by the committee. But it managed to cast a pall on what could be considered a minor step forward out from the partisan pissing match that now passes for debate and discussion at City Hall these days. It’s almost as if the more ardent members of Team Ford are allergic to anything that smacks of compromise or cooperation. Concession and negotiation are dirty words. They have the upper hand now so giving in on anything, admitting to any sort of negotiated settlement, is a sign of weakness.

Even in the building of a bridge, they are incapable of anything other than crass politics.

This entry was posted on Friday, November 4th, 2011 at 2:18 pm and is filed under City Building, City Council, Municipal Politics. You can follow any responses to this entry through the RSS 2.0 feed. You can leave a response, or trackback from your own site.

3 Responses to Never A Dull Moment