I tend to try and ignore the noise that emanates from the pages of the Toronto Sun. It’s not a newspaper so much as an organ of right wing dissemination. Sometimes the silliness tends to reach such stratospheric levels (I’m looking at you, Sue-Ann Levy) that I can’t help but comment. 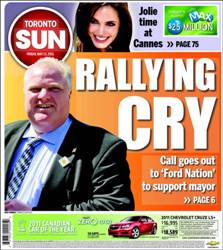 The org’s front page last Friday, however, did stop me up in my tracks. Rallying Cry. Call goes out to ‘Ford Nation’ to support mayor. The accompanying article was, if not innocuous, less propagandistic than the cover appeared to be. It seems the mayor’s office sent out an email to those on its campaign update list (aka ‘Ford Nation’), alerting them to the upcoming service review public meetings and urging them to sign up and attend. ‘Stacking’ the room as Councillor Janet Davis suggested.

Clearly, Mayor Ford has little interest in reaching out past his constituency. Instead, he’s choosing to firmly entrench it in an us-versus-them (them being the downtown pinko kooks) division that he can use to further his interests. His interests not the city’s. 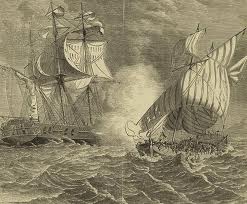 Thereby making the public consultation process for the service review less of an open forum and discussion to hear all views and more of a partisan pep rally.

But it was the timing of the Sun’s cover that really drew my attention to it. On the very day of its appearance on the newsstand and in curbside boxes, the mayor was attempting to quash requests going before the Compliance Audit Committee to have his campaign financing examined. His bid to proceed with the privatization of waste collection west of Yonge Street was headed to debate at City Council this week. The city had decided not to appeal a court ruling that ordered a by-election for Ward 9 that would take Ford foe Councillor Maria Augimeri off the council playing field until later in the summer and quite possibly install another rabidly pro-Ford member at council.

A rough and tumble patch is looming for Mayor Ford and it just struck me that the Sun might be trying to marshal the mayor’s supporters to his defense. Setting aside the most obvious argument about if this is something a so-called newspaper should be doing – the Sun is as relentless in its attack on politicians and institutions that don’t share its reactionary views as it is in supporting those that do – it is more disturbing for its promotion of a cult of personality. The mayor and his ‘nation’ aligning against the dark forces of opposition. You’re with us or you’re a’gin us.

Now, I hesitate to float the word ‘fascistic’. It comes loaded with all sorts of connotations of Nazis, brown-shirted thugs and the Holocaust. Even divorced of that imagery, to label a municipal politician as a fascist is all sorts of over-reaching and, very possibly, trite. 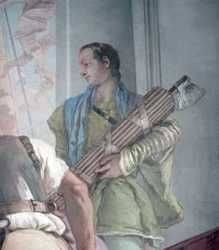 But there is a tendency in this administration and the press that slavishly backs it to exhibit elements of fascism, none more so then this appeal to a ‘nation’ of followers. It end runs reasoned debate or discussion. It’s all about gut instincts and visceral emotion. To disagree or oppose is to reveal yourself as a foe, a pinko, a kook.

It’s interesting to go through a full definition of the meaning of fascism. Take Dr. Lawrence Britt’s 14 Characteristics of Fascism for example. Again, much of it is focused on national government with aspects concerning the military or religion that are beyond the control or oversight of municipal politicians so is not applicable. Yet, some of the points are disturbingly relevant to what we’re watching unfold here.

“Powerful and Continuing Nationalism”. Ford Nation. “Identification of Enemies/Scapegoats as a Unifying Cause”. Bureaucratic fatcats. Pinko kooks. Union thugs. “Controlled Mass Media”. Obviously that’s beyond a mayor’s control but Dr. Britt talks about “sympathetic media spokespeople and executives”. Think about how Mayor Ford has frozen out the Toronto Star because of what he feels has been biased reporting against him. He referred to the Globe and Mail as a ‘socialist newspaper’ in the now infamous Fat Fuck video. “Corporate Power is Protected”. If not protected, it is certainly promoted through privatizing anything that’s not nailed down. “Labor Power is Suppressed”. Replace ‘suppressed’ with ‘criticized’ or ‘undercut’. “Disdain for Intellectuals and the Arts”. Two words for you: downtown elites. “Obsession with Crime and Punishment” The mayor’s campaign promise for more police officers. The recent uncontested wage contract.This is not simply name-calling or shrill alarmism about our doomed democracy in the face of the jackboots. It’s about process. About having an open debate on issues and prevailing through persuasion not bullying or trying to gin the system by use of propaganda and cheap appeals to our tribal instincts. Governing by division can never lead to a healthy consensus or a greater good. I refuse to believe that anyone, no matter how misguided they may be, seeks public office for any reason other than that despite mounting evidence that points to the contrary.

This entry was posted on Monday, May 16th, 2011 at 1:41 pm and is filed under Academic Studies, City Building, City Council, Municipal Politics, Newspapers, Press coverage, Privatization, The Toronto Sun. You can follow any responses to this entry through the RSS 2.0 feed. You can leave a response, or trackback from your own site.