Does anyone know the exact date when conservatism ceased operations as a productive, positive contributor to society? At what point of time in its supposed illustrious history did it stop offering up ideas and solutions that consisted of more complex notions than could fit perfectly on a placard,

bumper sticker or that a two year-old could remember and recite? Was it a sudden jolt like a meteor strike that made the post-Enlightenment air toxic to the more progressives in their movement or did they just gradually rid themselves of reason, rational thought and a belief in the common good?

Was the last true conservative of the Burkian mold in the plane with Buddy Holly that fateful night in February 1959?

We know traditional political conservatism has been under attack in the U.S. since the crushing defeat of Barry Goldwater in the 1964 presidential election. It was put on the endangered list under Richard Nixon and the last species spotted during the Reagan Revolution. Our parents and grandparents and great-grandparents’ conservatism went extinct when George W. Bush move into the Oval Office in January 2001.

But here in Canada, conservatism survived a little longer, dying a slower death. Perhaps it was fatally infected with the 1988 Free Trade Deal and our closer integration with the United States. The ‘neo’ in neo-conservatism began to rub off on us.

With the rise of western alienation, the Reform Party and Alberta with its U.S. style conservatism as an oil producing, economic force. The progressive in the Progressive Conservative leaked away, lapped up by the Jean Chretien-Paul Martin Liberals, eager to bolster their right flank.

Ontario dipped its toe into the new conservative waters when it embraced Mike Harris’s Common Sense Revolution in the mid-90s, rejecting and ultimately putting a bullet in the head of the red Toryism that had ruled the land for over 40 years until 1985. After 8 years, the province return to its traditional progressive conservative roots when it elected Liberal Dalton McGuinty. The actual Progressive Conservative now exists in name only.

Unlike their neo-conservative soul mates at the federal level who, with the PC-Canadian Alliance/Reform Party amalgamation, jettisoned any last vestige of progressive thought or policy. Finally, it’s Morning in Canada. Government is not the solution to our problems. Government is the problem.

Taxes are bad. Science is bad. Peacekeeping is for pussies. In-depth gathering of data in order to more thoroughly define and guide public policy is an invasion of privacy and must be eliminated. An added bonus if you’re planning to build more prisons and get tougher on crime in the face of evidence pointing to dropping rates of criminal behaviour.

Statistics and facts be damned when we’ve got naked ideology to propel us forward back to the 17-century!

It wasn’t too long ago that kind of political thinking would’ve relegated you to the fringes. Yet now the Conservatives are within serious striking distance of securing a majority victory, able to count on a third of the electorate for steadfast support for what can only be described as an antediluvian outlook.

Hell, in the so-called liberal hotbed of Toronto, nearly 50% of the voters rallied behind Rob Ford – the poster child for narrow-minded, anti-government, pithy slogans as policy platforms politicians — as their choice for mayor last fall. We are now in the process of witnessing up close and personal just much how respect we taxpayers should expect from neo-conservative politicians.

Which, judging by the craziness going on to the south of us at the hands of the self-proclaimed Tea Party movement, should be next to nil. The thing is, when conservatives abandoned their core principle as stated by Glen Worthington, “…the essence of conservatism lies not in a body of theory, but in the disposition to maintain those institutions seen as central to the beliefs and practices of society”, the day traditional conservatism died, all bets were off. Neo-conservatives bear no responsibility to anyone aside from themselves. What’s good for them as individuals is good for society. End stop. Edmund Burke and the like deposed by Ayn Rand. Ask not what your country can do for you because it’s going to do fuck all. And certainly don’t ask what you can do for your country as, well, that would just be an imposition, an impingement of my individual freedom and liberty.

And those of us not sharing that particularly libertarian worldview have much blame to shoulder for the current conservative-less situation.

By accepting any tenets of the faith, from its creeping anti-governmentalism to the bogus trickle-down economic theory, we lent it credibility and gave it traction. We helped make the lunatic acceptable and now find ourselves having to defend against what is essentially an alternate reality where up is down, black is white and tax cuts generate increased revenue for the public purse.

An alternate reality where the likes of Ezra Levant are considered worthy of having a spot on television to discuss politics. Yes, as a matter of fact, he did compare the CBC to a North Korean state run broadcast. With a straight face!

Watching what I could stomach of yesterday’s launch of Sun TV, two words immediately sprung to mind: cable access. Back when honest to god conservatism was still alive and well, that’s where crackpots like Mr. Levant et al would’ve been relegated if they wanted to air their fetid, malignant views out in public. Or a soapbox in the corner of a park. 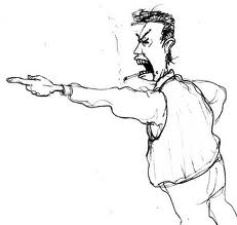 While it may be difficult to pinpoint exactly how it is traditional conservatism died, I think we can officially call time of death. It was April 18th 2011, 4:30pm EDT.

This entry was posted on Tuesday, April 19th, 2011 at 4:16 pm and is filed under Academic Studies, Elections 2010, Federal Election 2011, Movies and TV, Municipal Politics, Philosophical Musings, Pop Culture, Press coverage, Privatization. You can follow any responses to this entry through the RSS 2.0 feed. You can leave a response, or trackback from your own site.

3 Responses to The Day Conservatism Died