Crisis? What Crisis? Check Out Our 3rd Quarter Earnings

I venture outside my comfort zone on this. Beyond the realm of municipal politics and into the wider world. I do so with trepidation, unsure of my footing but feeling absolutely compelled to give it a whirl.

The global financial crisis. Specifically, the slow unfolding of the car crash that is the Irish economy. From pauper to prince back to pauper once more and again under the harsh lash of foreign occupiers. Having drunk the koolaid of neoliberal promise, they are now forced to swallow its bitter pill of logical conclusion. A familiar story played out all over the globe for over 30 years now but one we simply refuse to learn a lesson from.

Now, I’m no economist (and I’ve never played one on TV) but it just seems to me that the mounting real life, on the ground evidence all points in the direction of telling us that this shit simply doesn’t work. What shit is that exactly? Low tax, low inflation, low regulatory, free trade, free market laissez-faire, Friedman-omics that has hijacked our government and public discourse to such a degree that we treat it as gospel.

Inerrant teachings so secure in their factual basis that to question or doubt is nothing short of an admission of heresy or mental imbalance.

Exactly how many crises do we need to experience, how many severe economic meltdowns and downturns must we face before we finally stop and say: you know what, something’s not quite right here? How many bubbles need to burst – tulip, real estate, internet – for us to start questioning fundamentals we’ve been told are irrefutable? Or have we traveled so far beyond the point of return where, after a generation or so of indoctrination about “market realities”, we are incapable of challenging a system that is so clearly rigged, corrupt and in need of desperate repair?

We get indignant when protests at G20 meetings turn violent. When students in England, betrayed and lied to by their government over tuition fees, go on a rampage and tear up Tory HQs. 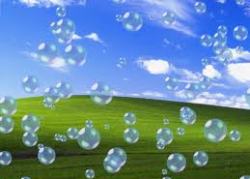 When France goes out on another strike, we sit back, shaking our heads, tsk, tsk, tsking. Oh, those French. What the hell do they have to complain about? Yet when something like this (h/t @stealthbadger) crosses our desk, well, it’s all yawns and whaddagonnados. The money boys gotta play. (Hint on content to those not following the link: all about Wall Street excesses like $400 000 summer rentals in the Hamptons.)

Yesterday as news of the Irish IMF bailouts spread it was also reported that American 3rd quarter profits hit a record high. Are those two items connected? I think we’d be naïve to think they weren’t. This is a global crisis after all. At least, at a symbolic level we should recognize how these two stories fit seamlessly together. Another spectacular flame out in the private sector leads inexorably to a monumental flow of public money to save its ass. Again. An orgy of financial recklessness in which a precious few of us benefited back stopped by a drain on public coffers from which many more of us will suffer.

Every few years, like clockwork, almost as if it were planned or something. If not planned, at least bad behaviour condoned and ultimately rewarded.

It’s not that we’re helpless bystanders in all this. As voters we oscillate between electing governments that encourage this economic system and governments that enthusiastically encourage this economic system. We soak up the exuberant atmosphere when things are going swimmingly and lash out when they head south which they do invariably and inevitably. We get angry but we get angry at the wrong people. We demand action but never action that might actually help us fix the problem. It’s happened too often to simply be chalked up to ignorance. Willful ignorance hardly qualifies as an excuse. Maybe we just love all the drama.

I weigh in on all of this because as we gird ourselves in preparation for the incoming Ford administration, we’re going to be hearing a lot about austerity. We already did during the campaign. It’s all going to sound strangely familiar. There’s no money. We need to cut taxes and spending. Belt tightening. New fiscal models.

None of it will be new and none of it will ultimately do a whit to turn around whatever dire condition has been pronounced upon us. Let’s call it Situation: Gravy Train.

No, what it will be is nothing more than a settling of scores. A governmental ‘correction’. A righting (ha, ha) of 7 years of wrong and a return to the proper order of things. Re-directing the flow of money as it was meant to be. From public to private hands as God and St. Milton intended.

This entry was posted on Wednesday, November 24th, 2010 at 2:54 pm and is filed under Academic Studies, Budget, G20, Municipal Politics, Philosophical Musings. You can follow any responses to this entry through the RSS 2.0 feed. You can leave a response, or trackback from your own site.

One Response to Crisis? What Crisis? Check Out Our 3rd Quarter Earnings