Truthfully, I don’t know what to make of this week’s announcement by the city of their $275 million surplus. At first glance it’s like, whoah! 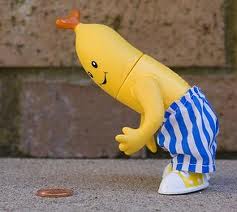 (Keanu Reeves reference #1.) That’s a big number. More than half of what the council needs to cover its $500+ million budget ‘gap’ next year. Although, just how much credence we should give to that projected number, I’m not sure, given the regular ‘surprise’ surplus announcements over the course of the past year, $100 million, $180 million, $275 million.

Then again, I try not to be swayed too much by the power of big numbers. Yes, 275 million is substantial. It could fund a lot of programs, maybe build one subway stop, pay down some debt. But in the scheme of a $9.2 billion budget, well, it comes out to about 3% of it, .03.* In fact, the latest adjustment from $180 million up to $275 million represents a little over 1% of the total operating budget. So not an unreasonable accounting revision when talking billions of dollars. 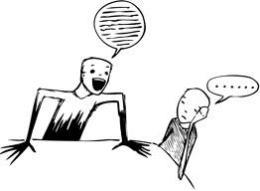 At which point I realize that we’re talking about a fucking budget surplus! Why did we just throw away the last 10 months or so on an election campaign railing about out of control spending, gravy trains, retirement parties, plant watering, etc., etc., blah, blah, blah? It seems that, in fact, just the opposite was true. That in these dire economic times, our City Hall was fiscally managing matters very, very competently. Prudently, even.

Yet, over the course of the past 10 day post-election period, we’ve attempted to explain away this discrepancy, pointing at maps and opining that the campaign as it played out was merely the manifestation of the anger out there, especially in the inner suburbs at their feelings of exclusion within the amalgamated city. OK, so why weren’t we talking about that directly then? Why was the election narrative railroaded into a simplistic, simple-minded package, easily spewed out by our simpleton mayor-elect and his zombie horde of followers? (Yeah, I called Rob Ford a ‘simpleton’. Winning this election doesn’t erase the past 10 years of buffoonery.)

If we elected our mayor and council based on a lie, a mirage, what hope do we have of real issues and concerns being addressed by them?

Perception is reality, I keep reading. Tell the people what they want, and then give it to them. Yeah well, I’m just wondering when it was we took the blue pill and started living in the Matrix. (And the 2nd Keanu reference.) The reality is, our outgoing council and mayor were not fiscally irresponsible. Sputtering out tired examples of bunny suits and shifty sole-sourcing doesn’t change that fact. The inner suburbs think all their hard-earned tax dollars are being spent on the downtown core? Show me the numbers. Nothing I’ve seen so far indicate that. Scarborough councillor Norm Kelly commissioned a study to examine that claim. 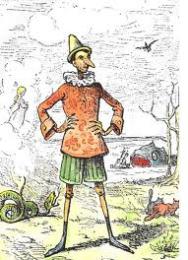 The numbers were inconclusive at best.

Just because we elected a new mayor and councillors based on lies and misinformation does not mean we have to allow them to govern likewise. Rather than looking for common ground and areas of compromise, those readying to stand in opposition (and those in the middle waiting to see which way the winds are blowing) to the new administration and its handful of allies need to remain firm in the face of what will clearly be a continued distortion of facts and reality. Letting them bullshit their way to power was a misstep. Enabling them to do so while in office will be tantamount to collaboration in their ongoing battle to keep this city divided and detrimentally parochial.

* My math is always suspect but, if anything, I’m over-estimating the surplus’s percentage of the operating budget. I think.

This entry was posted on Friday, November 5th, 2010 at 12:14 pm and is filed under City Council, Elections 2010, Municipal Politics, Press coverage, Race 4 Mayor. You can follow any responses to this entry through the RSS 2.0 feed. You can leave a response, or trackback from your own site.

3 Responses to Budget Surplus. What?!