Although the TTC is already very much front and centre in the mayoral race of 2K10®™©, there has been little in the way of Big Ideas. Grandstanding seems to be the order of the day; eschewing substance for swagger. Tough guy George Smitherman promises to shake up and overhaul Toronto’s transit system in some vague manner. 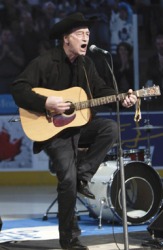 Troglodyte thinking Rocco Rossi vows to put a stop to all Transit City plans that haven’t already broken ground for a rethink. He wowed the crowd at a public meeting on the proposed Eglinton LRT this past week with a greasy sound bite stating that he wasn’t against mass transit, just mass incompetence.

(An aside to candidate Rossi. How about spending more time studying issues and less on coming up with action movie-like catchphrases that merely highlight your ignorance? Start by reading the “Getting It Right” report delivered by Les Kelman and Richard Soberman delivered to the city in January that summarizes the whole St. Clair LRT “disaster” as you call it. According to the report, there were lots of problems, cost and time overruns and plenty of blame to go around between City Hall, the TTC, the Ontario government and self-serving NIMBYism on the part of local residents and businesses but the lessons learned from that will help streamline the process as it unfolds. On top of which, the portion of the St. Clair LRT that is up and going now is apparently working very well. So shut the fuck up until you have something intelligent to say on the matter. And crowds? Stop encouraging this kind of empty-headed sloganeering. While it may make for good campaigning, it makes for shitty, shitty policy once in power.)

Now, where were we? 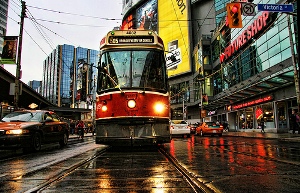 Right, right. Sleeping ticket takers, unauthorized coffee breaks, general grumpy all round service. The little things that add up to a bad experience.

Since we’re all just dealing with superficial issues here, let me add my own. TTCers out there, riding the Red Rocket? How about if you start cleaning up after yourselves? On the College car the other day, I went to take a seat and was startled to find the remains of someone’s meal. Coffee cup, wrappers, napkins and a crust. A crust!! Just on the seat?! I mean, who does that? In all likelihood, the same person who then bitches and complains about how dirty and littered the TTC has become.

It’s public transport, folks, not a restaurant. If you don’t want to clean up your garbage, bring your mother along with you, so she does. Maybe she’ll wipe the crumbs from your face and burp you while she’s at it. Paying $3 doesn’t entitle you to treat the streetcars, buses and subway like they’re your home. Why stop at just tossing your garbage? Why not take a piss or a shit there while you’re at it?

The TTC doesn’t get dirty all on its own. As far as I know, there aren’t union members going around littering so that their brothers and sisters in the janitorial union can look busy. It takes more than good management and friendly service to maintain a pleasant public transit system. There’s also a need for good citizens. Do your part. 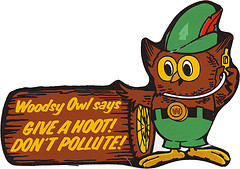 There, that’s my little issue. If you want to start thinking bigger, there’s an article in today’s Globe and Mail which will help get the ball rolling. I highly recommend it especially for you, Mr. Rossi.

This entry was posted on Saturday, February 6th, 2010 at 2:44 pm and is filed under Elections 2010, Municipal Politics, Newspapers, Race 4 Mayor, TTC. You can follow any responses to this entry through the RSS 2.0 feed. You can leave a response, or trackback from your own site.