Our Money. Our Budget.

“…I might have some pool of funds somewhere that are hiding somewhere, I don’t know.”

— Toronto Budget Chief Frank “Pockets” Di Giorgio, in response to the provincial announcement of a 3 year, $150 million phase out of pooling funds. 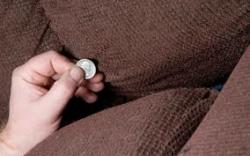 Well, since obviously just anybody can be the city’s budget chief overseeing a $10 billion or so annual operating budget, why not all of us?

A group calling itself Better Budget T.O. has come together, hosting an inaugural event last night at the Academy of the Impossible’s Campaign School. It is a nascent movement here that has taken root in other places like Calgary, New York City, South America with the intention of bringing about a more inclusive way of putting together the city’s budget. Participatory Budgeting. A grassroots approach that not only endeavours to de-mystify the budget process but to build political engagement at the community level.

While not perfect, the municipal level is a great place for the public to influence how tax dollars are spent. Federally, provincially, the budgets are delivered, largely sight unseen. Boom. Press lockdown. There you go. Locally, the process is much more public, coming together over a longer (albeit not long enough) process that begins in earnest in the fall and concludes at city council in mid-January. 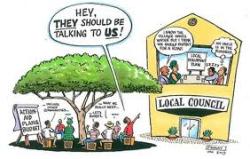 But as was pointed out last night, transparency does not automatically mean clarity. Sure, we can see but we’re not sure what we’re looking at. The budget can be intimidating. The numbers overwhelming. But people, trust me. If the likes of Councillor Frank Di Giorgio can be seriously considered capable of putting together Toronto’s budget, anyone can. And I mean anyone.

A Better Budget for a Better City, writes Lisa Marie Williams of the Wellesley Institute. As the mayor keeps telling us, it’s our money he’s fighting for. So let’s make sure it’s spent the way we want. Let’s truly make it our budget.

A slogan making the rounds through the Occupy movement south of the border. And one, arguably and unfortunately, that has not made its presence felt here in Toronto. That is for another post but as this city lurches toward the 2012 budget debates it is something to keep in mind.

We are being told, hectored actually, in Chicken Little toned language that Toronto is facing a dire, apocalyptic fiscal situation. A mess inherited from years of profligate, wasteful spending. Austerity is not desirable. It’s just necessary. Our hands are tied. We have no choice, folks.

Yet the mayor and his budget chief continue to tout the $774 million figure. Bigger is better. Bigger is scarier. Bigger means more drastic action must be taken.

Whatever the number is, whatever the opening pressure or budgetary shortfall turns out to be, what it isn’t is a deficit.

Fact: this number just did not spring up from miscalculation and misspending. It is an estimate, an overly cautious estimate at that, based only on an educated guess at the upcoming year’s expenditures versus the current year’s revenues. How cautious is this overall estimate? It uses expected spending increases while ignoring assumed bumps in revenues. Our opening budget pressure emphasizes cost increases without taking into consideration any boost in money coming into the city coffers. So the budgetary shortfall always skews toward the absolute worst case scenario.

Why? Well, the one thing that municipal governments cannot do, what the other levels of government can, is to run an annual operating budget deficit. So it would be lunacy to make rosy predictions about your financial picture only to find yourself facing an actual short fall come year’s end. A city would be defying provincial legislation if it did. Better to begin with the grimmest of budget scenarios, pencil in 3 massive winter blizzards into the snow clearing budget and when they don’t happen, Bob’s yer uncle. “Found” money.

Ignore the zealot, wailing and with gnashing of teeth, telling tales of unmanageable numbers. The amount is artificially large and under constant downward revision. For those with the best of intentions, it is for the purposes of balancing our books. It is the charlatans looking to exploit what is merely a book keeping exercise so that they can carry out the plans they had all along. An out and out attack on the government they were elected to serve and gut the services it is their job to provide.

Fact: anyone telling you that there is no option, that we have no choice but to institute a regimen of severe cutbacks and pleasantly euphemistic ‘belt tightening’ is engaging in straight up scaremongering as a cover for their ulterior motives. That, or they simply don’t understand the budget process. Either explanation should be fundamentally unsettling to the citizens of Toronto. The budgetary ship of state is being helmed by those purposefully looking to sail it right into the rocks or they are simply unfit to be in charge of something as big and complex as this city.

How else can to explain the decision they made last year to deprive the city of a necessary revenue stream? Two, in fact, when they jettisoned the vehicle registration tax and froze property taxes. Both to the tune of some $132 million. That amount alone would’ve reduced the early opening pressure of $774 million down to $646 million, some $31 million less than the average shortfall since 2007.

Rather than working to solve the so-called fiscal crisis, this administration has actively managed to contribute to it. Almost as if they’ve intentionally sought to tie their own hands, limit the options, in order to enact the slashing and burning that’s been their goal from the very start. Sorry, folks. We have no choice. This is the hand that’s been dealt us. My heart bleeds for all those affected but, you know, at the end of the day…

Resist the lure of the inevitable. Our hands aren’t tied. There are plenty of options. Nothing is set in stone.

Or as Sheila Block at the Wellesley Institute calmly inform us in their Countdown to Zero: Balancing Toronto’s Budget:

Toronto city council will be making decisions over the next few weeks that will have an impact on our city’s future. These decisions will have an impact on our economic future, on the kind of city we live in and on the health of all Toronto residents. As this report makes clear, the City of Toronto is not in a severe financial crisis and without options, as the rhetoric coming from the mayor’s office would have us believe. Rather, city council has real choices before it. It can make choices that will support a city building budget: one that builds a more equitable, more prosperous and healthier city for us all. Or, it can make choices that will diminish the city and those who live in it.