Admittedly, while living in Los Angeles, John McPhee’s 1993 book, Assembling California, may not be the most restful bedtime reading.

It’s all about tectonic plate theory, earthquakes and volcanoes, and fault lines running hundreds of miles long. Things that go bump in the night. Or when you’re sitting at a red light under a freeway overpass at 2:17 in the afternoon. Or taking in a World Series game in the early October evening.

The very definition of bad timing is standing in a door frame, waiting out the 45 seconds of a toss around earthquake, your existence here on the planet not even blink of the hundreds of billions of years that geology operates on. Really? Now?!

Even taking into consideration a 250-350 year schedule that some of the more active faults tend to follow before needing to pop and grind and drop significantly enough to cause serious problems, living in California seems to be a reasonable risk management assessment. Yes, there’s going to be a significant earthquake. While you’re still alive, though, and sizeable to rearrange your furniture?

Don’t be surprised when an earthquake happens. But, inevitably, you will be because… Really? Now?!

Besides, earthquake prediction is a mug’s game, albeit one that’s become more sophisticated with the advance of technology.

Gone are the days when we had to rely on the dog acting all weird-like to tell us the ground was about to shake. We can practically see the earth move now. Still, it’s all about X% chance of a magnitude Y earthquake happening by the year 20ZZ.

So it goes. Keep your emergency kit stocked and a flashlight handy. You probably won’t need either (fingers crossed!) but if you do…

People look upon the natural world as if all motions of the past had set the stage for us and were now frozen. They look out on a scene like this and think, It was all made for us – even if the San Andreas Fault is at their feet. To imagine that turmoil is in the past and somehow we are now in a more stable time seems to be a psychological need. Leonardo Seeber…referred to it as the principle of least astonishment. As we have seen this fall, the time we’re in is just as active as the past. The time between events is long only with respect to a human lifetime.

This is a passage from Eldridge Moores, the geologist-tectonicist McPhee travelled around with for parts of 15 years before writing his book. I love this idea of a principle of least astonishment even if I haven’t fully got my head around it.

In a non-programming sense, it’s akin to whistling past the graveyard, isn’t it? A land of mental make-believe we construct in order to cope with the nasties life throws at us, the sad and sometimes terrifying realities of it all.

But if you really don’t want to experience a pants-peeing type of earthquake, move to where the possibility is less likely to happen. Toronto, for example. Or Phoenix, god forbid. Places more geologically stable.

On the other hand, if you’re destined to find yourself in the midst of a temblor – the most benign sounding term for an earthquake ever!! – if that is what the fates have in store for you, where better than Los Angeles? Regulatory codes have endeavoured to make it as safe as you could reasonably expect in the face of a catastrophic movement of the earth. I like my chances of living through the Big One there more than I would in, say, a remote area of China or Iran.

The concept of terra firma is strong one for us, a solid foundation, if you will. And for good reason. 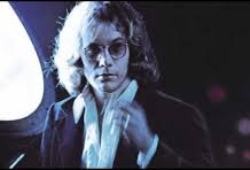 The vast majority of humanity, to the point of a mere rounding error, really, past, present and future, will not be swallowed up by a giant crack in the earth’s surface or swept away by a tsunami or be crushed under the weight of collapsing building. The earth acts as a stable stage for us to live our lives upon.

I think it worth contemplating, however occasional or philosophical, on the fact that the ground beneath our feet is in constant motion. Imperceptible as it may be to us, as divorced from the timeline of our reality as it is, the plates we stand on are moving. Grinding, crashing into each other, pushed deep back down into the molten core to be entirely transformed. Given enough time, ocean floors become mountain tops.

Permanence is an illuuuusion, Michael, a trick of our fleeting grasp of time. Impermanence and change are the norm. Rocks crack and become gravel.

If even the earth is subject to perpetual instability, why should we be immune from it? Inerrancy is neither possible nor desirable. It enshrines bad ideas and disallows good ones from ever becoming better. Continents shift. We should more readily humble ourselves to follow along with them, to follow the fault lines and see where it takes us.