Rob’s World (Are We Just Living in It?)

So the morning after the most recent allegations of drug use and other possible criminal behaviour swirl tighter around him,

eliciting the main question of why Rob Ford isn’t more than simply ‘known by the police’, the mayor blithely (and excitedly it sounds like) calls in to a Washington DC radio sports show called… wait for it, wait for it… The Sports Junkies, to talk football predictions.

What fucking world does this man inhabit?

I’ve narrowed it down to two.

The first is a place where Rob Ford is much, much dumber than anyone can imagine. In this world, the height of engineering wonder is that the man manages to get his pants on by himself each day. A place so dumbed-down, so flattened of expectation, that any dummy, and I mean any dummy, can not only survive but prosper.

This is a world where people like Rob Ford can say whatever shit it is that comes into their thick head without having to justify or defend it. There is no social, ethical or empathy filter attached anywhere. It’s just, blurt, brain fart and paraphrasing something my daddy said. Verbal vomit. Just one word after another with no connection or context between them.

Nobody calls him on anything he says. Those that do are nothing more than the usual suspects. Liberals. Intellects. Downtowners. Football haters.

In this world, someone like Rob Ford can also do whatever it is he wants without facing any repercussions.

Maybe today the mayor obliviously goes about his business in the face of these new outrageous allegations about his behaviour because this is what he always does when such allegations arise. Just keeps on keeping on. Claim all of it’s just one big lie by people out to get him and move on. Issue an empty apology if a denial no longer holds up in the face of evidence, the past is the past, que sera sera, let’s all just move forward.

Rob Ford will not do what’s right because Rob Ford has never been compelled to do what’s right in the face of his transgressions. Why start now? If he’s never been held to account for his actions, why would we expect him to react like somebody who actually has?

This, in all likelihood, is the world Rob Ford lives in, although, I think, there’s an intermingling of the two.

Stupidity is bred where the connection between cause and effect is not thoroughly taught, where you can continue to do stupid things and never pay the price for your stupidity. A certain sense of privilege will sprout up from a feeling immunity or invulnerability. It’s a mix of Alfred E. Neuman What Me Worry? unawareness with an entitled arrogance that all the morality tales we grow up with warn us will be our undoing. A Mad hubris, let’s call it.

This must end badly for the mayor.

If it doesn’t, it means his world supersedes ours. That some of the tenets most of us were raised with, the notions of equality, fairness, justice, aren’t applicable to everyone. Your status based on position, money, race, gender, will dictate how much you adhere to the laws and societal norms you inhabit.

Of course, only the most doey-eyed would believe that isn’t the world we live in now. But at least we make the pretense of setting limits on just how egregious such deviant behaviour can be before it’s nipped in the bud. 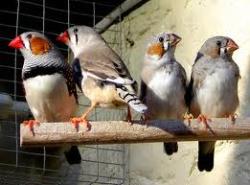 I think it’s safe to say that limit has been exceeded in the case of Rob Ford. In one way or another, he has to answer for his actions beyond just a shrug and forced mouthing of regret.

Otherwise, there’s a whole systemic breakdown of order we have to face up to that goes far beyond one man’s misconduct. It’s no longer just Rob Ford behaving badly. We are.

ok, not the most but in the top 5 things I resent about it… is that he mea culpa-ed this week. Why could he not come clean about smoking crack back in May when the allegations first surfaced? I was in town then, on top of the news cycle, living it, minute to minute, gory detail to gory detail.

Now, half a year later, I’m on a long planned trip, 20 hours away by air, 16 hour time difference. Or maybe 14. It’s too early to tell. I haven’t yet acclimatized.

(I can tell you however that in the international news roundup Wednesday night – your Wednesday morning… or maybe it was Tuesday? — an Australian broadcaster put the news of Toronto’s mayor smoking crack ahead of the election of a new mayor of New York. Big Apple that, NYC!)

Of course, I’m probably not alone wishing Rob Ford had been more immediately forthcoming about the crack story.

If he’d taken the advice of his then chief of staff, Mark Towhey, and admitted he’d erred, took the summer of at least pretending to be contrite and getting his house in order, this could well all be behind him. Everyman Mayor Makes Mistakes, acknowledges them, promises it won’t ever happen again, moves on, moves forward.

On top of just being a bold faced fucking liar and world class weasel who seems like he’s not responsible enough to face the consequences of his actions, there’s the whole frantic search for the video purporting to show him smoking crack and making racial and homophobic slurs swirling around him. How involved was he in that caper? His staff? We know a close associate of his, Sandro Lisi, is now facing charges of extortion over the video.

How much did the mayor know about that?

It’s all threatening to become Watergatian©®™ for the mayor where the cover up becomes greater than the original misdeed.

Undeterred by these seeming dire circumstances, Rob Ford remains defiant, refusing the advice of his closest colleagues (except for his brother) to step back, take a time out and, at the very least, look as if he’s actually sorry for the actions he’s finally admitted to. He blows kisses at the media photographing his every move. Even in our crazy, mixed up world, such hubris rarely goes unpunished.

If there’s any sort of silver lining to this sordid state of affairs in Toronto, it could be the opportunity for city council to step forward into the leadership void and exert its primacy in governing the city.

There’s a motion afoot to strip the mayor of his ability to name committee chairs and deputy mayor, thereby wresting full control of the agenda from him and pushing him to the sidelines. He’d be neutered; a mayor in name only.

Of course, there’s some risk attached to that kind of drastic measure.

Rob Ford loves to play the outsider. That’s his bread and butter, his mashed potatoes with gravy. If somehow he survives this scandal and remains standing as a viable candidate in next year’s election, there’s little question he will play up this persecution complex and try to ride it all the way to re-election.

Frankly, that’s a scenario growing more unlikely with each day and every new revelation.

The mayor’s admitted boozing and crack smoking, along with his inveterate lying, are very likely just the tip of the iceberg here. We can add extortion to the list of things associated with the video now in police possession and there is that little matter of the murder of someone seen in a picture with the mayor outside the house the video was taken. Shit like that doesn’t just go away. It tends to leave a stain on even the most resistant of materials including Teflon.

Besides, there comes a time when pure political calculation needs to be shrugged off. To all but the most biased of eyes, Rob Ford is unfit to lead this city. He is putting his own self-interest ahead of that of the citizens he was elected to serve. City councillors need to accept that and start working together regardless of political stripe to assume control at City Hall.

That’s how municipal government is supposed to work anyway.

We seem to have been operating under the assumption that one politician, elected citywide, has some sort of mandate to run roughshod over 44 colleagues, held in check only by voters every 4 years at the ballot box. Uh-uh. A duly elected mayor is given the opportunity through an appointment process to shape an agenda. After that, success (or not) depends on an ability to get a majority of city councillors on board. Failure to do so is the fault of one and only one person. The mayor.

City council is not elected to serve the mayor. Councillors represent the views and opinions of the constituents in their respective wards, and to the best of their ability,

try to work with the mayor to help shape a direction that a majority of people want to see the city head in. But if the mayor is unwilling to work with council or is derelict in his duty or just simply unfit to be a part of the process, city council must forge ahead in the mayor’s absence.

Hopefully such a situation doesn’t occur too often but when it does councillors must act accordingly. Now is that time. Rob Ford has gone AWOL and seems singularly unwilling to act like a mayor anymore. City council needs to start doing his job in his absence.