Going Through The Budget Motions

This city is a thousand moving pieces, a million maybe. (I was going to say a billion but we’ve heard that kind of exaggeration around these parts before.) 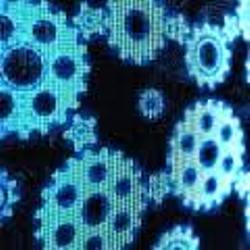 So anyone who thinks they can call for an across the board budget cut in the name of efficiencies without negatively impacting someone somewhere simply is not aware of the vital role City Hall plays in the lives of every resident in Toronto. Or, they don’t care. A wish list. Nice-to-haves versus need-to-haves. Tough choices, fiscal realities, and all that kind of talk.

This jumped out at me yesterday at the first Budget Committee meeting of 2016 where the serious public deliberations about this year’s budget began. It was the Citizen Centred Services Cluster “A”, the soft services, as they’re called. Affordable Housing, Shelter, Children’s Services, Long-Term Care, Employment, Economic Development and Culture, Parks, Forests and Recreation. The stuff political campaigns are rarely waged on except for vague promises and unctuous homilies.

The budget chair, Councillor Gary Crawford, was questioning some line items in the Shelter, Support and Housing Administration budget, wondering why conference attendance costs would be higher this year than was spent last year. The SSHA General Manager (Phillip Abrahams, I believe it was, although I’m not entirely certain) 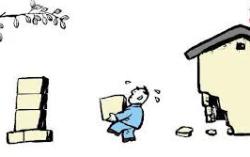 said that due to the excessively cold winter last year, money intended to pay for conference expenses was instead used for extra motel rooms to provide additional shelter space. Robbing Peter to pay Paul, as was said on more than one occasion during the meeting.

Why the budget chief, overseeing the task of piecing together an $11+ billion operating budget, felt it necessary to be rooting through a mere thousands or tens of thousands of dollars, is beyond me. Actually no, not really. I know why this budget chief is doing it. At the behest of the mayor’s office, like the mayor’s office before it, that is trying to govern on the premise of a flimsy campaign platform. Essentially, the city has a spending not a revenue problem. One man’s gravy is another guy’s marbling.

So the budget chief spends his time asking about conference costs and travel expenses, “the pencils and erasers strategy”, to give the appearance that there’s waste in the corporation if we’re willing to roll up our sleeves and dig down deep enough. How much exactly? Millions, probably. Enough to keep talk of new revenue tools at bay and any property tax rate increase at or below the rate of inflation.

That’s why these Citizen Centred Services are called ‘soft’. They’re so easy to squeeze. 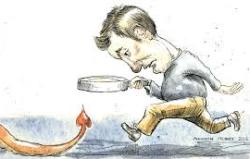 There’s not much political pushback from children, the homeless, the frail and elderly, and the shiftless bureaucrats who administer to them. A penny here, a nickel there. It’s not so much about savings as it is appearances.

Ironically, where there are significant savings to be had, the Toronto Police Services, hardly a peep comes their way during the budget process. Over a billion dollars in 2016 and, despite a KPMG report on the table suggesting where costs can be reduced, we’re told we shouldn’t expect that to happen for maybe 3 years. It is a big organization. Change occurs slowly. And everyone nods knowingly as the police chief points out, not incorrectly, that his service is the biggest provider of health care in the city.

That’s what happens when a city operates on the cheap with the social, “soft” services like mental health. Just ask Sammy Yatim. Oh right. You can’t. The police shot him. 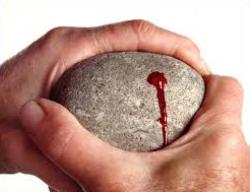 – SmartTrack! 53 kilometres! 22 stations! 7 years! — something’s got to give. And it’s not going to be your big ticket items. Your transit “legacy”. The unassailable police services. Pretty much anything car or driving related.

That Poverty Reduction Strategy, which is very much dependent on the soundness of many of these Cluster “A” Citizen Centred Services, becomes merely feel-good, photo-op friendly aspirational. A nice-to-have. Put it on the Wish List. Largely unfunded.

The mayor will try to keep it cobbled together, of course. Proclaim that increased spending on public transit, kids under 12 ride for free!, is part of that strategy. And he won’t be entirely wrong. It’ll only be a mini-measure, a token gesture, a PR scramble.

It’s entirely probable that there will be a late-in-the-game, on the council floor revelation of found money too. Just like during the 2012 budget process where $19 million suddenly appeared to shore up some services that were facing the axe. That too will be merely a gesture, flaunted as proof positive that there are savings to be had if you just look hard enough. New revenue tools? Who needs them. 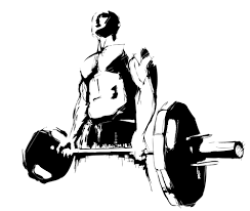 Above the rate of inflation property tax rate hikes? Only if you’re a tax-and-spender.

Another budget cycle finished, the same tired message delivered. There’s always more fat to trim, with certain politically expedient exceptions, of course. We already tax the residents of this city too much. Those delivering soft citizen centred services to the most vulnerable in this city need to keep working harder and smarter because some choices are easier to make than others for elected officials who promise up simple solutions to the complex problem of keeping a thousand pieces moving continually, effectively and fairly.