Why Can’t We Be Friends?

I’ll take some of the initial blame.

Reading Chris Ramsaroop’s article, Ford on his own turf,

in this week’s NOW magazine and following along and participating in the ensuing chatter about it on Twitter, I thought, Yeah, that’s me, a dismisser of the suburbs.

Back in 2010 during the municipal campaign when Ford Nation began to coalesce into a formidable movement, I remember being dumbstruck by it. What the fuck are you thinking?! This guy??

“Rather than demonize the suburbs (they are already criminalized because of over-policing),” Ramsaroop writes, “it’s important to have a rethink. Poverty and racism are extremely complicated and affect people in numerous ways. The folks who show up at a Ford BBQ or rally are some of the same people denied adequate services, decent housing and good jobs.”

Fair enough. And these same people think Rob Ford was the politician to alleviate all those shortcomings for them? Why? Whatever in his career as a councillor would lead you to think that he’d deliver adequate services, decent housing and good jobs?

You know all those phone and house calls were just about building a voters’ database, right?

Little he did for constituents individually would help the problems long term. Rob Ford very rarely concerned himself with looking out for the little guy.

If suburban voters didn’t know that beforehand, they’d certainly find it out once he assumed office. That’ll show them, I sulked. Serves them right. (See? Suburbanites aren’t the only ones who can wallow in spite and resentment.)

But as things proceeded, I came out from under my self-imposed funk and started to wonder what it was I wasn’t getting. What was the connection between residents out in Etobicoke, York, Scarborough and this mayor who was doing very little to help their daily lives. Savings in frozen property taxes and the elimination of the VRT were being offset by increases to the cost in using transit and other pay as you go fees.

Services were being reduced and programs cut despite the mayor’s campaign promise that none of that would happen. Guaranteed.

I was loath to think of such support being based on what some referred to as ‘low information’. That’s not far off calling somebody stupid in my view. The kind of patronizing attitude that’s apparently got us into this mess in the first place.

Still. I get it. There are loads of people due to their location, race, ethnicity, income level, feeling that City Hall is too removed from their daily lives and just some place that takes money from their pockets and gives back little in return. A sense of disenfranchisement encouraged by those elected to represent many of these same people;

city councillors who thrived on exploiting this urban-suburban divide as a way to cover their own inability or disinclination to deliver anything of much to their residents. Not unlike Mayor Ford himself.

The only way to bridge this gap was to start reaching out beyond our comfy, walled confines of downtown. Get on the subway and then onto a bus and then another bus and see what the members of Ford Nation were saying in the places they met and organized. As we were constantly being told (no, Mr. Ramsaroop is not the first person to chastise downtowners for their apparent insularity), get outside of the bubble we were existing in, and get to know our suburban neighbours.

If I’m being honest here, my efforts to do just that have not been as extensive as my best intentions. I have attended a couple handfuls of meetings, both official (community council meetings) and resident organized ones. My ongoing connections with these groups are tenuous although others are gathering a solid database. 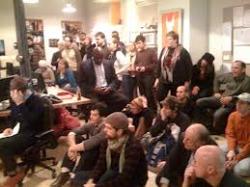 But this is a project I have been a part of for a couple years now.

And I will tell you, for my part, it did not get off to an auspicious start. One of the first gatherings I attended outside of the downtown core was a transit town hall meeting which I later dubbed Seething in Scarborough. People were not present to converse or have a dialogue. It was shouty from the get-go. Much of my time was spent desperately trying to look inconspicuous, wondering if I shouldn’t join in and let fly with a howl of indignation just so no one might figure me as an outsider.

Don’t get me wrong. I have no desire to go out to the political hinterlands and impose my views on the locals. I honestly don’t know what motivates suburban residents, what their expectations are of City Hall, what drives them nuts. Aside from probably the same things we all want.

A city that strives to provide the opportunities every resident needs to flourish (eudaimonia, to steal a thought from Charles Montgomery’s Happy City). A place that’s easy to get around, safely. A respectful city that allows and encourages all our diversity.

And aside from that one madhouse meeting in Scarborough (and one or two proposed development sessions I’ve witnessed), my impression is most people who take the time to organize and attend community events want those exact same things. The devil’s in the details and the sticking points always tend to be how exactly to achieve those goals. Most of the times I’ve ventured north of Bloor, as we joke, the experience has been positive and a little inspiring.

But I will tell Chris Ramsaroop that misconceptions abound on both sides of this particular fence. 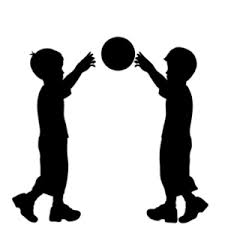 He wouldn’t want anyone to assume everybody living in the suburbs thinks like the worst of the unhinged supporters of the mayor who show up in the comments section of newspapers. So he shouldn’t assume that there’s a blanket downtown disregard and dismissal of the suburbs represented by the intemperate outbursts expressed in some of those same newspaper pages.

There are many of us trying to understand and engage. But, like those in the suburbs, our lives are full too and we can’t keep on top of everything that’s happening around this city. You want us to come to your meetings, make concrete steps and deliver the goods? You’ve got to do a little reaching out yourselves, let us know when and where. Chances are a few of us will be there.