Tory Comes To His Senses

Not to come off sounding like some jaded crank but who aside from the precious few wanting to recreate the almost magic of 2003 were the least bit surprised by John Tory’s announcement that he would not be running for mayor this time around? I’d say that after 6 years or so absorbing some fairly grueling political bruising, the man simply came to his senses. Surely there must be a better way to give oneself over to civic duty than going toe-to-toe with mean-spirited pissants and two-bit opportunists.

It seems that the true path to an enlightened public life revealed itself when David Pecault, before succumbing to cancer in December, suggested Tory take over his position as volunteer chair of the Toronto City Summit Alliance. Since Pecault appears destined for sainthood because of his work on this project as well as his general all round Toronto boosterism, it must’ve been an opportunity Tory simply could not pass up. A chance to leave his mark on this city without having to endure the senseless rigours of campaigning. Other than perhaps living in his predecessor’s giant shadow, there really isn’t a downside for Tory in choosing this route.

Besides taking over his position at the TCSA, Tory also appears ready to inherit the mantle of The Greatest Mayor Toronto Never Had that had only just recently been bestowed upon Pecault. What’s not to like about that? It’s certainly better than The Greatest Flop of a Mayor Toronto Ever Had (a phrase being bandied around about our incumbent mayor by those who evidently crawled out from under their respective rocks sometime after 2003). Or The Guy Who Couldn’t Get Elected Mayor of Toronto. 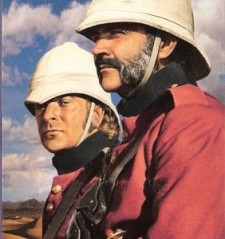 Clearly it was a no-brainer for Tory. My only question? What took him so long to decide?