The plan, before taking down the ‘Goes Hollywood’ banner, was to write up some sort of insightful synopsis of this past winter spent in Los Angeles and the U.S. southwest. A 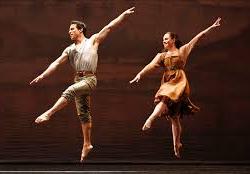 lmost 3 months spent blithely paying little to no heed to the weather, aside from constantly thinking, It’s quite nice out today, isn’t it? Oh! Look! Flowers!

There was going to be more edge to it, of course. Hopefully, with some depth of perception and originality, touching upon something that no one had ever noticed or written about Los Angeles before. Warren Zevon would figure prominently in the post.

But, as happens, actual, real time events, in the here and now, put scupper to my intentions. Los Angeles and Warren Zevon would have to wait. There were more immediate, pressing matters to expound upon.

I will say this, though, about Los Angeles. Despite enormous strides in the last 20 years to get out from under the deadweight of automobile dependency, it is still a car town. Far and away, from almost anywhere in the city, if you have the means, it is easier and faster to get to where you’re going and back, driving. 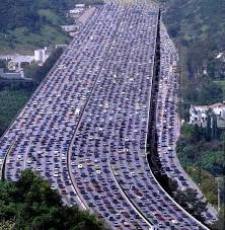 Regardless of all those photographs showing unremitting gridlock, freeways jammed as far as the eye can see, carmageddon, day in and day out, you’ll still arrive at your destination sooner in your car than any other form of transport.

While this is true also for many parts of Toronto and the GTA region, it felt, at least to this downtowner’s mind, that we weren’t as far gone down that path road of car-centricity as a place like L.A. The incline wasn’t going to be as steep a climb to pull our collective selves back up and out from under it. Despite the eruptions of exuberant transportation irrationality like we have witnessed recently, sanity on the file didn’t seem beyond the realm of possibility. Enough smart people with enough decision-making clout knew what had to be done. The only question was how to best go about doing it.

And then came black freaky Friday, and frankly, all bets are off.

Ontario is widening the four-kilometre stretch of Highway 401 from Hurontario Street to the Credit River in Mississauga from six to 12 lanes.

From the Office of the Premier.

Of Ontario, I presume. Not the premier of Fuckity Fuck Fuck Stan. (I don’t even know what that means. It’s gobsmacked babble.) 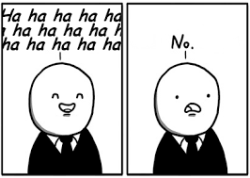 You increase road space to give the impression you’re relieving congestion. That’s just basic transportation planning 101. Unless you’re Wendell Cox or Randal O’Toole. Or, unless it’s 1954. (Or the governor of Illinois, it seems.)

This is so wrong-headed and standing in defiance of every smart growth, green belt measure that this government is purported to support, it defies comprehension. Think that’s just me, some anti-car zealot railing? Listen to the mayor of Houston, something of a sprawl town itself, give a speech to the Texas Transportation Commission.

If there’s one message that I’d like to convey, it’s that we’re seeing clear evidence that the transportation strategies that the Houston region has looked to in the past are increasingly inadequate to sustain regional growth.

This example [Katy freeway, Interstate 10] , and many others in Houston and around the state, have clearly demonstrated that the traditional strategy of adding capacity, especially single occupant vehicle capacity on the periphery of our urban areas, exacerbates urban congestion problems. These types of projects are not creating the kind of vibrant, economically strong cities that we all desire.

The Katy freeway (as explained here in Streetsblog), “A Monument To Texas Transportation Futility”, was expanded from 8 lanes to a staggering 23 – 23 lanes! – with a result, seemingly, to be increased car travel times along it.

Almost immediately. Let me italicise that for you. Increased car travel times.

This should come as no surprise to anyone. Provide more road space, more people will use it to drive. Rinse and repeat.

Last Thursday, I attended the Students Retrofit the Suburbs event where planning students from Ryerson’s City Building Institute presented, well, plans for 3 spots in the suburban areas in and around Toronto that had been ravaged by the single-use built form design footprint used to accommodate car use, and car use only. One of the panelists asked them how they would deal with the community pushback and resistance that inevitably crops up when fundamental change is proposed in their neighbourhoods. Good question.

An even bigger one, however, is how to deal with political intransigence in the face of necessary change. A knowing, willful disregard for hard truths and expert advice from our elected officials who should be showing leadership, and making decisions about the future rather than simply trying to maintain the past.

Don’t think that’s the case? Then why did the premier’s office try and slip this news by everyone with a Friday morning announcement?

They knew. They know. They just don’t care about anything except for the long term health of their party.

When the press release surfaced, our friend John McGrath tweeted, “24 lane-kilometres of highway and the government just pays for it, no muss no fuss. 26 lane-klilometres of LRT along Sheppard East? haha no.” We are all familiar with the torturous pace and process of building transit in the GTA. The drawing and redrawing and drawing again of lines on maps, accompanied, of course, by the game of pass the buck when it comes to who pays for it. But when it comes to building roads? Everybody can’t open the public purse quick enough to throw money around without so much as a second thought. $81 million on this particular project.

The kicker is, the Liberal government is the urban party at Queen’s Park right now. That’s how they patched together another majority in 2014. The city vote. They’ll get no fight from the opposition on this.

Just like they got no fight from them on the Subway Champions banner the Liberals waved during the by and general elections in Scarborough. As long as highways are widened, road capacity is added, infrastructure money thrown around in their neck of the woods, everyone will agree that widening highways is a proper and wise use of scarce public dollars.

Facts be damned. Reality get stuffed.

This entry was posted on Monday, April 18th, 2016 at 11:06 am and is filed under City Building, Killer Cars, Press coverage, Provincial Election 2014, Provincial Politics. You can follow any responses to this entry through the RSS 2.0 feed. You can leave a response, or trackback from your own site.