And Then He Was Gone

In the end, he couldn’t even come out on stage, look us in the eye and say, I quit. 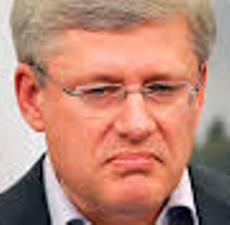 The Canada Stephen Harper detested, Liberal Canada, after nearly a decade of derision, came roaring back and punched the man right in the face. Irony, eh? It often (or especially or eventually) undoes the most hubristic of us.

Ding dong, the witch is dead. The dog barks. The caravan moves on.

My enjoyment of the moment was short-lived, not just because the man denied us the pleasure of resigning to our face, but we’ve seen this movie before. A conservative government collapse followed by a big Liberal sweep. 1993, federally. 2003, here in Ontario. Over the past 22 years, we’ve had Liberal governments in Ottawa for 13 of them. Liberals have ruled Queen’s Park for 12 of the past 20 years.

Whatever challenges we face, whether it’s income inequality, precarious employment, a lack of affordable housing, a precipitous infrastructure deficit, none of these have come about by the neglect or purposeful scheming of one man or one party. None of it happened overnight. Much of it occurred under a Liberal watch.

This morning, I am relieved. Last night’s outcome could’ve been so much worse. That’s hardly the edifying feeling one might like to experience with a much desired change in government. But, once again, I guess it’ll have to do.

— not unenthusiastically submitted by Cityslikr

This entry was posted on Tuesday, October 20th, 2015 at 8:48 am and is filed under Election 2015, Federal politics. You can follow any responses to this entry through the RSS 2.0 feed. You can leave a response, or trackback from your own site.