There are good arguments against ranked ballots. Valid reasons in which they are not optimal, mostly revolving around the question of true proportional representation.

It is not a perfect system.

Unfortunately, these are not the arguments being made currently, especially by those on city council who voted in favour last week of requesting the province not to give cities the option of introducing ranked ballots in forthcoming elections. Motion 6(a) from Councillor Justin Di Ciano (Ward 5 Etobicoke-Lakeshore): “That the Province should not proceed with amendments to the Municipal Elections Act to provide for Ranked Choice Voting.” There’s nothing more to this than not wanting to have the debate at all. It’s essentially trying to kneecap a decision council made last term. No discussion. Just cheap political thuggery.

If you want to hear really bad, woefully inadequate, pure and utter fuckwad nitwittery arguments against ranked ballots, take 5 minutes and listen to this segment on Mark Towhey’s Sunday 1010 talk radio show from three first term councillors, all, interestingly enough, close allies of Mayor John Tory. He voted against the motion. With friends like these, am I right?

I’ll refrain from taking the most obvious snark shot here. Larry, Curly and Moe. Because, really, that’s the first thing that sprang to your mind too, isn’t it.

No. I’m going with Dopey, Doc and Sully. A coterie of dumb. Exemplars of why we here in Toronto can’t have nice things.

When Councillor Christin Carmichael Greb (Ward 16 Eglinton-Lawrence) opens her mouth to speak, you realize why she doesn’t do so very often. It does her no favours. You know why she supported the motion to bury ranked ballots? She’s never been a fan of them. That’s why. She doesn’t like them.

You can hardly blame her, from an entirely selfish perspective. As Mr. Towhey pointed out, she was elected last year with only 17% of the popular vote. 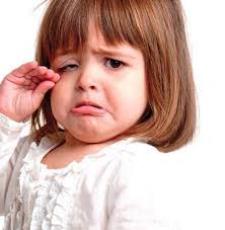 With ranked ballots, the outcome might’ve been different, depending on the makeup of her challengers and other variables. Councillor Carmichael Greb simply doesn’t ‘believe it’.

Besides, she told listeners, she worked really hard for over a year to ensure that fewer than 1 in 5 voters in her ward put an X beside her name. She earned that 17%, dammit! With 16 candidates on the ballot in Ward 16, it was already confusing for the voters, she claimed. Having to choose 1, 2, 3 would’ve been even more so and, ultimately, not made any difference as far as the candidate who got into office with just 17% of the vote was concerned.

In explaining his opposition to ranked ballots, Councillor Stephen ‘Doc’ (yeah, I went there) Holyday (Ward 3 Etobicoke Centre) continued his impressive display of seemingly sound, rational reasoning always taking him into the reeds of illogical reactionism. It is a step forward, I guess, from the frequent unhinged rantings of his father, the sire of the Holyday dynasty in Etobicoke, (L’il Ginny, anyone?), but if it lands us in the same nonsensical soft spot, what’s it matter? The journey is a lot less fun to watch.

Councillor Holyday informed us that, under the current system, there’s quite a diversity at city council. A diversity along the political spectrum, that is, left, right and centre, and please, don’t look at the overwhelmingly white, largely male elephant in the room.

Such diversity, according to the councillor, leads to vigorous debate and discussion which, it can hardly be argued, is a good thing.

The problem with ranked ballots, says Councillor Holyday, is that they will ‘flatten’ that diversity. How? Because – and this is where he goes truly Holydian in his thinking – the second or third choice candidates on a ranked ballots will, and I’m quoting here with italics to emphasize the outrageousness of the statement, “…naturally be that centre, centre-left candidate that’s very neutral, very unexciting…”

Where the fuck does he come up with that?! Was he talking to his dad over Sunday brunch before coming in to the studio to do the show? Councillor Holyday proceeds to pile it on, suggesting such a fantasy scenario will lead to boring debates at city council as if the sole purpose of municipal government is to keep us entertained with some gruesome spectacle.

What’s truly amazing about the councillor’s performance here is that he actually brings up an interesting point before taking it and driving it through his eye into the intelligence centre of his brain, thereby killing any possibility of thoughtful discourse. 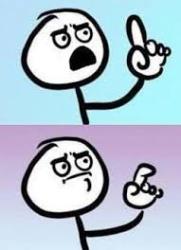 Bingham Powell, in his 2000 book, Elections as Instruments of Democracy: Majoritarian and Proportional Visions, suggested that our current system, first past the post, let’s call it, which requires a simple plurality of votes to determine election outcomes, may lead “to governments that are more extreme than the voters”. Or, less boring, as Councillor Holyday might sum up.

By making his particular argument against ranked ballots, basically smoothing off the extreme edges of the democratic process, Holyday winds up actually arguing in favour of the hyper-partisan, divisive dynamic that has been paralyzing this city for at least 5 years now.

As egregious an assault on our intelligence as that was, Councillor Jon Burnside (Ward 26 Don Valley West) took home the bullshit prize on this particular day. I nicknamed him Sully because, honestly, I failed to come up with a better word ending in ‘y’ for him. Dicky? Pricky? I even briefly contemplated transgressing the c-bomb stratosphere before settling on Sully.

Councillor Burnside’s anti-ranked ballot justification just drips of condescension toward the voting public. The ‘complication factor’, he stated, despite the fact that host Towhey had perfectly explained how ranked ballots worked in about 45 seconds.

Ranked ballots are a lot more complicated than putting down one X, Burnside said, as if counting to 3 gets most of us all fuzzy-headed.

He then goes on to say that when he was out knocking on doors during last year’s campaign, a lot of voters didn’t know the difference between federal, provincial and municipal levels of government as if that somehow proves that we can’t be trusted to mentally multitask. Nope. We’re simple folk. We like to mark our ballots like we like to sign our names. With just one X.

It is hard to refute his argument about the idiocy of the electorate, I guess, at least in Ward 26. After all, voters there voted Jon Burnside into office to represent their interests at City Hall.

In less time than it took Mark Towhey to inform listeners about the nuts and bolts of ranked ballots, Councillor Burnside sullied the reputation of voters and revealed a real patronizing side toward his constituency. I’d suggest anyone wanting to challenge him in 2018 simply print up flyers saying in big bold letters: COUNCILLOR JON BURNSIDE THINKS YOU’RE STUPID, WARD 26! No, wait. KOWNSILER JON BERNSID THINK WERE STOOPID WORD ??WEAR EVER WE LIV!!!

If you’re opposed to ranked ballots, so be it. We do still live in a democracy. 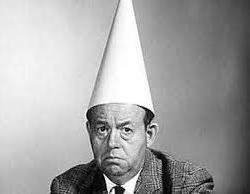 Just be honest, is all we can ask. Don’t come up with bogus rationalizations. It’s obvious, listening to these 3 city councillor, Burnside, Carmichael Greb and Holyday, they don’t like change. The won, fair and square, with the current system in place. Why would they possibly want to change that?

But please stop insulting our, albeit limited, intelligence pretending it’s about anything else. You just wind up embarrassing yourselves.

This entry was posted on Tuesday, October 6th, 2015 at 12:15 pm and is filed under Better Ballots, CBC, City Building, City Council, Elections 2014, Electoral Reform, Municipal Politics, Press coverage. You can follow any responses to this entry through the RSS 2.0 feed. You can leave a response, or trackback from your own site.