Ron Moeser has been a Toronto and pre-amalgamated Scarborough city councillor for 24 of the past almost 27 years. A seasoned veteran, you might call him. 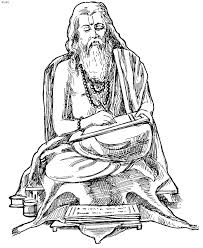 Or, watching his performance Tuesday as a member of the Public Works and Infrastructure Committee, you could also conclude he’s just a crank.

The extent of his questions and concerns amounted to little more than slight variations on ‘What are we agreeing to here?’ and ‘How much is this going to cost us?’ He seemed overwhelmed, complaining to the committee chair, Councillor Jaye Robinson, about having too much to do in too little time. There were moments when fellow committee members expressed a degree of impatience with Councillor Moeser’s, I can only describe it as, a certain obtuse stick-in-the-mudness.

Is this just the product of being too long in office, unable or uninterested any longer to grapple with the complexities of governing what is a sprawling, complex, 21st-century metropolitan city? Is Councillor Moeser simply burnt out, past his best before date, the poster child for term limits? Or… or… was Ron Moeser always a terrible city councillor?

It’s difficult to believe that such a radical transformation, from Jimmy Stewart in Mr. Smith Goes to Washington to Grandpa Simpson, is the explanation.

I’ve watched Councillor Moeser for 5 years now (some of which, to be fair, early last term, he was ill) and never witnessed any spark of policy proficiency or a city building initiative he picked up and ran with. An absent presence, I’d offer, a bump on the municipal log.

Lord knows, he’s hardly alone in the bad councillor category. His utter lack of contribution in any sort of sense probably disqualifies him as the worst city councillor currently occupying space at City Hall. Certainly not while the names Ford, Mammoliti, Karygiannis are tossed around. Councillor Moeser is benignly counter-productive rather than actively so.

But there’s something about the likes of that terrible trio that’s understandable in a perverse way. They’ve each found their calling in the low-expectation perception arena of municipal politics. Political bush leagues and backwaters, even here in the country’s largest city. The clown show, replete with clown princes’ like Rob Ford, Giorgio Mammoliti and Jim Karygiannis. Look at us! Look at us!!

Ron Moeser can’t even claim that status, though. He’s just a non-entity asking questions that have already been asked and answered, demanding to know little more than what we’re agreeing to and how much it’s going to cost us.

This is too much work. We need to slow down and catch our breath. We need to do less and take more time doing it.

What does this say about voters in Ward 44 Scarborough East who’ve sent Moeser to City Hall in 5 of the 6 post-amalgamated elections, albeit usually with very slim margins? Is incumbency so heavy a stone to set aside at the municipal level that the deadest of dead weights becomes impossible to move? Avoid contentious issues, keep taxes low, basements from flooding, the garbage picked up, and you’ll do alright. Maintain as low a profile as possible for an elected official and maybe, just maybe, residents will continue voting for you because… they can’t think of any reason why not.

A non-angry electorate is not a change-y electorate. Familiarity doesn’t necessarily breed contempt, or content. Just a whole lot of m’eh. Things could be worse, I guess. Put the X next to the recognizable name.

Does that sound mean or patronizing? Probably. But I’m at a loss to explain how it is Ron Moeser remains a city councillor. Maybe he’s dynamite at the constituency level. Maybe. That’s a little hard to believe, difficult to bridge the gap between that possibility and his abysmal performance in the legislative aspect of his job.

What’s even harder to understand at this point is why Ron Moeser sits on what may be the second most important standing committee at City Hall after the Budget Committee. Public Works and Infrastructure is largely responsible for the physical operations of the city, the roads, sewers, waste collection. The nuts-and-bolts of city life, pretty much. It oversees billions of dollars in capital spending.

Just this past week, among the nearly 25 items the committee considered, were a couple doozies. Yet more options on the Gardiner expressway east. Contracting out waste collection on the east side of the city. The interim poverty reduction plan.

And Ron Moeser sits as 1 of 6 votes on the committee, struggling to stay on top of the work, the reports, the decisions. What are we agreeing to and how much is it going to cost is the extent of his contribution to the discussions and debates. We have to get through all of this? By 6 o’clock?!

You have to wonder as to the motivation of the administration that elevated him to such a key position. In the waning days of the Ford era, Moeser occupied a seat at the table of the Budget Committee under the then chief 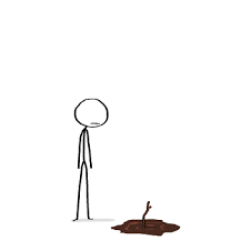 (and another mystifyingly out of his depth long serving councillor, Frank Di Giorgio). But by then, the Fords had burned through all their options, their allies scattered and in hiding.

Mayor Tory tapped Ron Moeser right from the outset of his time in office, with plenty of other, better choices at his disposal if his main concern was having the best and the brightest in the Public Works and Infrastructure Committee room. He went in another direction, however. A direction that suggests the mayor, just like the last mayor, is more about politics than he is good governance.

This entry was posted on Thursday, September 24th, 2015 at 11:00 am and is filed under City Building, City Council, Municipal Politics. You can follow any responses to this entry through the RSS 2.0 feed. You can leave a response, or trackback from your own site.