We Need To Have That Car Talk

Having arrived back in town yesterday after about 10 days away, the top 3 stories on the local news this morning were as follows: traffic accident causes a.m. traffic chaos, 2 car crash kills a cyclist (another one), 3 person HOV lanes in place for PanAm Games, grrrrrrrr. 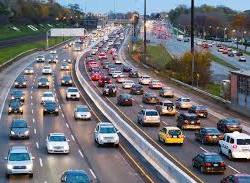 Do we live in a city so eye-splittingly uninteresting that our headline grabbing news consists largely of traffic? Whatever your opinion may be, we do have the aforementioned PanAm Games coming up in a couple of weeks, the biggest sporting event ever on Canadian soil, or something. Toronto just finished up with another successful Pride celebration, re-integrating the mayor’s office into the proceedings after 4 years in the homophobic wilderness. A Poverty Reduction Strategy is under consideration by the Executive Committee.

And yet, here we are, talking traffic, specifically car traffic, private automobile traffic.

Nothing says ‘car obsessed’ more than always obsessing about cars, and the problems drivers face driving their cars around town.

If you’re a driver and your commute times have increased because, I don’t know, reason X, change up how you get around. 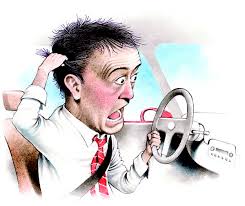 You can’t because it still takes longer than public transit would? Well, good for you. Imagine the poor bastards who don’t have the choice to drive, putting in that extra time to get where they’re going. Think about that for just a second before having a tantrum about your diminished quality of life and seeing less of your family.

We’ve been hearing recently about ‘frustrated’ drivers having to deal with lower speed limits on downtown local roads or new High Occupancy Vehicle lanes to encourage carpooling. A ‘frustrated’ driver may become a dangerous driver, is the inference. Incidents of road rage increase. Risky behaviour leads to more accidents, injuries and fatalities. Don’t make drivers angry. You won’t like drivers when they’re angry.

Rather than stare that kind of bullshit down, we indulge it. W 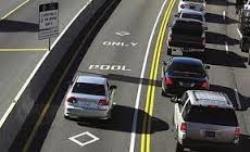 e operate as if deciding to get behind the wheel of a car absolves us of adhering to any sort of societal norm. Rules of the road are simply helpful suggestions. Enforcement is the first step to totalitarianism.

I do not think it too extreme a statement to suggest that fighting to rebalance our transportation system, to rein in the terror of private automobile use inflicted on this city and region, is a fight for the soul of the GTA. We are where we are in terms of congestion, mobility, lost productivity for two simple reasons, one inevitably following the other. A lack of vigorous investment in public transit for almost a generation now and a continued over-investment in our car-centric infrastructure.

Outside of the downtown core, how many times have we heard the reason for driving is because it’s faster than public transit? As has been said many, many times by many, many people, you don’t change that by making it easier to drive. 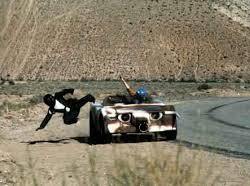 You don’t change anything by attempting to make it easier to drive except maybe changing it for the worse, for drivers and non-drivers alike.

Toronto and the GTA is at a crucial juncture where it is impossible to try and make it easier to drive without exacting long term and, quite possibly, irreversible damage on almost every other aspect of living and doing business here. It is not 1965. There are no more open roads to ride to freedom on. Believing that is what’s brought us to this point now. Denying that reality is willfully short-sighted, a delusional folly.

This entry was posted on Tuesday, June 30th, 2015 at 1:14 pm and is filed under 2015 PanAm Games, City Building, Killer Cars, Municipal Politics, Newspapers, Press coverage, Sports, The Globe and Mail. You can follow any responses to this entry through the RSS 2.0 feed. You can leave a response, or trackback from your own site.

4 Responses to We Need To Have That Car Talk