What Are Words Worth?

Words matter. If they didn’t, we wouldn’t try so desperately to misuse them in our attempts to mislead. Thus, ‘public safety’ translates into private scrutiny.

A picture may be worth a thousand words but a single mistruth convincingly told can literally alter a landscape.

So while it may seem like partisan semantics to challenge the word ‘hybrid’ as it’s currently being used in the Gardiner east debate, the fact is, it’s simply not correct. The “hybrid” option, as framed by Mayor John Tory, should be considered more of an affectation, a pretense. Lipstick on a pig, to coin a colloquial phrase.

“Hybrid” brings to mind a sense of environmentalism, do-goodism, looking out for future generations. I drive a hybrid, man. Emphasis on the hybrid.

“Hybrid” also conjures up images of agreeable compromise. The best of both worlds brought into pleasing alignment. Perfection? No. Are you perfect? I’m not. But together, we can make the best decisions possible.

Ahhhhhh…. “Hybrid”! … Even the consonants are pleasing.

(You don’t think that word was given the brand marketing going over?)

The problem is, “hybrid” as Mayor Tory is trying to sell it to us isn’t any of that. The only hybrid aspect of his plan for the Gardiner east is the painful forging together of two terrible ideas. Maintain the elevated portion of the expressway as is, only moving it slightly. 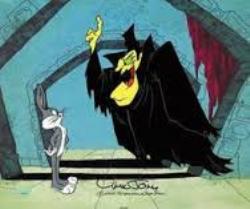 Not once but twice. That’s the “hybrid” of this option. A mess of unadulterated political calculations. A melange of pure reactionary self-interest.

The good folks over at CodeBlueTO have come up with the proper term for the mayor’s Gardiner scheme: Modified Maintain. It stems from one of the four original proposals that city staff put forth before last year’s campaign. Maintain, Improve, Replace, Remove. It essentially maintains the eastern most 1.7 kilometre section of the Gardiner as an elevated thoroughfare with a layout change that threatens future waterfront development.

Keep it Up To Maintain Appearances, basically. Mayor Tory wants to spend a half billion dollars to prove that he’s always looking out for car drivers while, not coincidentally, looking back over his shoulder for the Fords, determined to give them no fodder for what everyone’s convinced will be some variation of a mayoral rematch in 2018.

A legacy for the city? Screw that. Mayor Tory’s all about numero uno. This has everything to do with his personal legacy.

If the mayor were being honest, that’s what he’d call the Gardiner option he’s pushing for, expending political capital on. Modified Maintain. It’s just that it flies in the face of growing expert opinion that wants to see this 1950s-era hunk of infrastructure brought down to a more human scale. (Why, just yesterday, the Council for Canadian Urbanism weighed into the debate, standing in opposition to Mayor Tory, of course.) Modified Maintain leads fairly directly to ‘maintaining the status quo’ which the mayor has assured us, that’s not what he was elected to do. Just the opposite. The opposite being just the opposite of… the opposite?

Mayor Tory’s the embodiment of the status quo, is what I’m getting at.

Over the course of the next 10 days or so, he will, in effect, be hitting the campaign trail, selling this thing he won’t call by its proper name – Modified Maintained – and pressuring his council colleagues to fall in line behind him. He will spout words, many, many words, many times over, most of which won’t be in the faintest way related to their actual meaning. 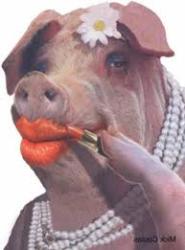 Like his predecessor, he’s fighting against evidence and experience with this and will have to pretend he’s not. So you won’t hear him say things like ‘craven calculation’ or ‘political pandering’ or ‘fundamental lack of leadership’.

In other words, the mayor won’t admit to reality. He’s put himself on the wrong side of this issue for all the wrong reasons, and now must desperately paint a picture where this is about two equally viable options with no easy, perfect choice to choose from but he’s done his level-headed, reasonable, rational, prudent, sensible, all-the-reports-read best to make his decision. Does he look like someone who wouldn’t do and be all those things?

Clearly, he is and when he tries to convince you otherwise, just remember two words.

This entry was posted on Saturday, May 30th, 2015 at 11:00 am and is filed under City Building, City Council, Municipal Politics. You can follow any responses to this entry through the RSS 2.0 feed. You can leave a response, or trackback from your own site.

2 Responses to What Are Words Worth?