With today’s release of the City of Toronto’s Ombudsman’s Report, An Investigation Into Toronto City Hall Security, 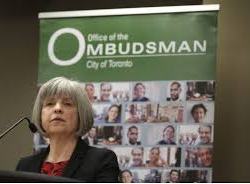 we’re sure to get another dose of noise from our Tales of the Mayor Behaving Badly tickle trunk. Just comes with the territory when you elect a drinker and drug abuser to public office. Messy shit happens.

And no question, messy shit happened, lots and lots of it.  Much of it reported earlier. Except I don’t remember hearing previously about security helping then mayor Rob Ford drive out of City Hall unnoticed while he was clearly under the influence. Aiding and abetting drunk driving, that is.

There I go, veering off onto the salacious detail trail. It’s so easy to get sidetracked. One could argue that, collectively, we got sidetracked for 4 years, caught up in the weeds and muck of scandal.

The thing to focus on in this Ombudsman’s report is not the instigator, the belligerent provocateur, but instead, how the system coped with a situation that the Ombudsman, Fiona Crean, referred to as ‘without precedent’. In short, it didn’t. Slightly less short, individual front line security officers were left to their own devices to deal with the unprecedented demands and overreach of the mayor’s office on them. 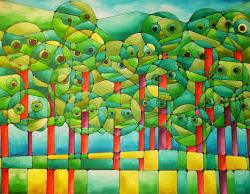 Management, city management, did little to counter the belief that the mayor was the “head of the city” (339, page 58), so could not really be challenged by security.

In other words, individual security officers were hung out to dry by management, allowing the mayor to run roughshod over procedures and protocol. When management finally did respond, it was frequently too late and reactive. The mayor blew past all established boundaries, and in the process, redefined them.

Yeah, well. What are the chances of this city ever electing a crack smoking, drunken stupor falling mayor again, asked while regularly looking back over our shoulder, wondering if this is the thing that will re-ignite Ford Nation again. Fool me once, shame on you, etc., etc.

“It is behind us, the city’s moved on,” Public Works and Infrastructure Committee chair Jaye Robinson (and noted no friend of the Ombudsman’s office) responded when asked about the security report. Yes. Let us never speak of this again.

The thing is though, Ms. Crean and her staff have revealed not just specific structural flaws in how City Hall provides security but very basic, fundamental flaws, starting with, Who’s in charge here? 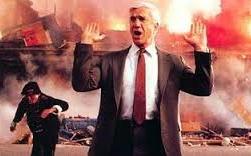 Nowhere in the City of Toronto Act, in the position of C.E.O. of the corporation of the City of Toronto or as head of city council, does it say a mayor can hijack City Hall security for his own personal use. The fact that, in this case, some security personal felt intimidated about reporting their interactions with the mayor out of fear of some sort of retaliation from him or his office (350, page 60), and when reports were written, they weren’t filed properly from the same reason, takes this far beyond this one mayor at this one moment in time.

Another mayor might look at this, see the matter of sheepish compliance in the face of the perceived power of the mayor’s office not only from the lower echelons of the public service but upper management itself, the very top of the city’s bureaucracy, and try to push the envelope in other, more troubling ways. Like say, I don’t know, procurement practices, for instance. The mayor lets it be known to the pertinent city department that he’s got an acquaintance with a business that would be perfect for job X. No pressure, you understand. Just a heads up from the “head of the city”. 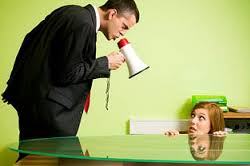 How about appointments to the various civic agencies, boards or committees? There’s this lovely lady, a good friend of a good friend. A great fit on the X board. Just some friendly advice from the “head of the city”.

Of course, we have rules against that sort of thing, just like there are rules about the role of security at City Hall. But if they are ignored, if those in charge of enforcing the rules, especially those sitting at the very top, look the other way, then those rules are meaningless, nothing but computer bytes and marks on a page. Rules made even less meaningful if, upon receiving a report detailing the flouting of those rules, our elected officials chose to undermine and attack the offices and staff empowered to investigate and report the abuse of those rules.

That’s why today’s report is important, why it can’t be simply put up on the shelf to collect dust, filed under just another episode of the Ford Follies. Mistakes were made, system failure detected. We need to reinforce the concept of just who exactly is the “head of the city”, underlining the fact that, no, no, it isn’t the mayor, any mayor.

This entry was posted on Thursday, April 30th, 2015 at 12:34 pm and is filed under City Building, City Council, City of Toronto Act, Municipal Politics, Newspapers, Press coverage, The Globe and Mail. You can follow any responses to this entry through the RSS 2.0 feed. You can leave a response, or trackback from your own site.