(Today I introduce a new semi-regular element to the site. Book Club where I review city/urban-centric books from the pile that have been gathering dust here around me, victims of very good intentions but little carry through. I have some trepidation, to be sure, of revealing my towering ignorance of urban issues through this series. But hey, that’s never stopped me before. Besides, these books aren’t going to read themselves, and if they did? They could bloody well review themselves.) 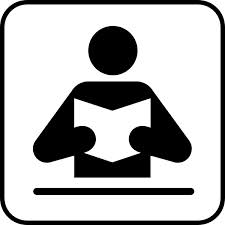 It was pure coincidence that I decided to take Triumph of the City with me on my recent trip as well as the September 2013 issue of Harper’s. Yes, my magazine subscription backlog is as impressive as my waiting to be read book pile. Essentially, I’m admitting my eyes are bigger than my brain or self-discipline. 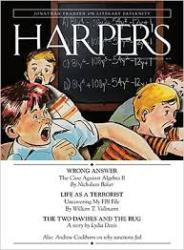 “Saving Your Children from a Harvard Education” (subscription required) was the title of that month’s Anti-Economist column by Jeff Madrick where he outlined a series of crimes against economic theory committed by Harvard professors over the past 3 decades or so. The last example he cited in his piece was the debt-to-GDP debacle foisted on the world by two Harvard academics, Kenneth Rogoff and Carmen Reinhart, which gave cover to governments worldwide to go on an austerity frenzy. Turns out the paper was full of “data omissions, questionable methods of weighting, and elementary coding errors”. An ‘academic kerfuffle’, the authors shrugged although the world still awaits the positive outcome of the austerity measures they helped justify. 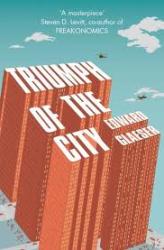 Turns out Triumph of the City’s author, Edward Glaeser is a Harvard appointed professor as well and, I have to say, he doesn’t exactly burnish the school’s cred any with his book.

It’s not that Glaeser is some anti-urban, pro-sprawl, pro-car type like, say, Wendell Cox although he does share the sentiment that housing prices are influenced mainly by onerous land use and development regulations. Get rid of planning rules, let developers build anywhere there’s demand and more people will be able to afford home ownership. Like Cox, Glaeser cites Houston as somewhere that’s doing it right. Build it and they will come. When they come, keep building more. Supply meet demand. Demand? Supply.

Sure, even Glaeser admits, Houston has a huge carbon footprint, in its insatiable need for electricity to keep all those ranch style houses cool in the summer, and the gasoline consumption for all the driving necessary. 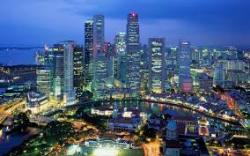 But what are you going to do? It’s the free market at work, am I right?

Glaeser’s analysis of cities seems only partial, using the bits that fit and ignoring those that which doesn’t. While reading the book, I kept thinking it felt a bit Freakonmics-ish, funny coincidences that in no way denoted causality. Unsurprisingly, when checking his endnotes I discovered regular citing of Steven D. Levitt, a co-author of the Freakonmics books.

Singapore and Hong Kong seem to be the model for Glaeser’s ideal city of the future. Density created almost exclusively through tower living. Its simplicity runs at odds to the complexity of most current cities. While there is nothing inherently wrong with skyscrapers, is that all there really is? What about encouraging more midrise growth in places that seems more appropriate? 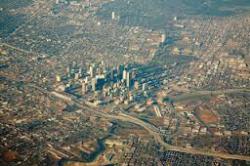 Couldn’t we help fight the negative externalities of sprawl in places like Houston by promoting less single family housing with slightly more dense forms of dwellings instead of expecting New York City to loosen up and allow more tall buildings around the perimeter of New York City’s Central Park?

For such a free market advocate as Glaeser comes across as, he seems uninterested in addressing urban sprawl with any sort of market costing. While he gives a thumbs up to the congestion charges in London and tolls in general, he doesn’t make much of putting a real price on the cost of infrastructure like the roads and highways that are necessary to maintaining single use communities with single family housing, content to claim that housing is affordable simply because the market’s keeping up with demand. 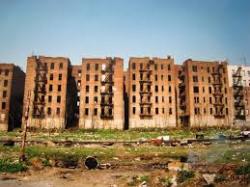 Glaeser also spends surprisingly little time on public transit. Somehow it’s just going to be there as people make their way to their high rises downtown.

I guess that’s what I found most dissatisfying about the book. The lack of, I don’t know, thoroughness to it. Fixes were straight forward, mostly if the heavy hand of government would just keep out of the mix. Glaeser sees slums and tenements as hotbeds of opportunity, where everyone has one innovation in them to fill a niche that will eventually allow them to prosper. He skirts around the role racism has played in the decline of places like Detroit, suggesting its reliance on a single industry was the sole cause of what’s happened. He sees little merit in doing much to help places like Detroit or New Orleans. History has dealt with them. Let’s move on.

Maybe I’m being a little harsh on Professor Glaeser. It’s not so much that I disagreed with much of his views and conclusions. 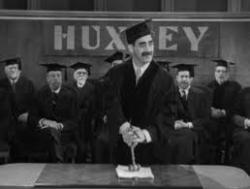 They just didn’t come across as very vigourous. He seemed hidebound and stuck by his laissez-faire ideology. On more than one occasion he presented choices in a simplistic, binary alternative. “As noted earlier,” Glaeser writes re: the public school system, “this problem could be eased by a move either to the left or the right.”

I guess I just expected more from a Harvard professor. But as Jeff Madrick pointed out in Harper’s, that’s a mistake too many of us make.

This entry was posted on Friday, November 21st, 2014 at 12:48 pm and is filed under City Building, Press coverage. You can follow any responses to this entry through the RSS 2.0 feed. You can leave a response, or trackback from your own site.

2 Responses to Book Club I