My Lunch With Andray

We’ve been writing much here at All Fired Up in the Big Smoke during our conversations with city council candidates about the battle many of them face with a lack of nurtured, encouraged civic engagement. 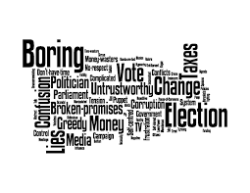 This has been especially noticeable to me in the former municipalities of the so-called inner suburbs. Etobicoke. York. North York. Scarborough.

And then there’s ‘enforced disengagement’.

This was a topic of discussion I had last week with Ward 2 Etobicoke North council candidate, Andray Domise. We endorsed Mr. Domise a couple weeks back but hadn’t actually talked to him in person save a couple quick handshakes at a few public functions where our paths had crossed. I quickly realized that the subject of civic engagement was, I don’t know, a theoretical one for me while for Domise and the other candidates running in Ward 2, it was very, very real. 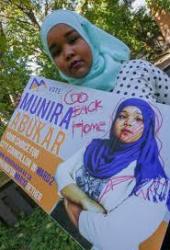 Most of us have heard by now of the sign wars going on up in the ward. Fellow Ward 2 candidate Munira Abukar was nastily instructed to ‘Go Back Home’ on her signs, part of a disturbing racist outburst that has occurred during the later part of the campaign. Domise too has had sign battles, defaced and replaced in a concerted effort to keep his campaign team otherwise occupied.

We can try and shrug it off as the usual electioneering antics and tactics but it’s hard not to see it as having a chilling effect on both candidates and residents alike. Who wants to put their name forward or speak out publicly if the reaction you’re going to get is based on nothing more than your skin colour or ethnicity? Go back home. You’re not wanted here. Your opinions don’t count.

Neither does your vote.

Making matters worse, of course, is that Ward 2 is the Ford family’s playground. You only had to look at this campaign to realize just how entitled they feel they are to it.

Doug Ford, one-term councillor, announces he’s had enough of municipal politics and will be leaving. In his place they attempt to prop up 20-something nephew, Mikey, and keep him away from any and all media. Rob, the mayor and former councillor, gets sick, decides instead to run for his old position in Ward 2 without really campaigning, bumps nephew Mikey to local school trustee candidate, Doug runs for mayor.

All this after Doug parachutes into town in 2010 to claim the Ward 2 council seat, trouncing local activist and 2006 runner-up, Cadigia Ali, by 10,000 votes. “Hope in Ford country”? Don’t think so.

Add in a degree of fatalistic inevitability – the Fords rule this roost – to the sense of racist unwelcoming, only further fuels that ‘enforced disengagement’.

On top of all of this, life for many residents in Ward 2 has not noticeably changed for the better under the 14 year misrule of the Fords. Follow along with Domise’s Twitter feed to see just how little improvement there’s been, how little engagement, interaction even, especially during Doug Ford’s time in office. 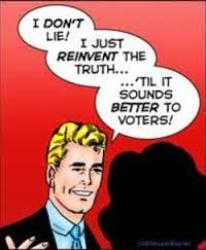 What’s the use of getting involved if the politicians who are going to win anyway do nothing for you? And when you do, when you throw you hat into the political ring, you’re viewed as just another say-anything-do-nothing politician.

Yet, despite all this, the council race in Ward 2 has 3 viable candidates challenging the Ford legacy, with the breakout star being Andray Domise. That in itself should be cause for great joy and celebration. I think those of us who’ve never put their names forward for political office, who live in areas of the city not dominated by zero-tolerance for inclusion and engagement, under-estimate just how much courage that takes.

But you can’t simply flick on wider civic engagement like a switch. It doesn’t pop up from fallow ground. There has to be a history to build on. The Fords claim to speak for the people without ever actually having listened to them or actively attempted to let them speak for themselves.

The Ward 2 city council race will be something of a bellwether for the rest of the city indicating just how far along we are down the path of engaged democracy. Andray Domise has emerged as a new voice in support of that civic undertaking and in opposition to our traditional complacent boss politics. This election represents only the beginning of that change. We all will need to pitch in to continue pushing the concept forward.

This entry was posted on Tuesday, October 14th, 2014 at 1:42 pm and is filed under CBC, City Building, City Council, CP24, Elections 2014, Municipal Politics, Newspapers, Press coverage. You can follow any responses to this entry through the RSS 2.0 feed. You can leave a response, or trackback from your own site.