Indifference By The Dozen

I’m feeling my coverage of incumbents seeking re-election is incomplete. There’s my 12 Must Haves and my 13 Need To Gos, leaving the 12 remainders in some sort of shadowy, no-man’s-land.

Hey, All Fired Up in the Big Smoke! You love these ones and hate those ones. What about these ones?

Ok. This is our Group M’eh. We’re largely indifferent, neither here nor there, but it could be worse. Maybe.

Some of these 12 probably would’ve been given thumbs up if it weren’t for their support for the Scarborough subway. Councillors like Anthony Perruzza Ward 8 York West, Michael Thompson Ward 37 Scarborough Centre and Chin Lee Ward 41 Scarborough Rough River. Hell, for his Deputy Mayor work alone, Norm Kelly Ward 40 Scarborough-Agincourt should be acknowledged because, lord knows, as a councillor he was eminently forgettable although, watching Kelly in action and it’s not difficult to get a sense of how exactly John Tory would go about conducting business at City Hall if elected.

A group shrug with the one caveat.

It could be worse.

Councillor Jaye Robinson Ward 25 Don Valley West showed up to defend proper development on the waterfront (except for her apparent openness on island airport expansion) and was quick to call the mayor out on his bad behaviour but her antagonism toward the city’s Ombudsman was more than a little unsettling. It was difficult to get a read on her. Such opaqueness left us cold.

Again though, it could be worse.

For all the work Councillor Ana Bailão Ward 18 Davenport did in helping save the TCHC from the mayor’s ill-intention came undone in her support of the Scarborough subway. That’s not entirely true. Councillor Bailáo was regularly all over the map, a slippery entity with little rhyme or reason about where she stood on issues.

Unlike the above group of councillors, there is no It Could Be Worse asterisk for Councillor Bailão.

She is being challenged by a very interesting candidate in Alex Mazer, so there’s no need for voters in Ward 18 to fearfully embrace the status quo.

The same thing could be said in Ward 30 Toronto-Danforth. I’ve got no particular beef with Councillor Paula Fletcher nor am I giddy at the prospect of her re-election. There’s simply a better candidate in Jane Farrow running against her.

Councillors John Filion Ward 23 Willowdale, Pam McConnell Ward 28 Toronto Centre-Rosedale, Mary Fragedakis Ward 29 Toronto-Danforth and Raymond Cho Ward 42 Scarborough-Rough River, all made little impression during this past term unless you count football pools with the mayor, getting run over by the mayor or running for your 3rd party in a non-municipal election as making an impression. 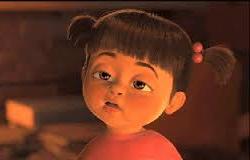 Indifference describes my attitude toward their respective candidacies. But it could be worse.

That leaves Councillor Josh Colle Ward 15 Eglinton-Lawrence. This one, this one gets our Biggest Enigma Award of the term. He was the face of the 2012 budget pushback that began the mayor’s slow, train wreck slide toward irrelevancy. Yet he stood and gave perhaps the most cynical speech I have ever witnessed when he spoke out against transit funding revenue tools. He voted in favour of the Scarborough subway. In fact, his percentage alignment with the mayor’s voting pattern at City Hall hasn’t varied all that much over the course of the past 4 years, in the low 40s from 2010 to 2014. 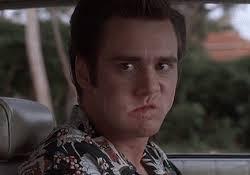 I can’t honestly answer that question. Councillor Colle hasn’t earned that kind of benefit of the doubt.

But again, it could be worse.

12 councillors, 12 various reasons for, yeah, well, whatever. Their re-elections wouldn’t necessarily damage the city but it’s hard to see how it would make much positive difference either. Do with that information what you will.

This entry was posted on Thursday, September 25th, 2014 at 1:03 pm and is filed under City Building, City Council, Elections 2014, Municipal Politics. You can follow any responses to this entry through the RSS 2.0 feed. You can leave a response, or trackback from your own site.

6 Responses to Indifference By The Dozen