The final city council meeting of the 2010-14 term caught me by surprise. 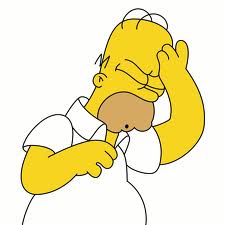 Didn’t see it coming, tucked away as it was in the final week of August. I’d got used to no meetings in August, summer break and all that. They’ll be back in September…

It’s a surprising lack of awareness when you consider city council has been something of an obsession of mine for 4 years now but, you know, it feels a bit like we’ve all moved on. I mean, isn’t t there a campaign to focus on? And if history is our guide on such matters, 90% of the old faces (minus the ones electing not to run for re-election) will be back. They always come back.

History, in the immediate short term, meaning, right around right now, may rush to judge this past council term harshly. Fractious. Tumultuous. Divisive. Counter-productive. With little to show for itself except for the self-inflicted bruises and scratches. 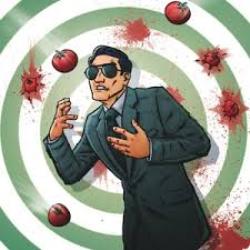 Some of which will be undeniably true.

But whatever rot you want to see in the dynamic of this outgoing city council, it all starts right at the top.

Mayor Rob Ford came out of the blocks swinging, determined to bully the body he was elected to lead into submission. My way or the highway. Fractious. Tumultuous. Divisive. Counter-productive.

From appointing an all-suburban Executive Committee through to Don Cherry’s pugnacious inaugural address and his unilateral declaring Transit City dead, Rob Ford set the tone in establishing not so much a sense of leadership as autocratic rule. He wanted to fight. He got a fight.

Then, of course, the crack, the booze, the loss of power.

History, longer term, should look upon this outgoing city council kindly. It eventually stepped into the leadership vacuum created by our neglectful mayor. It beat back and contained his most destructive policy impulses. It relegated him to where he’s most comfortable, screaming, shouting and stamping his feet on the sidelines.

It was seldom pretty and there certainly were some grave missteps (*ahem* Scarborough subway *ahem*) council did all on its own. Still, all things considered, it could’ve been so much worse. Much, much worse.

The lesson, boys and girls, and one we here at All Fired Up in the Big Smoke have been harping on for a while now, and will continue to harp on as the campaign kicks into full gear, is that council matters. Council matters above and beyond the mayor.

For all the hype and high profile limelight shone on the mayoral race, similar consideration needs to be given to how you cast a vote for your city councillor. There are two equal opportunities for each of us to influence the direction our next city council takes.

Voting for city councillor should not be an after-thought, a 2nd choice, a throw in for a player to be named later. In the end, after all the chest beating, arm twisting and horse trading, your city councillor will determine the decisions made affecting this city as much as the mayor will. They aren’t part of this team or that team. They’re your home team.

Going forward you’re going to hear much from us here about getting involved, getting active, and the fact of the matter is, whatever efforts you’re willing to make, they may be most affective going towards electing strong, smart, inclusive, forward thinking city councillors. 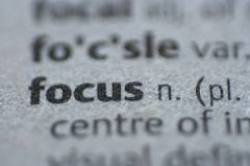 If City Hall gets a majority of those types of councillors, it’ll make little difference who’s elected mayor. What we should take away from the past 4 years is that our city councillors work for us, for the city, with the mayor not for the mayor.

This entry was posted on Friday, August 29th, 2014 at 2:28 pm and is filed under City Building, City Council, Elections 2014, Municipal Politics. You can follow any responses to this entry through the RSS 2.0 feed. You can leave a response, or trackback from your own site.

2 Responses to End Of Term