A City Is Public Domain

(Point 1 being from Monday that began our search for a 2014 campaign manifesto creed. A document to move us beyond talk of taxpayers, to find words or ideas that encompass the complexity of our relationship with each other and the city we live in. In his book Happy City, Charles Montgomery cites Henri Lefebvre who talks of citizens and denizens. Citadin, he says. Citident? Resizen? We’ll keep working on it.)

We have been pitched a faulty narrative over the course of the last few years, decades really, if we go back to Margaret Thatcher’s claim that there is no such thing as society. Here in Toronto since 2010, it’s all been about the taxpayer. That hardworking, heroic figure who just wants to make a few bucks, put food on the table for his family, maybe have a coupla pops on a Friday night. The little guy. 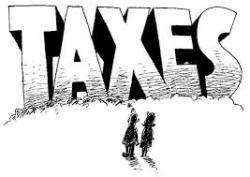 of this simple, common sense approach to life, is the government. All greedy, grabby hands, reaching deep into our pockets, taking our hard-earned money to spend on their sketchy (and probably corrupt) boondoggles and international excursions. Everything would be so much better if governments would just get off our backs and let us do our thing!

A house on a street. Not one of those European semi-detached ones or row houses. An actual house. On its own. A nice front yard. A driveway to the side.

A home. A castle, am I right? A haven from the rough and tumble world going on outside of it.

The urban homestead. Pitched by self-sufficient pioneers come to the city despite its purse-snatchers and perverts, jaywalkers and bus riders, to seize the opportunity from petty bureaucrats and political bagmen. Look out world! Here I am, twirling on a street corner, tossing my hat in the air.

[Note to self: rework that last image. It comes across as a little too girlie.]

It’s a myth, of course. Pure bullshit. Always has been.

Underneath that detached house on the street, pipes and drains and mains. Overhead, wires. All conveying some sort of public utility. Let me state that again. Public utility. Potable water in, treated first somewhere, a city service. Sewage out, again, treated somewhere, a city service. Electricity. Gas. Likely some combination of public-private partnership, depending on where it is you live.

That street out front of that house?

Built and maintained, if not directly by the city, by tax dollars brought into and paid out by the city. Cleared of snow and ice in the winter by the city. Cleaned of refuse the rest of the year by the city. On many of those streets, the city provides space for private vehicles to park at rates far below what the market would demand.

Any notion that any of us live or work in this city free of assistance and cooperation from everybody else is simply delusional. A taxpayer alone lives in a shack in the woods at the end of dirt path. 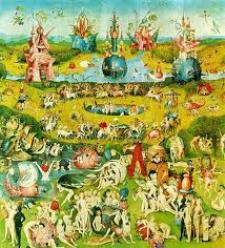 He fends for himself.

Even the mighty industrialists among us depend on the kindness of strangers to chip in and pay for the infrastructure business needs to deliver its goods and services to succeed. Who did our mayor turn to in order to gussy up the surroundings of his family business in time for its 50th anniversary? Why, the city of course.

Look at our most recent run in with crazy inclement weather. No, not the outer space-like cold snap. Before that. The ice storm, and the toll it took on this city’s trees.

We all know trees, and how beneficial a healthy tree canopy is to a city. So much so that City Hall exerts a mighty control over their well-being. It spends a lot of money maintaining a healthy stock of trees.

You might have a tree in your yard. It is rooted in your property but overhangs a neighbour’s house or a neighbour’s car parked on the street. The ice storms blows through, bringing down huge branches of your tree, crashing down on top of that car, taking out the wires that provide electricity to a couple of your other neighbours’ houses.

Power’s not restored for days. A lot of the food in their fridges and freezers goes bad.

Just because that tree is in your yard, you can hardly be expected to pay for all that damage. Such an expectation would just be silly and dumb. That tree in your yard contributes positively to all of our lives even those of us who don’t live in your neighbourhood or community. It makes sense that we all pitch in to help when things take a turn for the worse for that tree in your yard.

That’s not just a real life example. It works as a metaphor too, I think. A city cannot function on the self-interested efforts of individuals. While there is an ‘i’ in city (and community and neighbourhood), it is only just one letter among many. It can make its own word but isn’t much of a stand alone read.

In Happy City, Charles Montgomery refers to a city as a “social machine”. A place that provides opportunities to connect and engage others on an infinite number of levels. Friendship. Romantic. Business. Shared interests.

As diverse and complex as the inhabitants who dwell there.

If you only see yourself as a taxpayer in your relationship to the place you live, the opportunities for engagement with those around you are limited. Those outside of this limited social circle are little more than rivals for the resources you’ve paid for. Get off my lawn! Get out of my way! Get moving!

At its very core, it’s adversarial. Cities are a collaborative project. Living in one as just a taxpayer is nothing more than a shirking of your responsibilities to everyone else who helps make your life a whole lot easier.

This entry was posted on Thursday, January 9th, 2014 at 1:38 pm and is filed under City Building, Elections 2014, Municipal Politics, Newspapers, Press coverage, The Globe and Mail. You can follow any responses to this entry through the RSS 2.0 feed. You can leave a response, or trackback from your own site.

5 Responses to A City Is Public Domain