Just in case you think city council’s Scarborough subway decision put an end to the conversation once and for all,

let me disabuse you of that flightful bit of fancy. While the LRT plan to replace the aging SRT may’ve had the plug pulled on it, we’ve now moved to which subway are we going to build. That battle’s just begun and, as reported in Spacing yesterday, doesn’t look like it’ll be resolved any time soon.

A more theoretical and interesting discussion cropped up following the subway decision in, of all places, Deputy Mayor Norm Kelly’s Twitter timeline. No, no. That’s no typo. And let me be clear, it was not a conversation intentionally instigated by the long time Scarborough councillor but one, like much of the city business that swirls around his presence at City Hall,

he just occasionally and unwittingly runs smack into.

You see, the deputy mayor like most of the Scarborough subway supporters have embraced the technology almost exclusively for its world classiness. They take every opportunity to point out all the glitzy international destinations that have subways running underneath their grand boulevards. New York. London. Paris. Madrid. Ipso facto, if Toronto truly wants to consider itself world class, it needs to start playing subway catch up.

The fact that many of these same cities are also building LRTs as a part of their transit network is usually greeted by silence when it’s pointed out to the likes of Deputy Mayor Kelly and other subway-philes.

But yesterday, he chimed in with a new counter-argument. 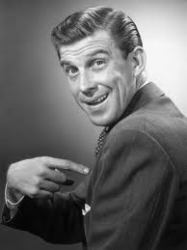 “Madrid builds subways in the city,” the deputy mayor tweeted. “Scarborough is IN the city. Madrid builds LRT’s in the suburbs. Our suburbs are in the GTA.”

That is either the dumbest assertion I have heard in a while or a stroke of pure ingenuity in rationalization.

Given the source, I’ll assume the former but, probably not coincidentally, it’s a line of reasoning I encountered a few days earlier. Another subway advocate told me he was all for LRTs but “… in the ‘burbs (like Markham, Durham and Oakville)”. Apparently, with the expansion of growth out into the wider GTA, almost exclusively built on a suburban model, the former suburban municipalities that are now part of the legacy city of Toronto should no longer be viewed as suburbs and therefore, need to be treated accordingly.

With subways. Like they have in every other city worth mentioning.

It reminds me of the punch line to a joke never told in Tom Stoppard’s Rosencrantz and Guildenstern Are Dead. “I’m not Saul. I’m Paul. And this guy’s the Jew.”

Scarborough’s not a suburb. Markham’s a suburb. They should be the ones getting an LRT.

You can’t just simply ignore intensive post-war design and development based almost exclusively on private automobile use and single family detached housing by pointing out that newer cities around you are more car dependent and single family house-y. That doesn’t make a place any less that because other places are more so. Inner suburb. Outer suburb. Note the similar word in both those descriptors.

It’s as if grafting a transit mode associated with a densely populated urban core will magically transform the suburban landscape of Scarborough into Manhattan. That’s like me envying a bird and wanting wings sewn to my back so I can fly. It doesn’t work like that. I’m simply not built for flight.

I know this is not your grandpa’s Scarborough. Much has changed over the course of the last four decades.

But just a head’s up. Subways aren’t going to make you any less suburban. No one’s going to suddenly mistake you for Madrid. Or downtown Toronto even.

Besides, as long as this kind of stuff keeps happening, any claim that Scarborough has moved from its suburban roots is kind of suspect. In reaction to an application to build 50 townhouses on a vacant lot in his Scarborough East ward, Councillor Ron Moeser said, “I’ve got a single-family community that wants to stay that way.” For the record, Councillor Moeser voted in favour of the Scarborough subway.

This is not to say Scarborough (or Etobicoke or North York) can’t change. That the city’s suburbs shouldn’t endeavour to build healthier communities and neighbourhoods by decreasing their reliance on private vehicles. 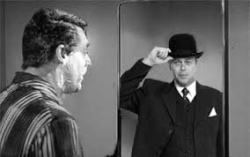 It’s just that there are better approaches that reflect the current reality on the ground than mindlessly demanding a type of transportation designed for an entirely different built form.

Scarborough is now a part of the city of Toronto, a big chunk too, nearly a suburban quarter of it, occupying its eastern boundary. Insisting on more subway stops isn’t going to alter that. Demanding better transit sooner will go a whole lot further in making the entire city more connected, more inclusive and, yes, maybe even a little less suburban.

This entry was posted on Friday, October 11th, 2013 at 2:42 pm and is filed under City Building, City Council, Municipal Politics, Press coverage. You can follow any responses to this entry through the RSS 2.0 feed. You can leave a response, or trackback from your own site.