In the north country over the long weekend, stocking up on provisions (“Are you sure that’s enough Pringles?”),

we’re asked by the cashier if we need plastic bags. Hells yeah! We’re on vacation here. Our concern for the environment is purely a workday, 9-5 affair. We’ll be leaving these bags behind for somebody else to deal with.

Then we’re hit with the bill.

.05¢ per plastic bag?! What the fuck’s with that? Out here in the middle of nowhere? At someplace calling itself a ‘General Store’? Where’s all this small town and rural conservatism we keep hearing about, tired of being nickel and dimed to death?

It’s whatever the opposite of refreshing is to travel outside our little lakeside bubble here and realize that many of the places around us have accepted the inevitable, not got dragged down into trivialities and simply moved on with what had to be done.

That Toronto wasted so much political time and energy debating and re-debating and debating again such an inconsequential matter as a five cent plastic bag fee should be both mind-boggling and soul-crushing. It reflects the blinkered mindset that’s held this city hostage for the past 3 years.

If it’s not plastic bags, it’s the misguided demand for subways. Technology-envy, if you will. We not only want more public transit (which is a worthwhile discussion) but we want a specific kind of public transit (a less vigorous debate) based almost entirely on the fact that other parts of the city have it. Oh yeah. And we’re not going to broach the subject of paying for our transit wish list.

These are not the types of conversations big cities with any sort of aspirations toward being places their children and children’s children want to live have.

Dwelling on such petty matters – and yes, insisting on your right to a subway based solely on the fact they run elsewhere in the city is the very definition of petulance – is a passive-aggressive way of simply avoiding big decisions. It clogs up forward motion and squanders opportunity at every turn.

I’d like to think that this farcical interregnum of debility we’ve subjected ourselves to for the past three years is the result of the lack of a truly bold campaign in 2010. Into the void of that vision thing, stepped the reactionaries and the governance-challenged who convinced a plurality of Torontonians that we were only a cut or two away from greatness. There were no tough choices to be made. Only a taxpayer windfall that would somehow propel us toward future prosperity without costing us a single dime.

Six months out from our next municipal campaign, it’ll be interesting to see if anyone contemplating a run for mayor rises above catering to our worst, self-interested instincts and lays out a positive platform. 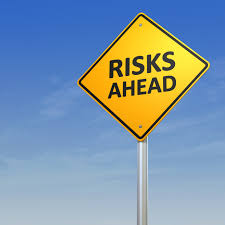 A recent poll suggests there’s a sizeable base willing to get behind someone who rejects crass populism for a more constructive city building agenda. That may be hard to believe, listening to our current debates at City Hall but it’s also possible that the public is ahead of the politicians on this. They’ve had it up to their eyeballs in fights over plastic bags and inaction on transit funding. Perhaps the politician recognizing that will get a leg up on their rivals heading into the 2014 campaign.