Mayor Or May Not

For the record, I think city council is doing a pretty bang up job at this moment. All things considered. 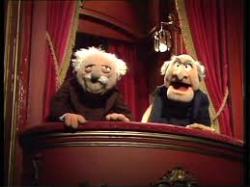 And by all things I mean, the mayor. Besieged and absent most of the time, he contributes nothing more than an occasional grunt of consent (casino, yes) or dissenting snort (tolls, no way).

Locked into a near submission hold early on in this term by a beast with a mandate, a more passive, compliant group was hard to imagine than our city council. Kill Transit City. Wait, what? Cut the VRT. OK, but how do we replace the reven–Cut office budgets. OK but that’s still not going to replace the revenue from–Privatize waste collection. Can you at least give us proper numbers? Oh, never mind. Whatevs.

But then, in a classic dumb wrasslin’ move, Mayor Ford didn’t finish off his opponent when he had the chance. 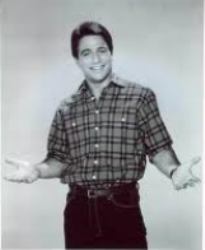 He let up on the choke hold and tagged his partner to take over the beating. But when his partner-brother-councillor got in over his head, his nifty manoeuvre on the Port Lands rebuffed and then used to pummel him, the mayor was too distracted to help out. Oh, look. Football season!

And we as a city are the better for it.

City council has stepped up and ably assumed control, as best it can with an obstructionist mayor who, when he’s paying any attention at all, throws nothing more than blocks and hissy fits in order to in any way seem relevant to the civic discourse. Yes, transit plans were delayed by about 18 months but, I’d say, council was third on the list of those responsible for that, after the mayor and the Liberal government of Dalton McGuinty who could’ve stopped the assault in its tracks, so to speak, but instead chose to play politics with it. Actually, fourth if you factor in Tim Hudak’s inane blathering about subways, subways, subways.

For sure, this type of unplanned (but not unsurprising) leaderless style of local governance is not optimal. It appears to have opened things wide for outside influencers, let’s call them, on the casino question. The mayor’s inability to build a majority of councillors to approve a casino has now slowed the proceedings to a halt as staff calls for more information from OLG (which is not necessarily a bad thing)

and given more time to lobbying efforts. But it’s also just prolonged the time, space and resources this debate takes of the public discourse. Important matters are not dealt with in the most expeditious of manners.

On the other hand, in the absence of a strong mayoral hand, city staff have seized control of the transit file and pushed it to the forefront. In fact, I might argue that led by our Chief Planner, Jennifer Keesmaat, along with TTC Chair Karen Stintz, the public discussion about tolls, taxes and fees needed to pay for Metronlinx’s Big Move have outpaced the efforts done by the province. With Mayor Ford bleating ineffectually along the sidelines, there have been forums, town halls and other information sessions that have inserted the topic firmly into the region wide discussion. All of it occurring in spite of the mayor’s adamant disapproval.

Pointing to the possibility that while having a mayor contribute positively to the running of the city is preferable, it isn’t absolutely essential. Order does not break down and chaos reign. Sure, it can be something of a circus but I would argue that’s more a product of this particular administration than it is any sort of proof that the system cannot function if a mayor doesn’t prevail.

What we absolutely don’t need is to bestow more power in the mayor’s hands to make sure this kind of gridlock doesn’t happen, as some have talked about repeatedly, not mentioning any names

but it’s exactly the same as the mayor’s and rhymes with ‘bored’. No, just the opposite. Until we undertake a radical restructuring of the municipal system here with an emphasis on more city wide representation outside of the mayor’s office while giving more power and say to citizens at the ground level, we might want to harken back to simpler times.

Instead, our mayor will be chosen from the 44 councillors who’ve just been elected. That way, there’s already a momentum toward consensus going forward into the term. There’s a working majority at council from the get-go.

An added bonus would be extra interest in the councillor races because the one elected to be mayor would give up their council seat and be replaced by the candidate coming in second to them in the ward race. Four years down the road, the mayor would have to fight for the ward again, possibly facing the incumbent who’d replaced them. 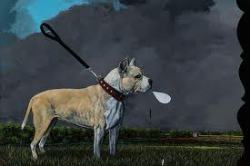 So, there’d be none of this petulant sulking, impatiently waiting for the next election to get your way since you’d have someone else trying to contribute positively to the running of the city who you might just have to face off against in your ward in order to be re-elected.

It’s not perfect, no. But if the office of the mayor has not proven to be indispensable to the running of the city, why pretend that it is? Let’s treat it like it is, a first among equals to borrow a phrase. Only as powerful as the individual holding the office can make it or as strong as the rest of council allows.

This entry was posted on Tuesday, March 12th, 2013 at 4:07 pm and is filed under City Building, City Council, Electoral Reform, Municipal Politics. You can follow any responses to this entry through the RSS 2.0 feed. You can leave a response, or trackback from your own site.

6 Responses to Mayor Or May Not