I will admit to a slight glitch of feeling, a tiny moment of near compunction when I heard the news on Wednesday night of Budget Chief Mike Del Grande’s resignation.

Huh? That’s… something, I thought.

Then we proceeded to pop the cork on some bubbly.

I write no note of gratitude or appreciation toward our outgoing budget chief. Like in our post last weekend on Councillor Denzil Minnan-Wong, I can find no redeeming qualities in the political life of Councillor Mike Del Grande. There’s nothing to respect or applaud. Even if I were to lie just a little bit.

Given enough time and a couple glasses of wine, I probably could byte a few positive words about Mayor Rob Ford. Probably. In a pinch. But increasingly, I have great difficulty coming up with duly appropriate nods of respect for conservative politicians.

Those propelled into a life of elected office on the wings of anti-government sentiment and the core conviction that it is nothing but a determinant to be neutralized and dismantled.

Michael Del Grande is one of those types of politicians.

Read through yesterday’s perfectly timed feature in The Grid on the then-but-now-ex budget chief and consider this following passage:

“I grew up poor, so I know what it’s like to make a buck. My attitude is, any dime that’s spent out there, I treat it [like] it’s my own.”

There’s no sense of community, no belief in a greater good. I pay my taxes. I expect results. Certifiable, directly benefiting me, bang-for-my-buck results.

and make sure he personally was getting something in return.

Of course, I could just say that being the budget chief of Toronto and overseeing billions of dollars must be one hell of a job, thankless in that you can never please everybody and onerous in terms of demands on your and your family’s time. But I don’t need to. The ex-budget chief reminded us of that fact every time he got in front of a microphone. Here. And here. And here.

Yes. A terrible job which, when push comes to shove, pays a paltry amount. (Owing, ironically, at least in part to the penny-pinching attitude held by the likes of Councillor Del Grande). It is not one for the faint of heart or thin of skin.

But nobody forced him to take or keep the job, did they? If you can’t stand the heat and all of that. It seems nothing short of unanimous and uncritical praise is payment enough for him.

Thanks very much, Councillor Del Grande,

for the sweat and toil you put in coming up with 3 successive budgets I couldn’t agree less with. I thank you. The widows and orphans thank you.

“Del Grande is so committed to efficient service that he occasionally leaves his office to drop in on city employees unannounced. If he catches them slacking off, there’s hell to pay,” writes Rob Duffy in The Grid. “I’m the kind of guy that will call them over, ask them if they know who I am. Most of the time they’ll say no. I tell them who I am, then they crap their pants. And I basically just tell them, Look, the public wants to see value for their money. They’re working for me. I’m the boss. It’s my money.”

No, wait. It gets better.

“My philosophy? You don’t have to fire everybody. You take the biggest bull, the biggest problem, whatever the heck it is, and you gore it publicly. You make it bleed so bad that it scares the shit out of everybody else, to put them in line if things are going bad.”

Not only does he behave that badly, he seems to brag about it, relish it. I mean, it’s like Donald Trump without the bad hair and money. 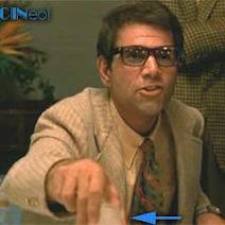 These are the words and actions of a petty tyrant not a thoughtful city builder.

“I presented an extraordinary budget, an extraordinary turn around with respect to where the city was going. I’ve done my job, the ship was set in the right direction,” the National Post’s Natalie Alcoba quotes him saying after Wednesday’s vote. “Everybody then wanted to be the budget chair on the floor of council and they extracted their individual peeves.”

The startling self- (*a-hem, a-hem*) -delgrandizing aside, it is the statement of a man seemingly unable to experience the sensation of empathy. Everything he does is selfless, for the betterment of the city. Everyone else? Pet peeves, pet projects.

He is an evidence-based decision maker, as he’d taken to pronouncing in the months leading up to the budget debate and vote, rather than one subject to mere ‘whims and emotions’. Which is a rich claim coming from someone absolutely wrapped up in the frenzied fiction that this city was in some sort of out-of-control dire financial straits before he assumed control of the purse strings. Our debt payments especially compared to other levels of governments and municipalities didn’t indicate that. Our lower than other GTA jurisdictions residential property tax rates suggested otherwise. 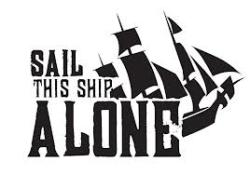 Only in the small-minded, small-government views of conservatives was there some sort of monumental problem that needed to be fixed, a ship in need of righting.

A divisive downtown-suburban warrior (such the fiscal hawk, he beat the drum loudly for the financially dubious Scarborough subway), as much a vilifier as the vilified, Council Del Grande represents the absolute worst instincts of this city. As an elected representative he symbolizes all the reasons we don’t build nice things here. I wish I could find one thing about his service to Toronto I might be gracious about. Unfortunately, I’ve come up empty.

— nothing nice to sayly submitted by Cityslikr

This entry was posted on Friday, January 18th, 2013 at 8:30 am and is filed under Budget, City Building, City Council, Municipal Politics, Newspapers, Press coverage. You can follow any responses to this entry through the RSS 2.0 feed. You can leave a response, or trackback from your own site.

2 Responses to Here’s Your Coat…