Just a quick slapdash entry after deputations on the 2013 budget wrapped up this afternoon. 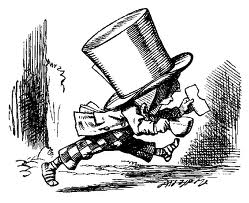 Hopefully it will appear entirely different from my regular slapdash efforts.

Despite listening to over 200 deputants, none of whom I heard demand their taxes be cut, and a litany of the usual suspect downtown lefty councillors suggesting their constituents would prefer a better city over lower taxes, our budget chief doesn’t buy any of that nonsense. People don’t like paying taxes. End of story. Let’s move on.

How does our budget chief know this? By a rigorous examination of a solid, evidence based study, OK? Voluntary repayment of the Vehicle Registration Tax back to the city. All these people, coming down to plead their case in front of the Budget Committee year after year, all the bleeding hearts the likes of Councillor Janet Davis meets in her ward, all saying they would happily pay more in tax. Well? Where are they, the budget chief wonders. Certainly not filling the city coffers out of the goodness of their hearts, let him tell you.

Now, I don’t have a car, thus don’t pay the VRT but if I did and didn’t have to pay the VRT because the Ford Administration is averse to that kind of revenue generation,

the last place I would be returning that money saved is to a City Hall run by a gang of far right, anti-government ideologues. All taxes are evil, as far as the likes of Councillor Doug Ford is concerned. Yeah… sure. Here’s my rebate, Mr. Budget Chief. Please do something nice with it, OK?

Instead, I know a couple people who have diligently used the $60 they saved when renewing their car sticker and donated it to places hurt by recent city cuts – i.e. the library. So, the budget chief’s certainty that people don’t like paying taxes based on a lack of returns back to the city is based on, what do you call it, an inadequate sampling? Nonsense? Pure and utter bullshit?

On top of which, taxation really only works as a collective enterprise. Elective participation in handing over one’s hard earned cash doesn’t tend to fill the coffers like a compulsory obligation. It only fully functions if we’re all in it together, contributing. Some more, some less but none voluntarily.

I’d like to think my willingness to pay taxes is based on an absolute selflessness. That I am constitutionally more inclined to help out the ‘widows and orphans’ than our budget chief is. But that wouldn’t be entirely true. 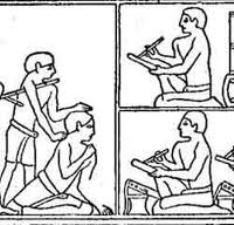 From an unequivocally selfish perspective, I want to pay more for better transit (which I don’t depend on), for fewer people forced to live on the streets (I have a house), for free recreational programs (which I’ve never taken) because it means the lives of other people (mostly who I don’t know but share this city with) are made just a little bit better, a little more liveable, their prospects of a better life just a little brighter. Why does that matter to me? The possibility of them being able to contribute more significantly and positively will make this a better city for me to live in.

And I can’t do that single-handedly, giving back my VRT or making some other voluntary contribution to the likes of Mike Del Grande. Taxation only works en masse. Everybody pitching in what they can.

It’s disheartening that the person in charge of spending billions and billions of dollars annually either doesn’t realize it or doesn’t believe it.

This entry was posted on Tuesday, December 11th, 2012 at 3:46 pm and is filed under Budget, City Building, City Council, Municipal Politics, Newspapers, Press coverage. You can follow any responses to this entry through the RSS 2.0 feed. You can leave a response, or trackback from your own site.

4 Responses to Taxing My Patience