Of these two things at least, I think we can all agree. 1) Toronto is a big, complex beast, a tough nut to crack especially using only slogan light tools and approaches. 2) We are not as bitterly divided as we’re made out to be, politically, geographically or subway versus LRTly. Rapprochement is but a friendly if vigorous conversation away. 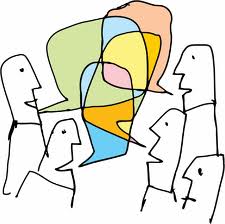 With that in mind (and a Ken Greenberg post in Spacing to back me up), allow me to introduce you to WTF is up with the City of Toronto Budget? The first in what is, hopefully, a regular series of panel discussion and attendee interaction forums that will cover the wide spectrum of problems and possibilities facing the city of Toronto. WTF is the deal with a downtown casino? WTF is some people’s problem with density and development? WTF is up with transit planning in this city? No, seriously. WTF is up with transit planning?

(And full disclosure here. I, very, very minimally, almost infinitesimally, ever so slightly, contributed to the organization of this event. So yeah, I do have something of a.. a-hem! a-hem!.. declaration of interest in it. Take from that what you will.)

The idea of it is this: 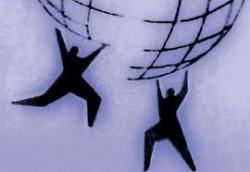 Gather as many people as possible in a room together, provide liquor, pick a topic from the multitude of them currently affecting the city, get the dialogue going with some informed opinions on the topic, keep the liquor flowing, then get everyone involved with a series of open table discussions. Throw in some social media during the event so those unable to attend can follow along and contribute their thoughts and ideas. Film the proceedings, slap it up on a website so the discourse moves beyond the walls of the venue and continues long after the bar is closed.

That is the hope, at least. To spark a wider discussion, debate. Promote a robust to-and-fro between competing ideas not necessarily opposing ideologies. Chewing the municipal political fat, so to speak.

This evening’s gathering appears to be sold out but, if you’re in the neighbourhood, pop your head in. There may be some no-shows and extra seating available. Otherwise, follow along on with the #TOpoliWTF Twitter hashtag because, arguably, there isn’t a more important subject than city budgeting. Without it, nothing else is possible. Without an informed discussion about it, bad decisions get made. When bad decisions get made… well, we’re pretty much witnessing what happens as a result of that. 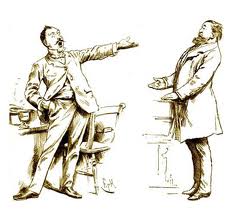 I mean, in my opinion. You disagree? Well, let’s start having a conversation.

This entry was posted on Tuesday, December 4th, 2012 at 8:30 am and is filed under Budget, City Building, Municipal Politics. You can follow any responses to this entry through the RSS 2.0 feed. You can leave a response, or trackback from your own site.

One Response to Toronto WTF