[We interrupt our regularly scheduled flow of municipal news, information and opinion to give way to our wayward colleague, Acaphlegmic – back from hinterlands unknown – and his thoughts on yesterday’s death of Senator George McGovern.]

If you’re reading this there’s a very good chance that I am much older than you are. The news of George McGovern’s passing, in likelihood, had the same impact on you as being told a distant great-great something or other had died peacefully in their sleep. A compassionate shrug and I’m sorry for your loss. This does not make you a bad person. Only a young one.

But if you find yourself these days disturbed, dismayed, disappointment at the far right drift of our society, the cult of hyper-individualism, the deification of greed as sound economic policy, wars without end waged against vague concepts, you, my friends, are all children of George McGovern.

It can be argued that his landslide loss to Richard Nixon in the 1972 American presidential election was the official death of the 1960s (although I would mark the occasion 4 years earlier and the assassination of Robert Kennedy). Dirty hippism was soundly relegated to the fringe sidelines; pet projects and peeves of hapless Marxists, jobless malcontents, the socially and sexually deviant. The counterculture was out. Reactionism was all the rage.

We are all Nixonians now.

(And let’s not take comfort in the naïve notion that the likes of Richard Nixon or Ronald Reagan would be too liberal for the Republican Party these days. Both would’ve changed their skins to suit their political needs. 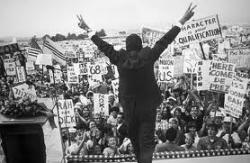 They were as conservative as they needed to be and are the progenitor’s of our age’s radical right chic.)

By voting so overwhelmingly for Nixon in ’72, Americans signalled to politicians that appealing to our worst instincts, dividing rather than uniting, operating under craven cynicism and not any sort of honourable principles would be the surest way to winning elections. From that point forward, no decent candidate would get anywhere near the White House. Jimmy Carter was merely a blip on the screen, an electoral eeek! at the revealed hideousness of the Nixon administration, a collective statement that we may be bad but not that bad. Four years later, Americans shrugged and proceeded down the low road.

Now hold on a minute, I hear you saying. No decent candidate? What about Bill Clinton? What about Barack Obama?

Read the following passage from the New York Times OpEd on McGovern and imagine either of them taking such a stand in terms of the country’s foreign ‘entanglements’ in Afghanistan, Iraq.

Yet unlike most presidential candidates since 1972, Mr. McGovern had a moral streak that he refused to suppress regardless of the cost to his ambition. During a remarkable campaign speech at fundamentalist Wheaton College in Illinois, Mr. McGovern called upon his audience to grieve not only for American casualties in Vietnam but also for the Vietnamese lives lost from American military actions. 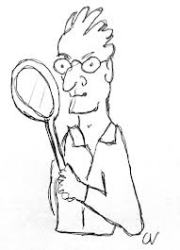 Indifference to Vietnamese deaths troubled him, so he insisted that Americans confront their own responsibility for the consequences of war and “change those things in our character which turned us astray, away from the truth that the people of Vietnam are, like us, children of God.” Words like these led critics to castigate Mr. McGovern as a moralistic scold who was angry at his own country.

‘A moralistic scold’. An apologist. Forty years after that election and it is still considered fringe or radical to question the actions of your country and leaders. America, Love It Or Leave remains the norm.

And look not southward so condescendingly, Canada. Our governments can hardly be viewed as paradigms of good democracy at the moment. Don’t believe me? Even Mr. Andrew Coyne righteously and rightfully has his knickers in a twist.

Now, the strength of many 1960s causes has resisted crippling pushbacks. Women’s rights, gay rights, visible minority rights – equality and inclusion in a word or two – continue their inevitable march toward wholesale acceptance. Not unscathed or free of the relentless and mindless attacks from the right thinkers who remain doggedly in our midst. Still, it would be too overly pessimistic and entirely incorrect to conclude that George McGovern and politicians of his ilk ultimately died in vain. 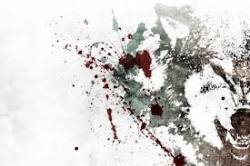 But we are less of and a smaller society because the likes of George McGovern were pushed aside and thought of as being too out of touch with the mainstream, a far left extremism. By demonizing basic common decency and morality as fringe traits, nice to haves not need to haves, we normalized radical, anti-social political thought. Liberals began to quake in their boots at the prospect of being labelled as such. Tories took flight. True and destructive radicalism from the right assumed the pole position in the race that is now winner-take-all.

This entry was posted on Monday, October 22nd, 2012 at 1:30 pm and is filed under Newspapers, Philosophical Musings, Press coverage. You can follow any responses to this entry through the RSS 2.0 feed. You can leave a response, or trackback from your own site.

2 Responses to An Off-Kilter Moral Centre