To give the mayor his due: during Monday’s debate on the prospect of building a casino in Toronto, he executed what would not be considered a typical Fordian manoeuvre. 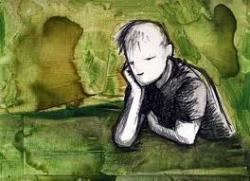 Instead of just blustering through, acting impulsively on gut instinct or what he believes some mythical taxpayer wants, Ford introduced a motion calling for further study and fact-finding before asking his colleagues to make a decision about whether to give a thumbs-up to the OLG and allow a casino in Toronto.

What’s that you say? A reasoned debate? A little of the old rational discourse? Well, I do declare.

Of course, the mayor made it clear what he personally thinks about casinos. For him, they are all upside. A hundred million delicious, lilac-smelling dollars would flow into our coffers—a number that, like many of the mayor’s boasts, is of uncertain origins. (Perhaps he simply multiplies 100 by 5 cents and arrives at the amount he needs to back a claim?) It’s never the same number, but it always works in the mayor’s favour. Call it the new math.

While we’d like to think this call for careful deliberation and evidence-based decision-making heralds a new approach from our chief magistrate, that might just be wishful thinking. After all, during this very same executive committee meeting, he led the charge to try and rescind the 5 cent plastic bag fee in order to … what? Eliminate any evidence that David Miller was once mayor? Generate some sort of political issue with it?

Respecting Toronto Taxpayers One Nickel At A Time.

Far more likely: what’s giving the mayor pause on the casino issue isn’t a new-found desire for informed debate, but rather the thorny matter of its location. Jane Holmes, Woodbine Entertainment Group’s vice president of corporate affairs, told the committee that a new casino anywhere else in Toronto would jeopardize Woodbine’s existing business—and by extension, the mayor’s much ballyhooed Woodbine Live complex. For Ford, the decision of where a casino might go clearly comes with much larger implications. How could he be seen championing a waterfront casino to the detriment of a business in his own backyard? Don’t us downtowners already get everything without leaving even so much as crumbs for the suburbs? The optics of that—not only for the mayor but for every pro-casino suburban councillor—are ugly.

It’s unfortunate that’s the direction it seems the casino debate will take: not if, but where. Because there’s a much larger conversation we need to have, one that bubbled up at Monday’s meeting: What is the net benefit of building a casino in Toronto?

Note the word net. Anybody who’s pro-casino can read off the reasons having one would be good by rote. Jobs, jobs, jobs. Added revenue to plug budget holes or build much-needed infrastructure. 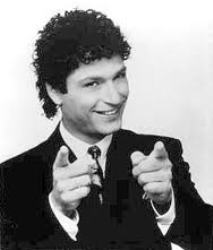 The zazz of a shiny new edifice dedicated to the pleasure of vice and a palace to watch Howie Mandel perform. Why would anybody be against that?

Besides, if we don’t build a casino, Mississauga will. And if Mississauga builds a casino then, well… Yes. What does happen to Toronto if Mississauga has a casino and we don’t? Do we get economic spin-offs, and do they mitigate massive traffic jams? That’s where the question of net benefits—gains minus the costs in receiving those benefits—enters in. The pros minus the cons. Just because the project comes with some advantages doesn’t mean we end up in positive territory.

It’s too soon to say what realistic revenue projections look like, but they won’t be nearly the amount Ford declared. It’s pretty well established that municipalities in Ontario with casinos get the short end of the stick, the slightest slices of financial pie. And the notion of our mayor marching into the premier’s office and striking a better casino deal for Toronto is delusional even by the hyper-delusional measure of this mayor. He’s missed no opportunity to alienate our current premier, regularly threatening him with electoral pain at the hands of Ford Nation. Not to mention that little bit of debt the province is wrestling with. Yeah, they’ll want to hand over more cash to us.

Oh wait, we can parlay the highly desirable waterfront location the likes of MGM wants in order to secure a better deal for the city. This is the flip side of the Woodbine situation for Ford: he’s got reasons to keep it local, but the city stands to make a lot more if we put the casino near the waterfront. As pointed out by MGM’s representative to reporters, the biggest source of revenue for the city would occur by putting the casino on city-owned landed and raking in lease payments—and it’s a fair bet the waterfront would command a good price. 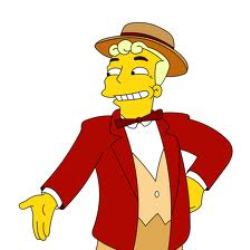 (MGM has gone so far as to say it wouldn’t be interested in building at Woodbine at all.) We’ll pimp ourselves out, sure. But we won’t come cheap; it’s high-class hooking all the way.

Aside from a whiff of desperation, this interest in putting a casino by the waterfront also reveals a fundamental lack of understanding about the nature of downtown Toronto. The last thing it needs is the glitz, glamour, and showy spectacle that some sort of resort-y hotel/casino might deliver. Aside from the gambling, we already have all of that—just see our restaurants, theatres, shopping, hotels, and convention spaces. It might come as a bit of a surprise to some councillors who just come downtown to work or see the Leafs, but it already is a bit of a destination.

What downtown Toronto needs—especially along its waterfront—are more vibrant public spaces. Real, tangible, lived-in ones, not those manufactured by corporate entities catering to some projected desire we have to get away from it all. How much is it worth to us as a city to bargain away a chunk of our prime real estate in return for a whack of service jobs and an uncertain revenue stream that will invariably fall short of expectations?

The only certainty, gained from the experiences elsewhere: a casino is never the economic saviour it’s played up to be for a city of our size, with an economy as diverse as ours. At best, it’s a gap filler, a provider of some of those nice-to-haves the mayor could easily have us do without.

Hardly what you would cede choice property over for, on the very likely losing end of what’s shaping up to be a “steal.”

This is unfamiliar territory for Mayor Ford with no easy division to exploit. The big boys in the private sector are calling for a prime waterfront location. If he acquiesces it might mean putting the final nail in a pet project he’s long been claiming as his own, right in his neck of the woods. Either one probably won’t be the windfall he’s proclaimed. In gambling parlance, the mayor needs to throw a hard eight and a staff report may just help him hedge his bets.

This entry was posted on Sunday, May 20th, 2012 at 12:00 pm and is filed under City Building, City Council, Municipal Politics, Provincial Politics. You can follow any responses to this entry through the RSS 2.0 feed. You can leave a response, or trackback from your own site.

One Response to Hedging His Bets