The 5th Day Of Christmas 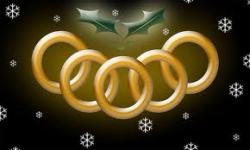 I will confess to a personal bias on this one.

Councillor Vaughan is my favourite councillor to watch in action as he battles Team Ford. He is everything they aren’t. Smart and articulate with a positive vision how to build the city equitably.

For those reasons and many more, they can’t stand him.

Which is why Councillor Giorgio Mammoliti flashed him a middle finger during a council vote, and mused out loud about how Vaughan was just like the kids in high school he used to beat up. Vaughan is very successful in getting under this administration’s skin and is able to bring out its inner bully.

He serves as the opposition’s lightning rod, taking direct hits as the example of everything’s that’s wrong with City Hall culture in Mayor Ford’s view. He’s too downtown-y. An elitist. Completely out of touch with the real, hard working Torontonians the mayor is always running into at Tim Horton’s.

There is mileage in that, certainly. Some traction in helping to exploit the supposed urban-suburban divide the Ford administration so thrives on. During this month’s 2012 budget committee session, Councillor Vaughan lashed out during an argument with Councillor Doug Ford, referring to Ward 2 as ‘an industrial park’. He later apologized and clarified but couldn’t fend off the notion in the press that he was, in fact, a downtown elitist with no understanding of what goes on in the suburbs.

The thing is, neither does Councillor Ford. During the verbal tussle with Vaughan, Ford revealed his complete ignorance of his own ward, claiming there were no wading pools there (there are) as well as a misguided view of money matters at City Hall, suggesting money only flows in a one way fashion from the suburbs to downtown (it doesn’t). Councillor Vaughan lost the PR battle on that one but continued to build a case that the mayor and all his proxies are unfit to govern a city this big, this complex. 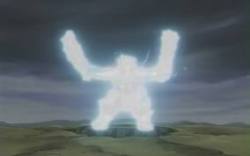 Councillor Vaughan is neither the furthest left of those standing in opposition to the mayor nor is he incapable of working with Team Ford when a compromise is possible. Being perhaps their most outspoken critic, however, makes him public enemy #1. It’s a role he seems to relish and is suited for, and one that is ultimately vital in the long run as it helps expose the radically anti-urban agenda Mayor Ford is seeking to impose on the city.

This entry was posted on Tuesday, December 27th, 2011 at 1:00 pm and is filed under City Building, City Council, Municipal Politics. You can follow any responses to this entry through the RSS 2.0 feed. You can leave a response, or trackback from your own site.

One Response to The 5th Day Of Christmas