I’m going to go all Tom Stoppard Rosencrantz and Guildenstern Are Dead on your asses today and focus my attention on a bit player in the tragicomedy that is our current municipal affairs. 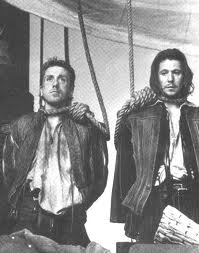 By now, we are all acquainted with the main characters in this particular farce, Mayor Rob Ford and Sun News personality, Sue-Ann Levy. But look past the soft-headed, softball questions and pat answers that are still surprisingly struggled through and focus hard on the glaringly apparent third wheel on what is supposed to be a bicycle built for two.

What the hell is Pat Bolland doing on the stage?

The mayor is pure exposition, playing the unreliable narrator in his tale of a city on the road to wrack and ruin through profligate spending. “We’re $774 million in the hole.” Actually no, Your Honour. That’s called an operating budget albeit a portion of it you resent having to fork over to artists, break-taking city bureaucrats and all other NDP types looking for free money from the hardworking taxpayers. Take a grain of salt with everything this guy says because he’s always taking more than a few liberalities with the truth.

Then there’s Ms. Levy. She is… how to put it delicately?… this drama’s fluffer. Her sole task? To keep the narrative, errrr, pointed in the right direction. 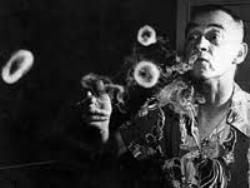 Like some ironically named character in a Restoration play — Madam Irene Irony, let’s call her — she employs said literary device without knowing she’s actually doing so. She bids the mayor to speak of the wounds inflicted upon his person from the personal attacks that have never before been seen down at City Hall. What’s that you say about personal attacks, Ms. Levy? Oh she said scribe of Silly Socialist Hall and His Blondeness. Union leaders as mob bosses. All valid political critiques since they don’t make fun of anyone’s weight.

When the mayor invites the media to go with him to the city festivals he does attend, Ms. Levy simply lets pass the opportunity to mention the one bunch of festivities Mayor Ford conspicuously avoided and that she had called him out on in print. Pride. Don’t make the mayor agitated or angry. He might not come back on the show if you do that. Oh, Mayor Ford. I can never stay mad at you.

Putting the mayor on the hotseat is obviously the job for Pat Bolland. I mean, why else would he be there? But here’s essentially what Mr. Bolland does during the course of the 13 and a half minute interview. INTRO: He’s the most polarizing mayor… yaddie, yaddie, yaddie. Followed by a couple minutes of silence. Then, laugh, laugh… laugh, laugh. His first question is interrupted by Sue-Ann. He apologizes and gives way. Keep talking, guys. As if I’m not even here. Laugh, laugh… laugh, laugh. 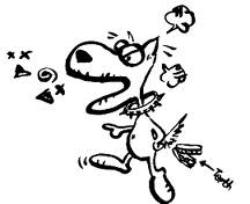 Finally, he seizes the moment. It’s Pat Bolland’s turn. Now comes the grilling of the mayor.

Question 1: Are you prioritizing cuts, Mr. Mayor? Of course. Police are getting pay increases. Grass cutters can go get stuffed. Question 2: What’s been your toughest challenge? (See Mayor Ford’s response to the exact same question asked weeks ago by Stephen LeDrew.) Question 3 & 4. Why do you give so much access to people who just disagree with you, Mr. Mayor?

Sue-Ann fawns. Pat Bolland toadies. The two acts are almost indistinguishable except that one comes from the lips with a moustache over them. Perhaps the thinking with the braintrust of Sun News is that by giving the appearance of being ever so slightly less sycophantic tricks the audience into believing that he’s actually being hard-assed. It’s all relative, you see. By not sticking his head all the way up Mayor Ford’s ass as Sue-Ann Levy appears willing to do, Pat Bolland fulfills his role as seemingly critical of the mayor. 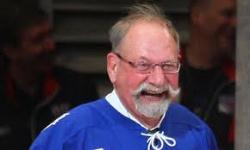 Showing you both sides of the story. Fair and balanced. We report. You decide. Or whatever actual blather the Sun News wants to employ in an attempt to convince us that they’re actually a news and information organization.

By the twisted logic of Sun News, as a former CBCer (like fellow ‘Sun Newser’ Brian Dunstan), Bolland must be a left winger. Ezra Levant says so. The CBC is a state run organization. Therefore anyone whoever worked for the Mother Corp must be sympathetic to the cause. Ergo, Bolland is naturally an adversary of someone like Mayor Ford.

But why waste money paying the talent? Sun News should simply prop up cardboard cutouts of left wing bogeymen that so unsettle the likes of Sue-Ann Levy. Tommy Douglas. The kin of the Lewis clan including those married into the family. Go whole hog. Karl Marx. Joseph Stalin. Mao. Perched silently beside the other two-dimensional personality who fill space and time on the network, spouting the company line. Lots of fun could be had putting words into their mouths, using funny accents. 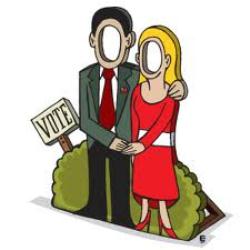 It would be no less informative than the current format not to mention a lot less embarrassing watching real people pretending to be something they’re not.

This entry was posted on Monday, August 15th, 2011 at 11:24 am and is filed under CBC, City Building, City Council, Municipal Politics, Press coverage. You can follow any responses to this entry through the RSS 2.0 feed. You can leave a response, or trackback from your own site.

3 Responses to Playing A Part