We’re trying a new approach here in an attempt to fall in line with a wider swath of our fellow electorate. Clearly we are out of step. So very, very out of step.

Our goal is to stop over-analyzing things. Maybe stop analyzing everything altogether. It only leads to despondency and heavy drinking. Let’s just start pretending to take what our politicians tell us at face value. We know they’re all lying to us, so let’s go with the lies we find most agreeable and beneficial to us. That way, when they fail to deliver, it justifies our anger and disillusionment with the entire system. The politicians are the problem not us.

Cut taxes without cutting services? We like it. Stability and non-accountability above compromise and cooperation? Hells yeah! Putting a majority government in place enables us not to have to think about federal politics again for another 4 years or so. That’s what politics is all about, isn’t it? Divesting ourselves of any and all responsibility.

We’ll also try our best to pay attention to what politicians who pander to our worst instincts have to say about their opponents and we’ll poo-poo what these duly smeared politicians say about any sort of ‘hidden agenda’. That’s just conspiracy minded, we’ll tell them.

Besides, what do you know? You once lived outside of the country, didn’t you? Let’s set aside policy and platforms for personality. I’m only going to vote for someone I’d like to have a beer with. It’s a whole lot easier that way.

So we’re going to begin by sharing the joy our mayor and his brother have expressed with the outcome of Monday’s federal election. Finally. After nearly 25 years in exile, we have Conservatives MPs in 416 Toronto. The Liberal Fortress GTA has been breached and this can only mean good things for the city and region.

After years of being neglected and taken for granted by successive Liberal governments in Ottawa, left to our own devices to build transit, affordable housing and upgrade infrastructure, we have elected a party that will listen to our needs and set those things right. It’s true. Technically speaking, the Conservatives have been in power for 5 years now and haven’t really ever talked about any of that except for stimulus spending that the dreaded near-coalition forced them into when the world’s economy was heading off the cliff in 2008.

But you see, their hands were tied in a minority situation. Now freed from those merciless bonds, not with a little help from Toronto and the GTA, they can finally be themselves which, I think,

if you didn’t look too closely at how they’ve operated as a government, could be seen as magnanimous. Caring, accommodating, law-abiding and magnanimous.

And since our mayor and his brain trust helped push them over the top, we should expect a little payback in return. Only Liberals ignore those who vote for them. While Conservatives focus mostly on their enemies, they do know who their friends are and reward them accordingly.

What from the mayor’s wish list should we look to be granted first? And by ‘wish list’, I mean not an actual list of priorities that Mayor Ford set down early on in the campaign for the federal politicians to agree or disagree with. That would be getting involved, politically speaking. The mayor didn’t want to get involved. At least, until he publicly endorsed the Conservatives and started sending out robo-calls to voters in various 416 ridings. 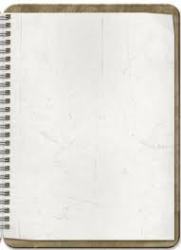 But now that he’s rolled the dice and come up 7s, what would he wish for if he had any wishes?

There’s money for subways through P3s. So the mayor can finally administer the death blow to Transit City. Check that one off the list. Then there’s… there’s…

For this to work, we’re going to have to ignore the fact that all throughout last year’s municipal campaign, then candidate Rob Ford told us that the city didn’t have a revenue problem. It was all about over-spending and profligate waste. So it makes it a little awkward to go to the federal government now, cap in hand as the mayor referred to it when someone else was doing it, and ask for money that the mayor claims we don’t need.

Who knew life could be this simple and easy? Aside from the 40% of voters who cast Conservative ballots on Monday. They’re clearly on to something. Set aside reason and logic and things become very clear, very straight-forward. It’s what we’re all looking for in the long run, isn’t it?

This entry was posted on Thursday, May 5th, 2011 at 2:31 pm and is filed under Electoral Reform, Federal Election 2011, Municipal Politics. You can follow any responses to this entry through the RSS 2.0 feed. You can leave a response, or trackback from your own site.

2 Responses to Unreason To Believe