One More Kick At The TCHC Can

I know I really should let go of this TCHC imbroglio, I really should. It only draws out the timeline and plays into the mayor’s hands since it is the heart and soul, the bread and butter topped with gravy of his schtick, and ultimately diverts attention from the real news of the past couple days. That is, his complete reversal on his campaign theme of the city not having a revenue problem. Apparently, Mayor Ford now thinks it does.

But enough of that. Back to the TCHC.

To the mayor and his folks, this mess at the TCHC represents everything they’ve been railing about for years now. Wasteful spending at City Hall. And just like on the campaign trail with Kyle Rae’s $12,000 retirement party or the bunny suits, it’s a scandal that comes in units everyone can fully grasp. $53,000 Christmas parties! $1800 spa retreats! $1000 for chocolates?! I mean, come on! I scour the shelves at Shoppers Drug Mart for post-Valentine Day sales of cheap Lindt chocolates! (Reminding me, as many things do, of an exchange on Arrested Development between Michael and his mother, Lucille. Michael has been refusing to give his brother, Gob, any free frozen bananas from the family’s frozen banana stand. 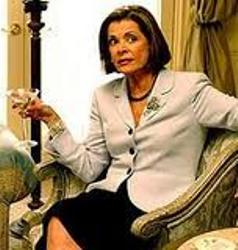 I’m not intending to downplay the seriousness of the situation at TCHC or to serve as an apologist for those who thought it fine and dandy to charge such extravagances to a city corporation that oversees social housing serving many low income citizens. If nothing else, how could they not know how badly this would play out? It’s an obliviousness that is incomprehensible. (See Lucille Bluth, above.) The right wing, pro-Ford, anti-government types have every right to be dancing with joy and ululating on web pages and newspapers everywhere. This has not been bureaucracy’s finest hour.

But let’s not lose sight of the big picture. As we wrote yesterday, the amount of money in question (high estimates right now place it at about $10.2 million through poorly tendered procurements and employee expenses) is infinitesimally small in relation to the funds the city gives to the TCHC and smaller still in terms of Toronto’s overall annual operating budget. It’s a sliver and nowhere near the amount the mayor will need to dig himself out of the budget hole he’s created for himself next year. This is a convenient diversionary tactic he’s using to deflect attention from our bigger fiscal problems.

Some are suggesting that this is just the tip of the ‘corruption’ iceberg, as those who lack any concrete evidence will indeed say. Until there’s any actual proof of that assertion, it’s nothing more than political theatrics to operate under that assumption.

The Auditor General has uncovered some reprehensible dirt and tells us he’s just scratched the surface. So be it. Let him proceed with his work, and until he finds massive, large scale fiscal sordidness, it’s nothing more than political opportunism to talk of rot.

“This would never happen in the private sector,” Councillor Frances Nunziata told the CBC’s Metro Morning this morning, parroting the administration’s line about anything to do with government that they don’t like. An odd sentiment, really, coming just 2 days after the Oscar for Best Documentary Feature went to Inside Job, a movie detailing the widespread fraudulent behaviour in the financial private sector which brought the world to the precipice of economic ruin. Yes, Councillor Nunziata, such things do happen in the private sector. That doesn’t excuse it at the TCHC but please stop pretending this kind of problem only exists within governments.

Any large organization, public or private, with thousands of employees and spending billions of dollars is going to be subject to financial irregularities. 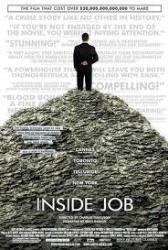 To think otherwise or to accept it as business as usual in one sector and not the other, is misguided or delusional. That is why mechanisms like the Auditor General’s office exist. In order to combat such things. That is what has happened at the TCHC. So far, the numbers are nowhere near the 10% of waste the mayor told us he would find, easy, and certainly way off the amount he needs to find to compensate for the loss of revenue he’s inflicted on the city with his tax cuts and freezes. Until they begin to so much as approximate those figures, let’s leave the Auditor General to do his job and get on with the actual work of finding ways to balance our books.