I am writing to you with a rather forward, possibly unseemly, request.

The next time you hold a gathering for your “downtown friends” would it be out of the question to extend an invitation my way? 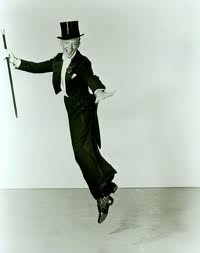 It doesn’t have to be anything fancy like a black tie dinner party although I can still cut a swath in my tails and top hat. It could simply be cocktails and canapés or a few brewskis over some ribs and slaw as those of you in possession of a mess of “blue-collar, working-class, anti-intellectual” bones might partake in.

We are neighbours after all. I do see you from time-to-time, out walking your dog while I’m window shopping at our local Home Hardware. It seems surprising to me that our paths haven’t crossed more concretely sooner. So let’s stop making strange and break some bread together.

Lest you immediately conclude that this is some appeal for a handout, let me be crystal clear that nothing could be further from the truth. It is for your benefit that I offer to foist myself upon you. Having just read your weekend newspaper column (Rob Ford: The Gadfly That Toronto Needs), it strikes me that you are being done a huge and mighty disservice by your so-called “smart friends”.

Not to mention that they seem to be dangerously combustible and must be making a mess of your household interior with all the Cronenbergesque head exploding you claim they are prone to.

Allow me the opportunity, Miss Blatchford, as a long time downtowner with an “intellectual stripe”, to respond to your party trick of claiming “to be the tiniest bit on the fence” about Rob Ford’s candidacy for the mayoralty of Toronto. I can assure you that my head will not explode. My knickers will never bunch into “a complete knot” (and not just for the obvious reason of me rarely sporting any).

No, I will simply take the information, calmly and coolly, and respond by telling you why I think you are wrong on almost every level about Rob Ford and about many of us who oppose him. Dispassionately and as courteously as possible, I will endeavour to point out to you the errors of your thinking and why it is, I feel, that any flirtation with candidate Rob Ford reveals both a cold heart and empty head. After all, that’s what real friends do, isn’t it? Tell you the unvarnished truth in order to set you straight and to stop you from making a damn fool of yourself. 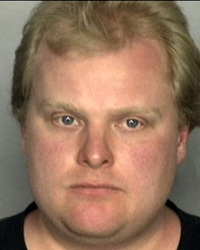 Maybe some of your so-called friends are those “gentle arty” types, “aghast at Mr. Ford at least in part because he seems so low rent”. But I am here to tell you, Miss Blatchford, that not all of us stand opposed to Rob Ford based on his appearance or his boorish, sometimes illegal, behaviour. To borrow your devilishly fine turn of phrase, we “don’t give a flying fig” about his physical stature or loutish public outbursts or his seemingly constant run-ins with the law on both sides of the 49th parallel. (Allow me a sidebar if you will: can we ascribe Mr. Ford’s promise to hire 100 new police officers once he’s elected mayor despite a wall of statistics pointing out a decade’s long decrease in the city’s crime rate as an attempt on his part to help reign in his personal excesses? With more cops on the street, there’s a better chance of Rob Ford getting caught before he can get himself into serious trouble. Very noble of him if true.)

No, Miss Blatchford. There are many of us anti-Ford urbanites who aren’t the elitist prigs you make us out to be. Who very happily sit down over beers with irascible folks, unperturbed when they “say something stupid, or do something stupid” even if it is something like getting behind the wheel of a car, legally impaired, and driving off. Damn the bunk mainstream media try shoving down our throats! Sometimes friends do let friends drive drunk.

Rather, Miss Blatchford, we cannot abide the notion of Rob Ford becoming mayor of this city because during his 10 years on council, he fought against many of the very things that might’ve helped those Average Joes he now claims to be defending. Like, for example, the extension of public transit into traditionally under-serviced areas. In fact he stands before us at the head of the polls still lacking any sort of comprehensive transportation plan whatsoever. A plan needed if we ever hope to finally be in good enough shape to start inviting in those 1 million newcomers Mr. Ford presently wants to keep out. As councillor, Rob Ford voted — almost alone – against the planned redevelopment of the Lawrence Heights housing project, siding with – again, virtually alone – the more affluent next door neighbourhood.

It is this faux populism Mr. Ford has unfurled as his banner (and that you help propagate) which elicits much of the enmity toward him from many of us who don’t dwell in the suburbs, Miss Blatchford. Where you see a “pink and porky” businessman, we see a scion of privilege; an inheritor of wealth whose entire political career has been devoted to nothing more than the furthering of his own interests. Low taxes. Low wages. Deregulation.

A big wet kiss to the business community of which he constantly brays about being part of. His only nod to the notion of noblesse oblige or giving back, as you more down to earth people might say, is his devotion to high school football. A commendable impulse, to be sure, but a minor repair of the damage he inflicts on society as whole with the heavy-handed neo-conservative, anti-government stance he takes.

See, Miss Blatchford? I said all that without my head coming so much as close to exploding. Maybe it is you who needs to get out more and stop mingling “primarily with others of the same ilk”. Find yourself some new friends.

Or at least, find some friends who aren’t made entirely of straw. You know the sort. Those ingratiatingly spineless types who let you walk all over them in the hopes that you’ll still want to hang out. 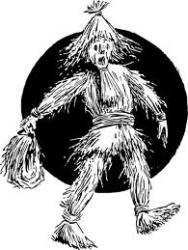 A one-sided relationship that’s all give and no take, ultimately amounting to little more than a preening illusion of having actually taken part in something of substance.

Surely, Miss Blatchford, you want more from a friendship than that.

So let’s do lunch. Have your people call my people.

This entry was posted on Tuesday, August 24th, 2010 at 10:45 am and is filed under Elections 2010, Municipal Politics, Newspapers, Press coverage, Race 4 Mayor. You can follow any responses to this entry through the RSS 2.0 feed. You can leave a response, or trackback from your own site.

26 Responses to The Blatch Keys On Rob Ford’s Success