We Are Still Here

A week into Toronto’s ‘failed copycat protest’ (aka #OccupyTO) and the vultures are circling. Everyone needs to quite loafing around, dye their hair back a normal colour and go get a job. It was all so unnecessary, you see. There are no problems in Canada that need fixing. The banks here have all been model citizens, never once asking for any help from the government. I mean, what’s a little liquidity injection between friends?

Besides, the national editor of Macleans magazine, Andrew Coyne, has informed us that ‘Occupy Wall Street Has It All Wrong’. All wrong. None of it right, apparently. What were we thinking?! Maybe, just maybe, agitators in the U.S. have something to complain out, what with their higher level of unemployment and diabolical financial institutions. Coyne grants them his sage nod of approval. But here, north of stateside? Everything’s as it should be. Go back to your pods, protest people. Nothing to see or complain about here. 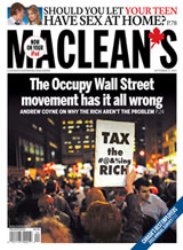 The mind reels at just how blinkered those framing our national narrative are. As if there’s no connection between this and that. Our banks are fine, proper regulation and oversight is in place and, technically, no bailout was necessary. It’s all good.

But the occupy movement isn’t just about bank bailouts and regulations. It’s about the whole corporate agenda that has subsumed our national interests. The placement of capital above citizens. Tax cuts and infrastructure deficits. Business before democracy.

Banks are not the only targets to be ‘occupied’. Toronto is home to the country’s non-renewable resource industries that continue to hamper any serious climate change discussion in this country. Mining companies that besmirch our country’s already tattered reputation at an international level. What’s good for Bay Street has become less and less good for Main Street. 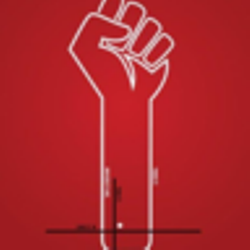 So it’s never just been about the financial sector and bailouts. To think so seems like a deliberate attempt to compartmentalize and wish our problems away. Deriding and writing off the occupy movement smacks of shutting down an uncomfortable discussion you don’t want to have. Never mind those crazy, feet smelling, bongo playing deadbeats hanging around in the park. They don’t realize just how good they’ve got it.

This entry was posted on Sunday, October 23rd, 2011 at 3:17 pm and is filed under Newspapers, Occupy, Press coverage, The Globe and Mail. You can follow any responses to this entry through the RSS 2.0 feed. You can leave a response, or trackback from your own site.

2 Responses to We Are Still Here