It Takes Two To Tango Badly.

While it is so very, very easy to jump all over the mayor for his scattershot approach so far in his dealings with the province — we don’t need any money, 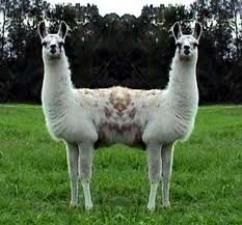 we have a spending problem, the new Sheppard subway will be privately funded (and for more on the absurdity, nay, incompetence of it all, take a look at this at Ford For Toronto) — let’s not let the premier off this hook on this. A good chunk of our woes currently are due to his push me pull me attitude toward the province’s financial obligations to our public transit.

Since 2003, he’s been promising to resume funding of 50% of the TTC’s operating costs as had been the case pre-Mike Harris. Eight years later, we’re still waiting for that to happen.

Early in 2010, the McGuinty government reneged on about $4 billion for Transit City, citing the economic meltdown that had put stress on the coffers at Queen’s Park. This destabilized a plan to put much needed transit to areas in the city severely under-served. It also paved the way for an all out attack on Transit City by a number of the leading contenders for the mayor’s office during last year’s municipal election campaign. None better than the eventual winner who immediately declared Transit City dead upon being elected.

In the face of the new mayor’s swagger, Premier McGuinty further helped undermine transit in this city by agreeing to reallocate funding for other LRT lines to bury more of the Eglinton Street plan and make possible Mayor Ford’s dream/nightmare pronouncement of a Sheppard subway extension entirely funded by the private sector. 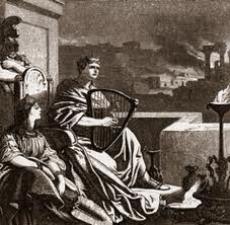 Impossible, most knowledgeable transit minds suggested and even worse, serving far fewer people and communities than the plan the mayor was singlehandedly trying to murder. With this week’s awkward ask for some $650 million in seed money to get the project rolling (and, quite possibly, to keep the feds on board), Mayor Ford proved his critics right.

Further assisting in aggravating the system, the premier quickly pushed through the essential service bill that the mayor and council wanted passed which, if history is anything to go by, ensures higher labour costs down the road for the TTC, meaning a higher operating budget. But hey. What’s the premier care? It’s not Queen’s Park money that’ll be going toward it.

Now, I understand that it’s a campaign year here in Ontario and Premier McGuinty is seeking a third term. He has to perform a delicate dance to try and avoid enraging Ford Nation while at the same time not pissing off the rest of Ontario who erroneously see any money given to Toronto as their money being flushed down the drain. Still, it seems odd that if the premier is going to try and frame at least some of his election run on an environmental platform that he’s doing his darndest to undercut public transit in this city.

Of course, principled stands are frequently set aside for political expediency by our premier. That’s not unique to him, of course. And maybe if he is able to beat back the tide of Ford Nation come October

(or if the mayor and/or Tim Hudak succeed in doing that for him), an entirely different dynamic between the two men will emerge. Premier McGuinty will be the one holding the upper hand in their relationship and can stop cowering in fear of Mayor Ford.

That’s the thing though. As premier of Ontario, McGuinty already has the upper hand. He is our undisputed overlord and can do anything he so desires with the city, any city in the province. If he’d stood up from the outset to the mayor’s poorly thought out plan, Transportation City, and pointed out the folly both strategically and financially to such drastic reworking of something that had support at all 3 levels of government, even if he’d just made the case that the mayor had to take his plan to the new council before these changes could be considered, and the election hadn’t given the mayor carte blanche to push his wacky scheme foward, he might’ve been able to score points with all sides. He wasn’t saying no to Ford Nation. He was just saying that democracy isn’t only about winning elections. It’s about process.

And he’d also show to those living outside the 416 area code that he wasn’t giving in to a pushy Toronto.

By immediately rolling over and granting the mayor his ludicrous wishes, Premier McGuinty showed himself more interested in his own political future than Toronto’s. How exactly did he hope to win our support that way? It should be a question we ask every Liberal candidate who comes knocking at our doors after Labour Day.