In amidst the most recent twist of the stomach turning, head spinning, logic defying debate over of the one-stop express (thank you David Rider for that) Scarborough subway extension

– Chapter It’s Time To Talk About Expropriations – I was struck by how one local resident reacted. Scott Cole, who received a letter last week from the TTC telling him that his property could be subject to expropriation by the city if a proposed alignment of the extension ended up running along nearby McCowan Road, was, how would I put it, none too pleased. “I’m not going, they’re going to kill me to take me out of here,” Mr. Cole told the Toronto Star. A firm, first play negotiating stance, aggressive, leaving plenty of walk-back space.

But that wasn’t what really caught my attention.

“In my opinion, they’re just going to sell all of this to big developers and make tens of millions of dollars,” Mr. Cole stated.

Of all the dark, dank angles and levels of subterfuge in this fetid debate over the Scarborough subway, this was one I hadn’t ever contemplated.

Of course, with any big infrastructure project, the possibility of somebody being involved purely for the money makes sense. But as the prime motivator at the heart of it all? That takes some genuine cynicism to get there, even if it is your house sitting under the shadow of expropriation.

That’s just how some people roll, I guess. Easy answers to complicated matters. It spares the brain from doing much heavy lifting.

I will, in this case, cut Mr. Cole some slack, however, and not simply because he’s looking down the barrel of being ousted from his home, even at fair market value. In a debate that often transgresses the boundaries of reason and common sense, there’s lots of room for detecting sinister specters. When a supposedly cash-strapped city is determined to spend a couple billion dollars on a one-stop express (thanks again, David) subway station that will move only 7300 riders during the peak morning rush hour, any grasping at straws for the reasons why shouldn’t be considered too outrageous.

Nick Kouvalis, the man who helped elect the last two mayors of this city and, I don’t think gets enough credit for his integral role in debasing the debate about public transit here over the last 5 years,

In under 140 characters, Mr. Kouvalis manages to impugn the character and motivation of city staff and everyone else involved in pushing forward a subway project that has been on the demand table for decades now. Relief line? Relieving all of us of our hard earned tax dollars for no discernible return, amirite? That’s the kind of besmirching that earns Nick Kouvalis the big bucks and makes Scott Cole look like a rank amateur in comparison.

While I can’t figure out Kouvalis’ motives for weighing in on this subject at this time and in that manner, aside from perhaps just some simple union bashing, it reveals what I’ll call an explanation gap. With pro-Scarborough subway proponents desperately scrambling to justify the clearly unjustifiable building of their pet project, throwing out rationale after rationale, none of which hold up to much scrutiny but, stitched together with a thread of divisively parochial city building to create a loose-fitting blanket of… 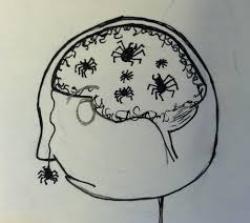 because, that’s why, there’s plenty of room left over to be filled with equally questionable ruminations. Defending politically based decisions leaves too much to the public imagination, too much space between the lines to read into.

That is where, there, be dragons.

And it just takes the one, in this case, it’s a big, $2 billion one, to throw into question the whole process. If the Scarborough subway is about nothing more than political theatre trumping good planning practices, why not the relief line too? What’s up with that? Who stands to profit?

It’s a contagion of suspicion that can cast a pall over every proposed transit project. Such a degree of mistrust will lead ultimately to a system wide paralysis. A situation, one might argue, we’ve been enduring and are currently suffering the ill-effects of. If the Scarborough subway is being used as a politically expedient route to pop open the spigot of public willingness to accept the cost of more transit building (and I’m being very generous in that interpretation), then do us all a favour and couch it in those terms.

Sure, that might lead to a whole bunch of Me-Tooisms, copycat demands for nothing but subways which, 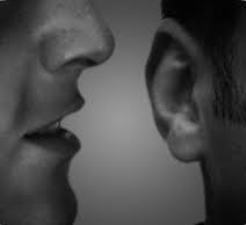 as irony dictates in these cases, is one of the basis for building this subway. In the end, though, it’s probably preferable to the damaged credibility to actual, fact-based transit projects and the undercutting of legitimacy for the entire decision-making process that comes from pretending the Scarborough subway is anything but a political machination.

Don’t leave an explanation gap for people to fill because fill it they will. Once that happens, a competing narrative, regardless of how iffy and baseless, can take on an oversized life of its own. That, in fact, is how we ended up with this kind of debate on the Scarborough subway.