Think budgeting in this city has evolved under John Tory, out and up from the morass of political sloganeering and accounting sorcery of the Ford administration?

Think again, mes amis. Here’s a pre-masticated chunk for you to chew on.

In the rate supported solid waste budget already approved in December by city council, there was a savings of a little over $2 million with the elimination of the city rebate for those XL garbage bins some households have. You know, the ones the size of a fucking Volkswagen. A family of 7 clowns could comfortably live inside one. City staff thought maybe we shouldn’t be subsidizing people to throw away a lot of garbage that costs all of us to haul away and store in landfills especially since it seems that those with XL garbage cans recycle and green bin their organics less than others.

wants that $2.23 million XL garbage bin rebate “reinstated”. This, while they’re raiding reserve funds, demanding $5 million more from the TTC and not funding about 60% of the promises and pledges council and the mayor have made. The budget chair wants to remove $2.23 million from the proposed operating budget back to rebate XL garbage bin users. (h/t to Matt Elliott for explaining the nuanced dance of rate and tax supported budgets.)

Maybe it’s simply being used as a bargaining chip, to be given up during the horse-trading that’s going to only intensify between now and mid-February when city council finalizes this budget. Still. It seems impossibly, I don’t know, short-sighted and… dumb. There’s not a word in my arsenal I can summon to describe it.

I get that XL garbage bins are used in multiunit residences, like rooming houses for example. Surely though, we have the technology to determine between those and single family homes using this type of receptacle, and can adjust the rebates accordingly. Because, right now, in 2016, there’s no way single families shouldn’t be paying full cost for the use of XL garbage bins. None. Zip.

It’s a tiny, tiny matter in the bigger $11 billion picture of the 2016 budget for sure but it just epitomizes for me the amorphous direction of this administration, two budgets into its term now. Keeping taxes low is the only touchstone, exactly like the Ford years, with big promises of improvements to our quality of life but woefully short on the follow through. Outside of that (and keeping talk of new sources of revenue at bay), anything goes. Just meet that property tax rate increase cap, and it’s all good.

Actually, what it feels like, and forgive me the sports analogy here, is a baseball manager’s long, deliberate walk from the dugout toward the mound, taking his time to make sure the bullpen arms are good and ready to jump in and offer immediate relief. Mayor Tory’s stalling, waiting, hoping for money to start flowing in to the city’s coffers from senior levels of government, 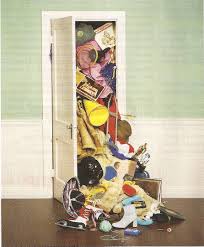 especially the feds who seem itching to start spreading infrastructure money around in order to help out the teetering economy. If he can just string things out a little bit longer, keep things duct taped together for one more budget cycle, until the cavalry arrives…

That would be welcome, of course, and long overdue. But it isn’t realistic to think either Queen’s Park or Ottawa is going to fill our every need, is it? Should they? Yes, they should be redirecting money back to cities on things municipalities should never have been paying for off of the property tax base in the first place including affordable housing and a transit system that provides a regional service. Arguably though, we aren’t even properly funding the things we should be paying for, like parks, planning and libraries, off the top of my head, forcing ourselves to make hard choices about need-to-have versus nice-to-haves through our collective refusal to reach a little deeper into our own pockets.

John Tory promised to bring a more clear-headed, rational, reasonable way of doing things to City Hall. We gave him a mulligan on his first budget, as we tend to do to most new mayors, as they are inheriting somebody else’s work in progress, let’s call it. 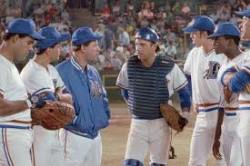 Second time around, however, we’re expecting a little more ownership, a sense of purpose, a manifestation of a mandate.

What’s on offer right now from Team Tory is a black hole, sucking the operation of this city into it. A patchwork of cuts here, additions there, amounting to little more than numbers summing up to zero for no other seeming purpose than because they have to. Governance entropy, waiting, fingers crossed, for an injection of life and energy from somewhere out there in the cosmos.