Keeping Up With The Joneses

It’s odd to wake up on a Monday morning, read through your local news and information and realize there’s a lot of change in the air.

Deputy Chief Peter Sloly suggests a complete overhaul of our approach to policing. Former city council candidate and Better Budget TO co-founder Alex Mazer raises the possibility of some ‘fiscal honesty’. Chief Planner Jennifer Keesmaat has plans on completely re-imagining King Street from Dufferin all the way east to River.

Oh my. I think I just gave myself a case of the dizzies. So much… possibilities!

This comes after a weekend of occasional contemplation on what seems to be the inevitable strategic retreat by Mayor Tory on his heavily touted (by he and his team, at least) SmartTrack transit plan. On Friday stories began to emerge about scaling back and spending less on it. The always dubious ‘western spur’ dropped and replaced (Fingers Crossed!) by the westward extension of the Eglinton Crosstown to the airport. The eastern branch north of the Kennedy subway station quietly binned.

Leaving some sort of expanded GO train-like service tracing the much more desirable Relief Line route, the slightest impression acknowledging SmartTrack even once existed as a concept.

I wondered what the campaign architects of SmartTrack were thinking now. Was this pretty much how the saw things happening? They knew, along with a solid majority of everybody else, that the plan was wholly unworkable. Just get their guy elected, go through the motions, not to mention millions, pretending he was serious about building SmartTrack. When it hit smack dab into the wall of reality, revealed to be the sham it was, stitching together a couple good ideas into an ill-fitting and grotesquely expensive cloth, walk it back, on the advice of the experts that weren’t, apparently, available during the 10 month long campaign.

SmartTrack was an election scheme in no way meant to refute the heavy-rail, off-road transit vision of John Tory’s main rival for the job, Rob-then-Doug Ford. That’s why it was referred to as ‘Surface Subway’. That’s why John Tory backed the Scarborough subway. John Tory refused to confront the political pandering that sat deep in the heart of the Ford approach to transit planning. Instead, he chose to wrestle it into his own image.

So, I look at today’s news, the transformative opportunities, and temper my immediate enthusiasm. Just how willing is John Tory, essentially, to buck the status quo, to grapple with the ghost of the Ford administration? Little so far would indicate his willingness to do so. Every restoration of TTC service he announces is more than equaled by expedited expressway repairs, Gardiner hybrids and traffic flow announcements. Do we really expect him to stand strong in the face of the inevitable outrage at the chief planner’s plans to de-emphasis car travel along King Street and in the downtown core?

Fiscal honesty? I write this as I’m following along with the budget chief’s lunchtime presser. “We did not have to use revenue tools on this budget,” Councillor Crawford told reporters. 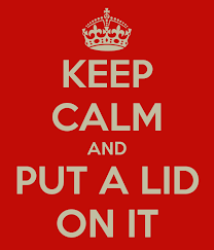 All the while keeping property tax rate increases impossibly low, raiding reserve funds and insisting on line-by-lines cuts to office supplies and travel costs in order to try and plug the inevitable holes in the operating budget. Sound familiar? It should. That’s what’s been passing as ‘fiscal honesty’ at City Hall for the past 5 years or so.

And as mayor, John Tory sits on the Police Services Board that passed over the opportunity to appoint reformer Peter Sloly as Chief of Police, all the while holding the door open for the similarly reform-minded chair, Alok Mukherjee, to make an early exit. He’s already had the chance to help affect much needed change and dropped the ball. Well into his second year in office, it’s difficult not to see Mayor Tory as anything but an obstacle, no less than his predecessor.

Of course, it’s hard to look forward when you’re constantly checking back over your shoulder to see what your competition’s up to. Ultimately, it’s of cold comfort that John Tory defeated Doug Ford to become mayor if, in the end, there’s little to differentiate between the two in matters of policy.

If John Tory really wants to establish an enduring legacy during his time in office, he could do so by challenging the Ford city building and governance mystique head on, bury it six feet under the ground where it belongs. The possibilities in doing so are in evidence in today’s news. But, for me, the mayor’s motivations remain opaque. Like with SmartTrack, he seems more intent on a simple redesign, keeping a uninterrupted message, only delivered by a different messenger.

— not anticipatingly submitted by Cityslikr