Just a quick (here’s hoping) update on the post yesterday re the Brampton city council rejection of the north of Steeles section of the proposed Hurontario-Main LRT, and the ugly horrors the intrusion of parochial interests have on transit planning.

I late linked to a more in-depth article about the Brampton debacle from Sean Marshall at Marshall’s Musings. If you didn’t catch it then, I advise you to do so now. Here’s a snippet.

The Hurontario-Main corridor was selected for LRT simply because it is one of the busiest transit corridors in the Greater Toronto Area outside the City of Toronto; it connects three GO lines and several major bus corridors, it would help urbanize south Brampton and several neighbourhoods in Mississauga. It’s part of a larger regional network, yet six city councillors in Brampton, looking out for narrow, local interests, sunk it.

Earlier in the post, Marshall points out that the line at its proposed southernmost terminus, at the Port Credit waterfront, had been snipped off in a similarly, if less dramatic fashion, due to what he called “community opposition”.

This brought to mind stories our Los Angeles correspondent, Ned Teitelbaum, told us about the obstacle that city faces in its transit plans, a place called Beverly Hills, swimming pools and movie stars. It is one of 88 municipalities in Los Angeles County, home to 35,000 of the county’s 10 million people, and yet it has the heft to be constantly throwing up road blocks to wider regional projects. Bike lanes? Forget it. Rush hour dedicated bus lanes? No way, José. As for a westward subway extension tunneled under Beverly Hills High? Ummmm…

What often times gets lost in the back-and-forth debate over transit planning and proposed projects, all the wonkery and nerd talk pushing it from polite conversation, is any discussion on class and race. The northern portion up into Brampton of the HMLRT was opposed by that city’s well-heeled living in big houses on Main Street. This group included former Ontario premier Bill Davis. 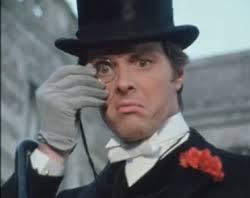 Terms like ‘heritage preservation’ or ‘maintaining neighbourhood character’ get tossed around but it’s hard to avoid looking at the deeper context. Public transit is for other people.

Rarely do you hear those who depend on public transit — many, economically and socially marginalized — complain that the service is too close to where they live. That it negatively impacts the character of their street. That it threatens the heritage of their neighbourhood. How the overhead wires interfere with their view. Those kinds of concerns are for other people.

Equally, just how much say should we be giving to individual communities when it conflicts with wider objectives? Yeah, I’m talking about the greater good here. As Marshall writes in his post, the proposed Hurontario-Main LRT was chosen because it runs along “one of the busiest transit corridors” in the GTA and “connects three GO lines and several major bus corridors”. 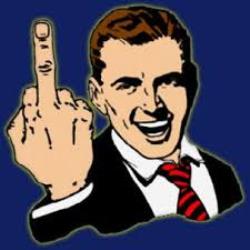 And it gets tossed aside because a handful of elected officials, listening to a handful of voices, albeit persuasive ones, don’t want it?

It’s a prickly situation, to be sure. I’m advocating for the railroading, so to speak, of local opinion because it’s acting as a detriment to a wider regional transportation plan for no other discernible reason aside from self-interest. But I’m at a loss how else you put the ‘we’ ahead of ‘me’ when it’s the emphasis on the latter that’s got us all bogged down in the first place.