Round 2 of public meetings for the city’s Ward Boundary Review began last night, at a community centre near Dufferin and Eglinton Street.

Along with 5 people from the consulting team conducting the review, a few minutes after the scheduled starting time, I was the only member of the public in the room. Not long after, a staffer for a councillor from a nearby ward appeared. A half hour or so later, a 3rd person showed up, another regular at the previous round of public consultations.

By the time everyone packed up to go home, about an hour into the proceedings, that was the full extent of the turnout. If this had been a theatre performance, where the cast numbers more than the members of the audience, the actors would have been obliged to take us out for drinks. Or so I am told.

At some point of time, the excuses get old.

I’m busy. It’s too far away. Wednesday’s are bad. The kids got soccer. I’m tired. Nobody told me. 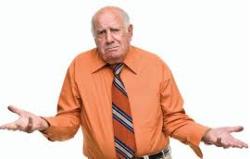 From the very beginning of the public consultation outreach of this review, back last December, with 12 meetings, 3 in each of the city’s 4 community council areas, 2 weeknight sessions and 1 on Saturday, this has been a very open and transparent exercise, highly encouraging and supportive of public input and opinions. After round 1, an extremely readable and clear report was written, outlining the 5 options that were being put up for debate and the reasons why they were included while others weren’t. People were listened to and their opinions were factored into the report’s findings and decisions.

Kinda, sorta like we say we want to be governed.

Yet, there we were last night, 8 of us, all counted, 5 of whom were paid to be there, 6, I guess, if you count the councillor’s staffer.

The room was set up to accommodate, I don’t know, 50 people, say? I know the nuts and bolts of ward realignment are probably a little wonky, nerdy, so I wasn’t expecting a packed house although we were literally – and I don’t use that word figuratively here – we were literally discussing reshaping local democracy.

So, 10 interested members of the public maybe? It was a warm September night, for sure. (Last January it was too cold.) David Price was starting for the pennant seeking Blue Jays. (Last December was close to Christmas.)

One of the consultants pointed out that nearly 400 people had filled out the online surveys. So there’s that, I guess. In a city of 2.6 million, you do the math on that.

The cranks (and I include myself in that grouping) get listened to. Listened to and, ultimately, ignored if our views are deemed to be unworkable. Hello, cutting council numbers in half cranks!

Politicians will look at the scenario, the abysmal public turnout except for the cranks, and conclude, rightfully so, it seems to me, that we just don’t give a shit. I mean, last night, the local councillor where the meeting was conducted, Josh Colle, Ward 15, didn’t even send an assistant to participate.

Why bother wasting time when nobody else was willing to?

Politicians will then go about making a decision assuming, again, rightfully so, that it doesn’t really matter to most people. They wouldn’t be wrong, if turnout last night is anything to go by.  The people have not spoken. M’eh. Whatever.

We get the politics we deserve, I guess. And if our politicians show a propensity to serve only their own self-interests, do we have any right to complain? We certainly aren’t showing much interest in the business of politics.