Of all the reasons that steer me in the direction of, what would you call it? Fuck An Olympic Bid?, the one most compelling is the cynicism sitting right at the heart of Toronto 2024 proponents. 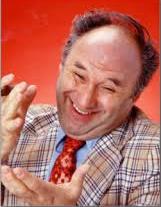 Maybe cynicism is too strong a word. Pure political calculation might be more appropriate.

If we get the Olympics, X piece of infrastructure will get done. The Olympics will bring us new social housing. A forced Olympics deadline will deliver all those things this city has been clamoring for for a generation now.

It seems in this day and age, a wholly adequate 1970s transit system for a city of 2.5 million in 2015 fails to meet the definition of any sort of deadline. 7500 homes boarded up in less than 10 years if more funding is not forthcoming from senior levels of government for Toronto Community Housing does not constitute any firm deadline. No. The only deadline that matters now is the discriminating gaze from the rest of the world as it turns its attention toward the Olympic host city, 20xx.

Our international reputation is on the line here, people. Time to pull up our socks. The clock is ticking!

I’m not about to get into all the nitty gritty about the pluses and minuses of hosting the Olympics.

It’d be generous, I think, for me to call it a wash. Sure, cities get stuff they didn’t have before, some of it necessary even. But the costs for that seem to be very, very steep.

On CBC’s MetroMorning this morning, former Olympic bid… guy, Bob Richardson (but definitely not that thing this time around) blithely assured the radio listening audience that the International Olympic Committee have changed their tune and the body is now more reasonable in its approach. “The IOC is really trying to ratchet down their costs…and making the rules a lot more flexible,” he told host David Common.

Somebody ought to tell officials down in Boston that news. A report that came out after the city decided it wasn’t going to bid on the 2024 Games after all paints a slightly different impressionistic picture of the IOC, the bidding and hosting process.

The report found that the risks it examined are inherent to the bidding process as specified by the International Olympic Committee, calling them “inflexible elements” of any bid. “In requiring these guarantees, the IOC imposes financial risk on the part of those entities providing the guarantees and, ultimately, in the case of Boston, on city and state taxpayers.”

That was just after stating this finding:

The State and Local governments, while having only limited ability to influence and shape the bid, would bear significant financial risks as the ultimate guarantors under the financial Letters of Guarantee. All of the risks associated with public infrastructure spending would fall completely on the Commonwealth. The taxpayers of the Commonwealth of Massachusetts would be the ultimate risk bearers.

In my experience, always be wary of those assuring us that this time, it’ll be different.

Even if you can justify an Olympic investment in terms of the benefits accrued, all your t’s are crossed, your i’s dotted, it feels a little like a civic hostage taking. Do the bid or the city gets it.

Rather, do the bid or the city doesn’t get it. Affordable housing? Dead. Transit upgrade? Dead. All infrastructure needs? Dead, dead, dead.

And what happens if your city is deemed not Olympic worthy? Sorry, Winnipeg. Nothing for you this decade because the feds are throwing a shitload of money at Olympic Host City X to show the world what a great country we are. Maybe team up with Regina and Saskatoon for a co-bid in 20 years or so.

“We got more done in the last 5 years [leading up to the PanAm/ParaPan Games] than we did in the previous 15 years in terms of infrastructure,” Mr. Richardson told Metro Morning.

Does that mean in order to invest in basic upgrades to the city, we have to be in perpetual bid mode? Bring the world to us and reap the benefits. Otherwise, this is the reality of our situation. “Almost half of Ontario’s municipalities have to hike property taxes by at least one full per cent to raise $50,000,” the Association of Municipalities of Ontario president, Gary McNamara, told the conference this week.

“Policy-makers at Queen’s Park need to understand (it all adds) up to one serious problem faster than they can imagine.”

“There is a strong case for municipal government to be better funded than it is, not just in Ontario, but in other jurisdictions across Canada,” he said, pointing out that “the federal and provincial governments receive 4 or 5 more times revenue than municipalities” which represents more than 90% of every tax dollar collected at every level of government.

Yet increasingly, cities have to gussy up and perform pony tricks to access necessary funds from their ‘partners’ at the senior levels of government in the hopes of keeping things running properly. Local politicians tap into that dynamic, some using it to absolve themselves of responsibility for, you know, governance. You want project X? Well, dance, monkey. Dance. The alternative is to go to war with Ottawa and Queen’s Park or, heaven forbid, start tapping into our own methods of revenue generation to get that project done.

Instead, we choose to use an Olympic bid as the middle man for major transactions between our elected officials, facilitating the movement of money from public coffers to public good. For their efforts, middle men skim a little of that cash off the top. Nothing underhanded or particularly shady, it’s just the nature of middle manning.

But it does raise the question why, in terms of building necessary infrastructure, a middle man is required?