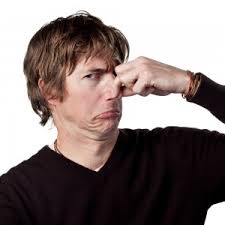 On a side trip from the Federation of Canadian Municipalities in Edmonton down to the San Francisco Bay area to meet with somebody or other from Cisco systems to talk about—actually, at this point in the story it doesn’t matter, Mayor Tory’s chief of staff, Chris Eby, tweeted this from a cab on the way in from the airport:

Enroute from SFO to San Jose with [Mayor Tory]. Asked the driver what happened when the Embarcadero was torn down. “Traffic is much worse.” This guy makes his living driving. So I tend to believe him not the mythology that traffic just disappears.

The Embarcadero was an elevated expressway in San Francisco that came down in the 1989 earthquake. It was replaced by an at-grade roadway. You can read about it in a Toronto Star article by Edward Keenan, San Francisco’s waterfront freeway was removed 25 years ago. No one misses it. No one except the mayor’s driver, apparently.

The “mythology” the mayor’s chief of staff referred to is the heavily studied, real-life phenomenon referred to as, disappearing traffic. It suggests that traffic levels drop as road space decreases. The Globe and Mail’s Oliver Moore details it in his article about the West Side expressway in New York. If you think he’s just some biased, lying journalist, there’s an academic study about it that looked at cases in some 70 cities that pretty much confirms the thinking.

For the mayor’s chief of staff, however, it’s simply “mythology”. Public Works and Infrastructure Committee chair, Jaye Robinson, simply stated she didn’t believe it when questioned during her press conference this week, called to announce her support of Mayor Tory’s “hybrid” option for the Gardiner east. My opinion is set. Keep your facts away from me.

I don’t know if it’s too strong a statement but, I’ve come to believe, that even this early in his administration, Mayor Tory has lost any and all moral authority the voters of this city gave him last October to lead this city. On this particular debate, along with the issue of police carding, he’s simply stood in the way of reform and good governance. He’s proven as resistant to change as his predecessor and, more alarmingly, equally as comfortable engaging in orchestrated campaigns of outright misinformation. Misleading rather than leading.

At every opportunity, he spouts the words ‘practical’, ‘sensible’, ‘prudent’, ‘rational’, almost as if he’s trying to convince himself that’s what he’s engaged in. But clearly they’re being used as words of incantation in an attempt to create the illusion of all those things. If the words are spoken out loud enough, it creates the appearance of reality.

And for the city councillors insisting on following him down these crooked paths back to the past, they’re proving themselves unfit to govern. For many, we already knew that. For others, we suspected. A few, however, we held out a little hope for. But that door’s now closed.

Your job as a city councillor (or any elected official) is to look at all the information set out in front of you and make the best decision possible. For your constituents. For your community. For the city at large. Hopefully, that decision will align with the mayor. If it doesn’t, a city councillor is not indebted to the mayor’s office, the job description is not to punch the mayor’s ticket. It’s to do the right thing for those who put you in office.

Sometimes, as in the case of the Gardiner east debate, doing the right thing flies in the face of the term Mayor Tory has hijacked for his own purposes, ‘common sense’. Less road space naturally leads to more congestions and traffic ‘chaos’, as the “hybrid” supporters claim. That’s just common sense.

Yet, it isn’t. Anyone who’s spent even an hour reading up on the issue would know that. If they were open to ideas and facts that challenged their beliefs and biases.

Obviously, Mayor Tory and his merry band of “hybrid” supporters don’t possess such capacity. Rather than going out and explaining to sceptics about the upside and benefits to bringing down the 1.7 kilometre stretch of the Gardiner east, alleviating the fears of ‘traffic chaos’, they’ve chosen instead to ramp up the fear-mongering, ignore the facts and evidence in front of them, and cling desperately to dated thinking about city building.

Toronto may be saved from these worst instincts if city council does go with Mayor Tory’s “hybrid” option next week. There’s plenty of reason to think cooler, more rational heads will prevail. The provincial government could nix the “hybrid” option if it’s determined to deviate too far from the 2009 environmental assessment’s terms of reference. A new federal government in the fall might view the “hybrid” option as a breach of the tripartite agreement on waterfront development. Possible litigation against the city from developers of waterfront properties negatively impacted by the “hybrid” solution.

Deux ex machine-like, the city could be rescued from the sheer incompetence of its city council, if the Mayor Tory led ineptitude wins out next week. That shouldn’t blind us to the fact that, once again, we’ve elected a mayor and a large percentage of city councillors who are not up to the task of leading this city with any sense of vision, bravery or forward-thinking insight. We seem to have a knack for that. We need to start figuring out why.