“There are two kinds of statistics. The kind you look up and the kind you make up,” read city councillor, Michelle Berardinetti, during a press conference co-conducted yesterday with the city’s budget chief, Gary Crawford, to advocate for Mayor John Tory’s “hybrid” plan for the Gardiner east.

The statement was made during a melange of words being said where the councillor contended that maintaining the elevated expressway was the best course of action, environmentally-wise, to battle carbon emissions. Idling cars, stuck all up in traffic created by the removal of the 1.7 kilometre eastern most stretch of the Gardiner, spewing their noxious fumes into the air. Don’t believe Councillor Berardinetti? Just look it up.

If you did, you’d discover that, according to a city staff report, replacing the elevated bit of the expressway with an at-grade 6 lane roadway would actually reduce carbon emissions by 12% over keeping things pretty much as they are now. So, kind of the exact opposite of the councillor’s assertion. But hey. She did warn us. Some stats you just make up.

Once more, we are left with the question that overhangs almost every one of the Tory administration’s decisions. Why? 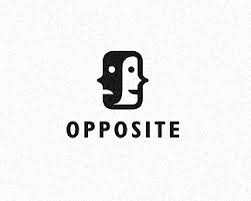 What are they thinking? What’s the end game here?

The stridency with which the mayor has pursued his preferred option on the Gardiner question, full as it is with obfuscation and blatant dishonesty, remains startling. In the face of mounting evidence against it and very, very soft support for it, he has chosen to side with the likes of the Canadian Automobile Association and its campaign of misinformation. When allies and friends publicly advise him to go in another direction, Mayor Tory brushes them aside. “I have to stand here in 2015 as the Mayor of Toronto.”

Obstinancy and willful disregard of information that runs contrary to your opinions doesn’t always come dressed up in an ill-fitting suit with the smell of booze on its breath.

That kind of small-mindedness gets easy to work around. With this mayor, it’s far more difficult. You think, but he seems so reasonable.

And believe me, Mayor Tory really wants you to think that. He tells us that’s the case every chance he gets. Sensible. Reasonable. Practical. He’s read stuff. Lots of stuff. He has an informed opinion that should be treated equally to that of the professionals who are standing in opposition to him. Let’s just disagree to disagree, shall we. Respectfully. Mayor Tory’s got a city to run.

Because his predecessor took such obvious pride in his anti-intellectual, going with the gut instincts, it was easy to dismiss him. Confronted with someone who assures us he’s put a lot of thought into issues and policy – he’s up early every morning, reading a stack of reports, in case you’ve forgotten – we pause, wanting to give him the benefit of the doubt. He does seem… How did he put it again? Sensible. Reasonable. Practical. Maybe there’s some merit in what he’s telling us. 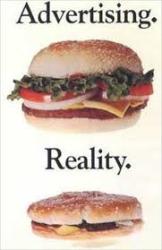 If there was merit, Mayor Tory and his surrogates on council wouldn’t be resorting to what Councillor Berardinetti called ‘made up statistics’ and outright fabrications. “Reminder that objectively good policy ideas generally don’t need lots and lots of lies told about them.” The Globe and Mail’s Transportation reporter, Oliver Moore, pointed out that a claim being made by the pro-elevated expressway group, Don’t Cut Me Off, was “simply not true.” In [the] Gardiner East debate,” the Torontoist’s co-editor David Hains wrote, “one side is consistently disingenuous or wrong.”

That’s the side Mayor Tory insists on standing with. Toronto’s just endured 4 years of that kind of obdurate truculence and disregard of sound counsel and best practices. John Tory was supposed to be different. He heralded a return to reasonable, sound, boring governance. Too many of us bought it.

This entry was posted on Wednesday, June 3rd, 2015 at 2:00 pm and is filed under City Building, City Council, Municipal Politics, Newspapers, Press coverage, The Globe and Mail, The Toronto Sun, Toronto Star. You can follow any responses to this entry through the RSS 2.0 feed. You can leave a response, or trackback from your own site.